Appearing at a South Bronx senior center to inform locals that a deadly Legionnaires’ outbreak is on the decline, the mayor chastised multiple reporters for asking about a Bronx hotel’s claim that the city provided them with no information about the disease after the hotel, the Opera House Hotel, tested positive for Legionella.

A representative, Empire Hotel Group Vice President Glen Isaacs, accused the City Health Department of being reckless and secretive, and said they only interacted with “low level people” from the de Blasio administration.

“I don’t know why there’s such great concern for the owner of a hotel when we’re talking about a disease outbreak that’s affected so many people. That’s our concern,” Mr. de Blasio said, noting he was “sorry” Mr. Isaacs was upset. “Let’s put the horse before the cart here. We care about the people who have been affected by this disease and their families and we want to make sure no one else catches this disease.”

“If that’s what you guys want to talk about, I find it really interesting that a hotel owner’s feelings are more important to you than what we’re doing to stop a disease—but feel free,” Mr. de Blasio testily added.

A reporter asking a follow-up question about the Opera House Hotel was cut off.

“Forgive me guys, you really have to pay attention to what’s important and stop following these smaller stories,” he said. “We erred on the side of transparency and disclosure, and that’s the bottom line and that’s much more important than a few [minutes] of this individual.”

The controversy began after the New York Times published a story today about how the Opera House Hotel, a symbol of the South Bronx’s revival, was identified by the city as one of the five sources of the pneumonia-like outbreak, which has killed 12 and sickened 115. An anonymous Health Department official told the newspaper that the hotel’s cooling tower, since disinfected, was the “most likely source of the outbreak.” The Times, quoting city officials, also described the hotel as a “hot spot” for Legionnaires’.

“Rather than working with us, New York City Health Department officials have refused to provide us with any information,” Mr. Isaacs stated. “When we have heard from city officials, they have been low level people who called to tell us they don’t have access to information. It has been a frustrating experience, to say the least.”

Mr. Isaacs fumed that the de Blasio administration had released unconfirmed information. The mayor said today that ongoing tests will soon determine where exactly the outbreak originated and why it was the worst in the city’s history.

“The anonymous statements attributed to city health officials in today’s New York Times takes this reckless behavior to a new level,” Mr. Isaacs continued. “It’s outrageous that these officials would offer little more than speculation to the Times, while admitting in the same article that the information could be wrong.”

After Mr. de Blasio’s press conference today, Mr. Isaacs said in another statement that he had received “better if incomplete information” from the city.

“First, the officials made clear they could not confirm the wild speculation from anonymous sources in the media today that cited the hotel as the original source of the disease in the Bronx,” he said. “We made clear to the DOH [Department of Health] we viewed these statements as completely inappropriate, even reckless. We hope the information is wrong but did not get solid answers to that question today.”

“We have tried to cooperate with the city and the state, and our only request is that the city share information with us in a timely manner and avoid anonymous speculation that serves no one’s interests,” he added. 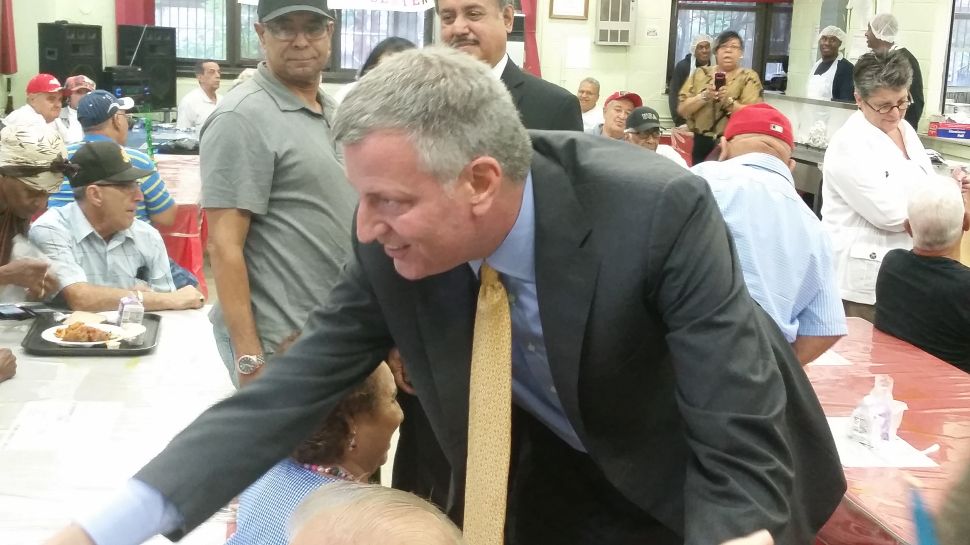