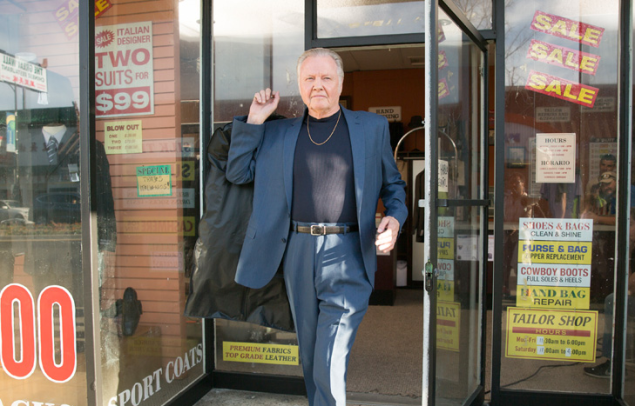 The Donovan boys have developed a constellation of tricky problems. Ray is swiftly diving from the L.A. crime firmament, Mickey hit the ground long ago and is now tunneling down into the bedrock, Terry’s guilt and Parkinson’s Disease are driving him mad, and Bunchy’s got a wedding to plan! “All Must Be Loved” seems to ask whether these gents fare any better as a team than they would individually. Ray struggles mightily to protect Terry and Bunchy, and Mickey throws them all the henchman work he can, but does anyone really benefit when they all get their heads together? They will need to find a new alchemy to stave off the problems they’ve made for themselves.

And the Tri-Colored Blackbird is about to get gentrified out of the Los Angeles basin. Is all hope lost? Read on…

Perhaps because Andrew Finney has placed him on Indefinite Gangster Probation and perhaps also because he’s promised his wife that they can buy a failing Boston dive bar, Ray is not letting go of his dream of owning three percent of a Los Angeles football team. Even without the help of a crooked governor, certainly he and Paige can set about bribing and assaulting people. First on their list is the Commissioner Of Fish And Game, who gracefully accepts two hundred thousand dollars to sell out the birds who nest at the future location of Paige’s stadium.

Just as his graft campaign is picking up steam, though, Ray receives a call from Father Romero, who requests a meeting. Against all odds, it appears that Romero is an actual priest who works for the actual Paraclete, a support organization for Catholic priests, here depicted as a residential program for sexual predators. Romero implores Ray to confess that he murdered Father Danny, insists that Father Danny reported his crimes to the church, and implies that if Ray confesses, Romero will not pursue legal action against the Donovans. Ray nearly enters the confessional, but balks at the last second and opts to viciously beat Romero instead. For their trouble, the Donovan brothers are excommunicated from the church on the spot.

Terry visits a doctor who advises him to retain full-time in-home medical assistance. Ray makes plans to install Terry in his spare room, but by episode’s end, perhaps sore about having been excommunicated, Terry refuses.

Bunchy announces to Ray that he and Teresa will soon marry, and asks for control of his settlement money. Ray refuses him the money and expresses skepticism about the solidity of his relationship with Teresa. Bunchy also admits that he’s told Father Romero about the circumstances surrounding the death of Father Danny. Ray and Terry accept this news with the calm reserve that has become the hallmark of the Donovan Way. This conflict and rejection primes Bunchy to fall into his father’s clutches.

Mickey’s organization has snagged- he owes thirty thousand dollars to the Davros Minassian, and Davros is using that as a pretext to repossess Daryll’s limo and rob the prostitutes who work for them. Mickey demonstrates his characteristic foresight by planning to meet under the pretext of paying the Minassians their money but instead to beat Davros and associated henchmen with a metal pipe. Bunchy arrives at Mickey’s headquarters offering news of his nuptials and seeking allies in his quest for his settlement money just in time to stumble into the role of wheelman for the Davros meeting. Plan Pipe does not survive first encounter with the enemy, and Bunchy watches as Mickey and Daryll are beaten at length by Davros and company. Bunchy eventually joins the fight and turns the tide with a lethal-seeming barrage of fists and rage.

Bridget continues to moon over Mr. Donellen, and because of a series of conversational crossed wires, Abby encourages her to make a pass at him. Is that just a passing irony, or will Abby feel morally culpable when Ray eventually attacks and/or kills Donellen for his proximity to Bridget?

Mickey’s praise for Bunchy’s vicious ways (“You were a lion out there tonight.”) is tragic. Last season, Mickey preyed on Terry’s self-hatred and isolation to draw him into a failed dispensary heist that sent him to prison and left him a shattered mess. Here we see Mickey offer Bunchy the easy approval he can’t get from Ray in exchange for his muscle. Worse, the manipulation teaches Bunchy that there is deliverance to be had in brutality, when Bunchy’s great gift is his sensitivity.

“All Must Be Loved” also stops to question whether Ray’s influence over his brothers is any more beneficial. Ray tries to act in their interests, but acts mainly by infantilizing them and robbing them of agency. Terry doesn’t want to be put up in Ray’s house any more than he wanted to be sprung from prison. Ray is propping him up in a fight that he’d rather quit. Bunchy could obviously benefit from a guiding hand, but Ray’s method is to separate him from his money and denigrate his ability to form new relationships. The Donovans have an instinct for sticking near each other, but it isn’t clear that it’s doing any of them much good.

Paige has served Varick with divorce papers. This is likely fairly sad, depending on whether or not they liked each other and how they came to be together.

It comes as a tremendous disappointment that Father Romero is an actual priest and not a Gene Parmesan-style master of disguise representing yet more sinister forces. Still, he knows that an effective shortcut to becoming an intriguing character in a genre piece or documentary is to keep pigeons in a rooftop coop.

Mickey and Bunchy’s brief discussion of Teresa reminds the viewer happily that it’s been quite a while since Mickey has loudly announced to strangers the details of his sexual appetites.

Terry seems deeply aggrieved at having been excommunicated despite the fact that all of the Donovans seem to have adopted a pragmatic and situational strategy for adhering to the moral dictates of the church.

It’s great to see that the Computer Generated Bird Flock Of Ill-Portent from the first season of True Detective is still getting some work.

Father Romero can’t have solved the entire Mystery Of Father Danny just to have the opportunity to hear Ray’s confession, can he? Put another way: Ray has good reason to think twice before he walks into a small room of someone else’s choosing and admits aloud to the commission of a murder.

Teresa has made a whiplash-quick transition from “I’m leaving town and never again shall we see each other” to “our shared bedroom contains a shrine to my brother which features an actual full-size dead bird.” 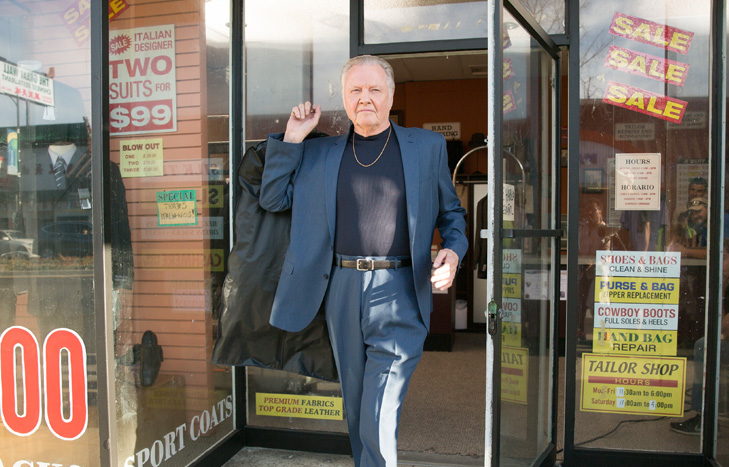