We doubt real estate executives get too sentimental over the sale of their apartments, particularly lucrative ones, but now would be the time, if there ever was one, for Related CEO Jeff Blau and wife Lisa to shed a few tears over their old co-op at 1040 Fifth Avenue.

After one year and a few not-so-negligible price cuts, the Related Companies CEO and his wife have sold the apartment to Tulpe LLC for $30 million; the co-op went into contract this April, as the Observer previously reported.

The Blaus purchased the eleven-room apartment for $21.4 million in 2008 and after a perfectly respectable tenure of six years, listed it for more than twice the amount—$43 million in 2014.

In all fairness, the couple has shown themselves willing to pay premium prices for their personal real estate—last year they purchased a townhouse 113-115 E. 70th Street for a widely-discussed $51 million from former Coach executive creative director Reed Krakoff—so perhaps they expected the same of a buyer.
No matter, the 1040 Fifth pad is sold now. And $30 million is no pocket change. While it might not have quite the same level of luxury as their new townhouse, it’s hardly shabby—the four-bedroom, 4.5-bath co-op was featured in Architectural Digest in 2011 after a three-year renovation by Shelton, Mindel and Associates. Mrs. Blau told the magazine that she and her husband both like a “modern aesthetic,” and that  Mr. Mindel was able to satisfy her love for color and her husband’s preference to stay away from it by selecting a tangerine and lime palette for the living room and dining room, and throwing in colorful accents elsewhere.

Mr. Blau kept it in the Related family with the brokers—Emily Beare and Elizabeth Beare at Core (Related purchased a fifty percent stake in Core in 2014). The Mlles. Beares had no comment on the sale, but per the listing, the co-op has a private elevator landing and features original herringbone floors, a planting terrace, and a wood-burning fireplace. The tastefully done en-suite master bedroom, meanwhile, has its own private terrace and no less than four closets. 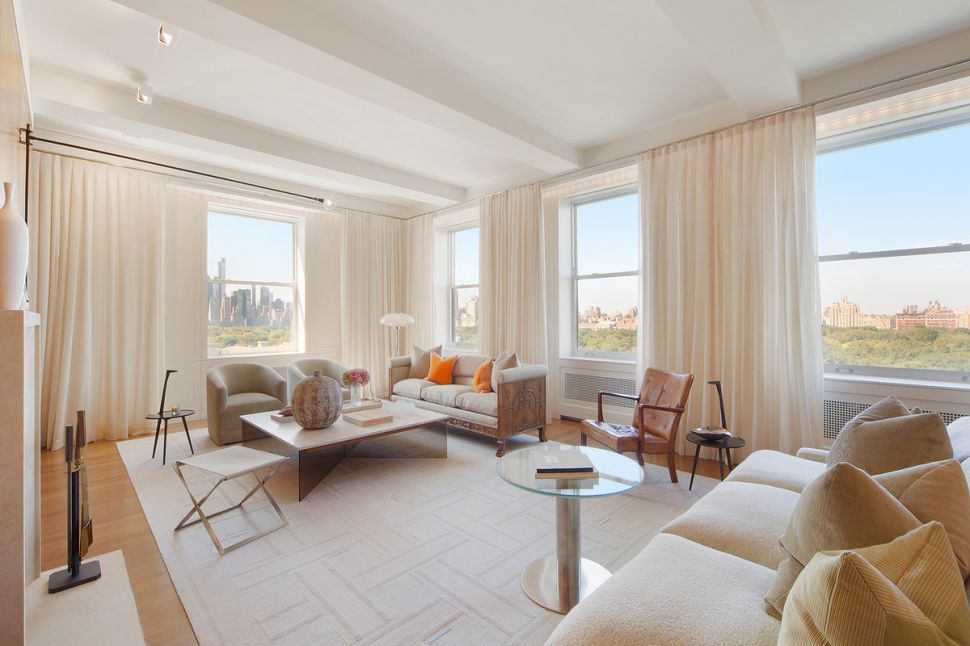