Two elected officials from a deeply religious section of Brooklyn tore into Congressman Jerrold Nadler after he announced this morning that he would support the Obama administration-backed deal to ease sanctions on Iran in exchange for a pause in the Islamic theocracy’s nuclear program—with one enraged politician going so far as to park a bus draped in ironic pro-Iranian banners outside Mr. Nadler’s office.

Assemblyman Dov Hikind, who last month was arrested protesting the deal outside Sen. Charles Schumer’s office, told the Observer the idea to rent a double decker tour bus and cover it with smiling posters of Ayatollah Ali Khameini came from concerned constituents of Mr. Nadler’s sprawling Brooklyn-Manhattan district—which overlaps with Mr. Hikind’s Hasidic and ultra-Orthodox turf in the neighborhoods of Midwood and Borough Park. After leaving the vehicle for several hours outside Mr. Nadler’s lower Manhattan office, the conservative state legislator said he would be taking it on a tour of the city, visiting officials who choose to follow Mr. Nadler and Sen. Kirsten Gillibrand in backing Joint Comprehensive Plan of Action with Iran.

“I thought it was a great idea, a tongue-in-cheek way to get the message across,” Mr. Hikind said in a phone interview. “The ayatollah, the leader of Iran, is thanking Jerry Nadler for making this deal possible.”

Proponents of the deal argue that Iran is currently just months away from developing weapons-grade uranium in any of its 19,000 enriching centrifuges, and that the arrangement—which Secretary of State John Kerry helped broker—will force the theocracy to shut down its program for at least a decade. Critics like Mr. Hikind, Mr. Schumer and several members of New York City’s congressional delegation argue that the inspections process laid out in the plan is too weak to prevent the country from continuing its atomic weapons program in secret—while the elimination of sanctions will rejuvenate the Iranian economy and allow it to create a ballistics system capable of delivering a nuclear warhead to targets in the United States and Israel.

“I think the only person who’s really happy, and is rejoicing at this deal, and laughing at America are the leaders of Iran. They got everything, and we caved on everything,” the assemblyman told the Observer.

“I join my fellow Brooklynites in outrage that Congressman Jerry Nadler has announced his support of the Iran deal against the overwhelming wishes of his Jewish constituency,” Mr. Greenfield wrote, adding he had spoken to the congressman on the phone today. “We are furious that our community does not have a voice in Congress and can not forgive him.”

Mr. Nadler, one of the most progressive Democrats in Congress, is known as a fierce Israel supporter representing a large number of Jewish people. Though his district includes many of Mr. Greenfield’s and Mr. Hikind’s hawkish constituents, Mr. Nadler’s turf on the West Side of Manhattan also includes many secular or liberal Jews who strongly support President Barack Obama.

Mr. Nadler’s office did not immediately respond to requests for comment.

Even if Congress votes against the deal, Mr. Obama will have the power to veto their decision, and most observers agree opponents will be unable to rally sufficient support to override the veto. 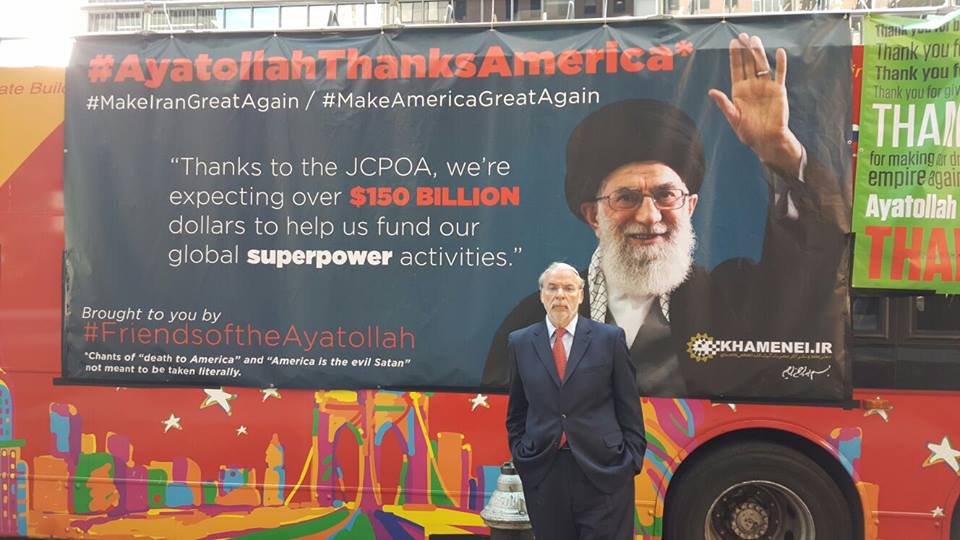