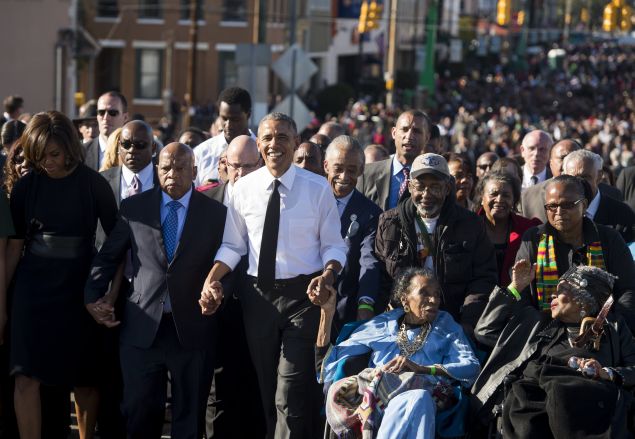 Amelia Boynton Robinson was violently beaten by police on a day that would become infamous as “Bloody Sunday,” March 7, 1965. While marching from Selma to the state capital, Montgomery, Alabama State Troopers rode horses, yielded batons, and donned gas masks, to break up the bold and courageous protest led by Dr. Martin Luther King Jr. against people of color being denied the right to vote. The harrowing image of the 52-year-old widower unconscious in the aftermath helped secure voting reform in the state. Boynton was left for dead, but the echoes of her stand that day, with profound clarity, show the brutality people of color faced, and still continue to face, in taking a stand against racial injustice in America.

Today, at the age of 105, Amelia Boynton Robinson passed away.

Racism is an insidious plague that often remains undetected and unacknowledged on individual and institutional levels, marginalizing all who aren’t members of the dominant white culture.

Boynton played a key role in convincing Dr. Martin Luther King Jr. to travel to Selma, Alabama in the first place, and she was the first African-American and first woman to ever run for Congress in the state of Alabama.

Dr. Martin Luther King Jr. wrote in his 1963 Letter from Birmingham while imprisoned, “I am cognizant of the interrelatedness of all communities and states. I cannot sit idly by in Atlanta and not be concerned about what happens in Birmingham. Injustice anywhere is a threat to justice everywhere. We are caught in an inescapable network of mutuality, tied in a single garment of destiny. Whatever affects one directly, affects all indirectly. Never again can we afford to live with the narrow, provincial ‘outside agitator’ idea. Anyone who lives inside the United States can never be considered an outsider anywhere within its bounds.”

Half a century later-with nationwide injustices of police brutality taking the lives of unarmed people of color, Boynton’s legacy as an America hero is a shining example to follow her example, and stand up defiantly against today’s injustices. We must utilize the lessons her struggles taught us in history to avoid repeating them today.

“One wishes that Americans, white Americans, would read, for their own sakes, this record, and stop defending themselves against it,” wrote James Baldwin in an article written in 1965 entitled “Unnameable Objects, Unspeakable Crimes.” “Only then will they be enabled to change their lives. The fact that Americans, white Americans, have not yet been able to do this- to face their history, to change their lives-hideously menaces this country. Indeed, it menaces the entire world.” Baldwin adds, “For history, as nearly no one seems to know, is not merely something to be read. And it does not refer merely, or even principally, to the past. On the contrary, the great force of history comes from the fact that we carry it within us, are unconsciously controlled by it in many ways, and history is literally present in all that we do. It could scarcely be other- wise, since it is to history that we owe our frames of reference, our identities, and our aspirations.”

America has yet to move on fully from the effects that slavery and centuries of racism have imprinted on our culture. The failure to do so continues to impede any strides toward equality and justice for all in our society. Racism is an insidious plague that often remains undetected and unacknowledged on individual and institutional levels, marginalizing all who aren’t members of the dominant white culture. In remembrance of civil rights matriarch Amelia Boynton Robinson, let us remember the dark episodes of our past together as we look forward to the seventh generation in continuing making progress turning civil wrongs into civil rights. In the words of Langston Hughes, a poet of mixed European, Native American and African-American heritage, “Let America be America again.” 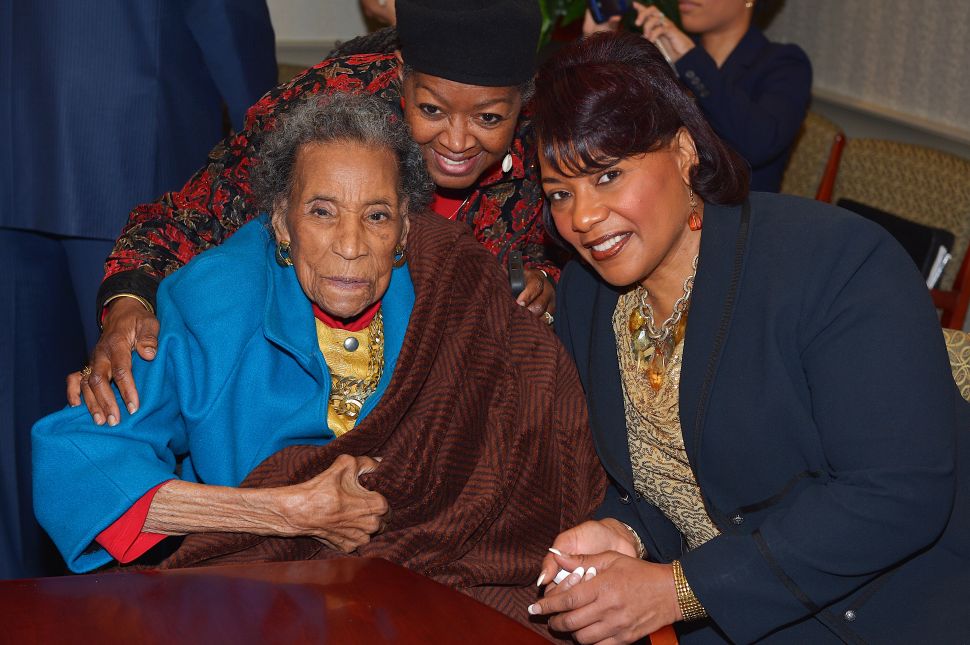