Last June, the beautiful actress Rose McGowan—best remembered as HBIC Courtney from the 1999 teen film Jawbreaker; the supernatural Paige Matthews from five seasons of Charmed; the sultry Pam from Tarantino’s Grindhouse; or maybe even as the one-time fiancée to Marilyn Manson—got annoyed.

She had received a casting call notice requesting that actresses wear form-fitting clothes that emphasized their cleavage: “push-up bras encouraged.” She tweeted it, along with this: “Casting note that came w/script I got today. For real. name of male star rhymes with Madam Panhandler hahahaha I die.” It was an Adam Sandler movie. Shortly afterward, her agent fired her.

To some, she may be an unlikely candidate for fighting misogyny in the entertainment industry—a famed 2007 Rolling Stone cover (one of her many magazine covers) has her and Rosario Dawson wearing the kind of outfits that would have guaranteed them top billing in that Adam Sandler movie. But she said she grew up with an activist father, so her passion for social justice shouldn’t be much of a shock. And smart career move? Just maybe. That attention-grabbing tweet came right before the New York City premiere of the first film she directed, Dawn.

Now 41, and a filmmaker, Ms. McGowan is determined to prove her talents go beyond acting and making the pages of gossip rags. Largely absent from the public eye for a few years (after appearing in more than two-dozen films), Ms. McGowan has shifted her focus to working on private business ventures and is now directing and singing—something most people don’t know she’s been doing “undercover” for years, she said.

Last year, Dawn, premiered at the Sundance Film Festival and was nominated for the Grand Jury Prize for Best Original Short.  She starts filming a full-length feature with a company known for working on women-centric projects this fall. Going forward, acting won’t be the focus of her career for the foreseeable future, she hopes. Now, she finally feels like she has a voice in the industry she’s been a part of for so long.

Over dinner at LES hotspot ACME, McGowan dished to Observer about her upcoming feature-length film, her absence from the public eye and taking a stand for women in the entertainment industry.

Was the short film Dawn your first foray into filmmaking?

Dawn was my first foray into doing everything: having my name on something. It was my first foray into filmmaking. I’m in a strange situation. I spent over 57,000 hours on sets. I grew up in this. I know what I’m doing from the inside-out. I’ve had a film education second-to-none that’s really unique. I know films from gathering the money together to being on the cover of Rolling Stone: the business and the arts side of things. I’m in a pretty unique position. The first-time director thing works for me, but it kind of doesn’t work for me. I’m in my own category.

You’re coming out with a feature-length film via Sundial Pictures and Tangerine Entertainment. What’s it about?

It’s set in 1971, and it’s called The Pines. I’m calling it an art thriller because the girl hallucinates a lot, and I’m going to be drawing a lot from the art world for it. The girl is in a mental institution and has a disorder where she hears a-tonal musical notes wherever she goes… She can’t prove to the people in the institution that she has these hallucinations, so they make her leave. She tries to rejoin society, and it doesn’t go well… It’s really about a girl who’s completely lost, lost in the world of her mind and the world of sound.

First-time director? I’ve had over 57,000 hours on sets; a film education second to none. I’m in my own category.

You were recently the opening singer for Mary J. Blige at an event. Did you just start making music recently?

I’ve sang on soundtracks before. I’ve sang other songs under different names… I’ve basically been conducting a funny experiment on the public in a weird way. Maybe I’ll tell people in a book when I’m 80.

So, for most people who don’t know, what does your music sound like?

It’s raw—it’s real. I don’t do auto-tune. I usually do one or two takes. It was very bizarre and fascinating—opening up for Mary J. Blige. It’s very tonally different—but two boss women… I thought I’d pass out. It’s kind of like Eminem says, “Success is my only motherfuckin’ option. Failure’s not.” My first single will be “For You Only” and it will probably be coming out in a month or two.

What have you been doing the past 7 years under the radar?

I spent the past 7 years in my version of the Witness Relocation Program [laughs]. I spent the last 7 years dismantling. What I was doing the past 7 years is dismantling being famous as a misconceived notion… I have a much larger fan base—if you put it that way—than what Hollywood understood. I think people don’t respond to a specific role, but to an attitude: a strong person and a strong person with their own mind. I think it’s okay to be different. It’s okay to be the weird one because you know what? You’re not.

What’s the best lesson you learned in your time in the 20 years in the entertainment industry?

Don’t let anybody abuse you.

I feel really bad for that kid I was who was discovered on a street corner at the age of 17 and a half… but what I’m trying to do is make it better for the next girl.

Everything that happened with Adam Sandler was insane. It was really powerful that you took a stand for yourself and for women in general.

It’s not about him—he had nothing to do with it. It was the studio and the casting office. It was probably a woman who had to type that [casting] note up. It’s so crazy that this went through so many hands and didn’t get flagged as something inappropriate—it’s so status quo. It’s just dumb. Most jobs have a human resources department. In the entertainment industry, there’s no such thing. Just because I want to be a creator and an artist means I get to be abused? No thank you. You don’t get to do that to me.

I feel really bad for that kid that I was who was discovered on a street corner at age 17 and a half. I got battered around, and it was a very treacherous place with no protection. I feel really bad for her, but what I’m trying to do is make it better for the next girl. We need the men to help too. We can do this.

You know, I cut my hair off 4-5 months ago, and I cut it myself. I still cut it myself. I don’t have a stylist or anyone who does my makeup anymore—I don’t want anybody else’s idea of what I’m supposed to be on me. I’m no longer for sale. 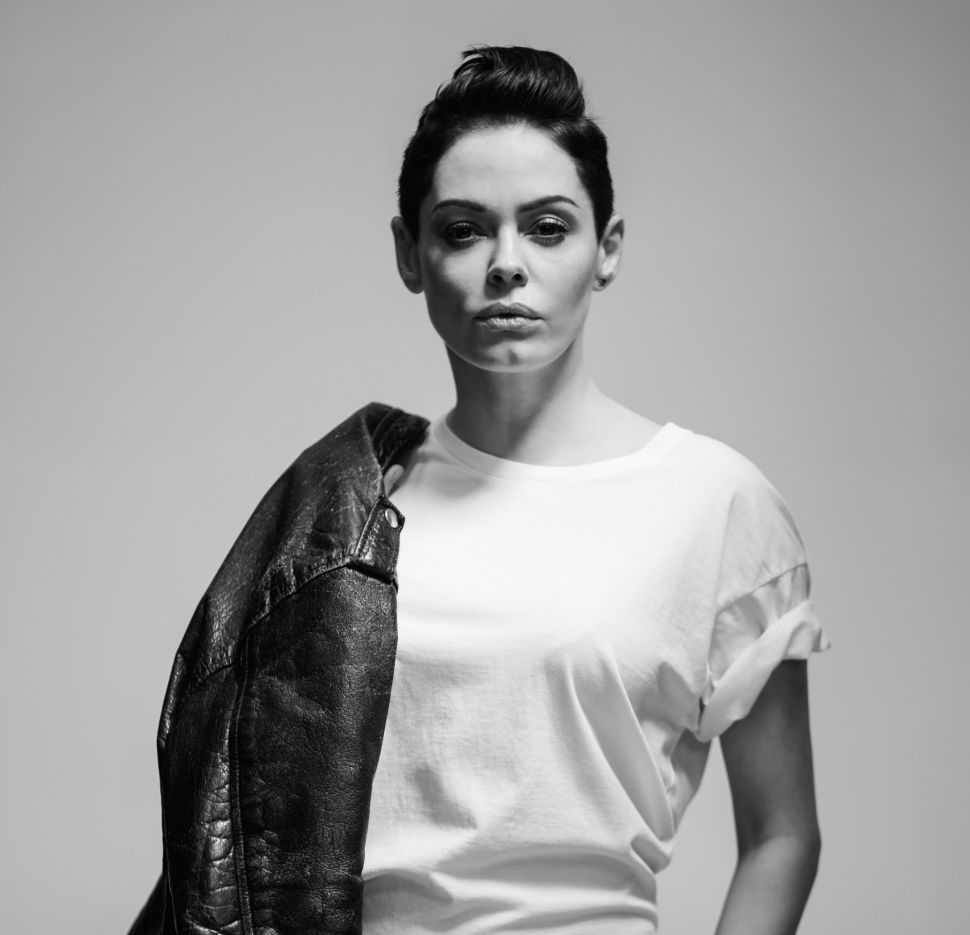