The strategic communications and media relations firm Rubenstein Associates today announced the hiring of William Goss as its new Senior Advisor to its real estate practice. The hiring is something of a coup for the venerable firm founded by PR legend Howard Rubenstein and now captained by his son Steven Rubenstein.

Mr. Goss comes to Rubenstein Associates after having run The New York Times’ best-in-class Sunday real estate section for many years. Mr. Goss had been at the Times since 1992, having moved to the critically important—at least from an ad revenue point of view—real estate section in 2004, he became its editor in 2006. Those who couldn’t endure a Sunday without following Joyce Cohen on “The Hunt” or having their eyes pop out over how far a budget travels in Rockland County compared to Manhattan owe much to Mr. Goss.

“I had my eye on Bill from the moment I heard he was leaving the Times,” Steven Rubenstein told the Observer. “I knew of him by reputation, knew him as one of the key people in constructing their Sunday section and we’re excited about the guy’s reputation for being smart and having a lot of wisdom. He’s known for being a thoughtful leader. Given his experience, we knew he’d be a great advisor for our clients and our staff. And having now spent time with him he’s a lovely guy.”

Mr. Goss, who was ranked 75 in the Observer’s 2008 100 most Powerful People in New York Real Estate ranking, will wear a big hat at Rubenstein, where he will serve as a counselor to clients, a mentor to staff, and as a strategic advisor to Steven Rubenstein and Executive Vice President Rick Matthews.

This move comes at a time of major change at the venerable agency. Earlier this week, Rubenstein Associates announced that longtime real estate PR vet Steve Solomon will be leaving the firm on October 31 — precisely 25 years after he rejoined the firm to head the real estate part of Rubenstein’s biz. In an email to the firm from Steven and Howard Rubenstein, the firm’s bosses lauded Mr. Solomon, calling him “one of the all-time greats – not just at our firm, but a legend in PR generally.” Mr. Solomon handled the launches (and beyond) of SL Green and Barbara Corcoran, and also reps Charles Cohen, Richard Lefrak, and Burt and Jack Resnick. According to the memo, Mr. Solomon will continue to advise some of those clients in a “special advisor” role, but the “honest, loyal, and independent advisor” is ready, after a PR career more than 50 years in the making, to step back from what père et fils Rubenstein describe as the “24/7 agency lifestyle.”

Rubenstein Associates also announced two other changes to its Real Estate Group, underlining the importance of that sector to the firm’s overall business. Senior Vice President Bud Perrone is joining the group to help manage the consolidated commercial team, while Senior Vice President Barbara Wagner will do the same on the residential, with both reporting to Matthews.

The loss of Mr. Solomon makes Mr. Goss’ arrival that much more welcome. Indeed, asked why the firm selected Bill to join its well-established Real Estate department, Steven Rubenstein told the Observer, ” We’ve always had that commitment to real estate. Bill has been at the center of the New York and national real estate markets for over a decade, helping to drive the conversation through his journalism. He’s the ideal addition to our practice, to counsel our clients and work with our team. Success at a firm like ours is measured by the ability to see the big picture. The ability to give both the strategic advice and the ability to just get it done. Bill’s experience speaks specifically to both.”

Though the transition from journalism to public relations is an increasingly common phenomenon, a “get” at this level can only be scored a coup for Rubenstein Associates, which was ranked #4 on Observer’ PR Power List last year. Fans of the section Mr. Goss ably led at the Times can only hope that future Rubenstein press releases are as unputdownable as those “If You’re Thinking of Living In” snippets that magically compel readers to spend 10 minutes thinking about Rutherford, New Jersey. 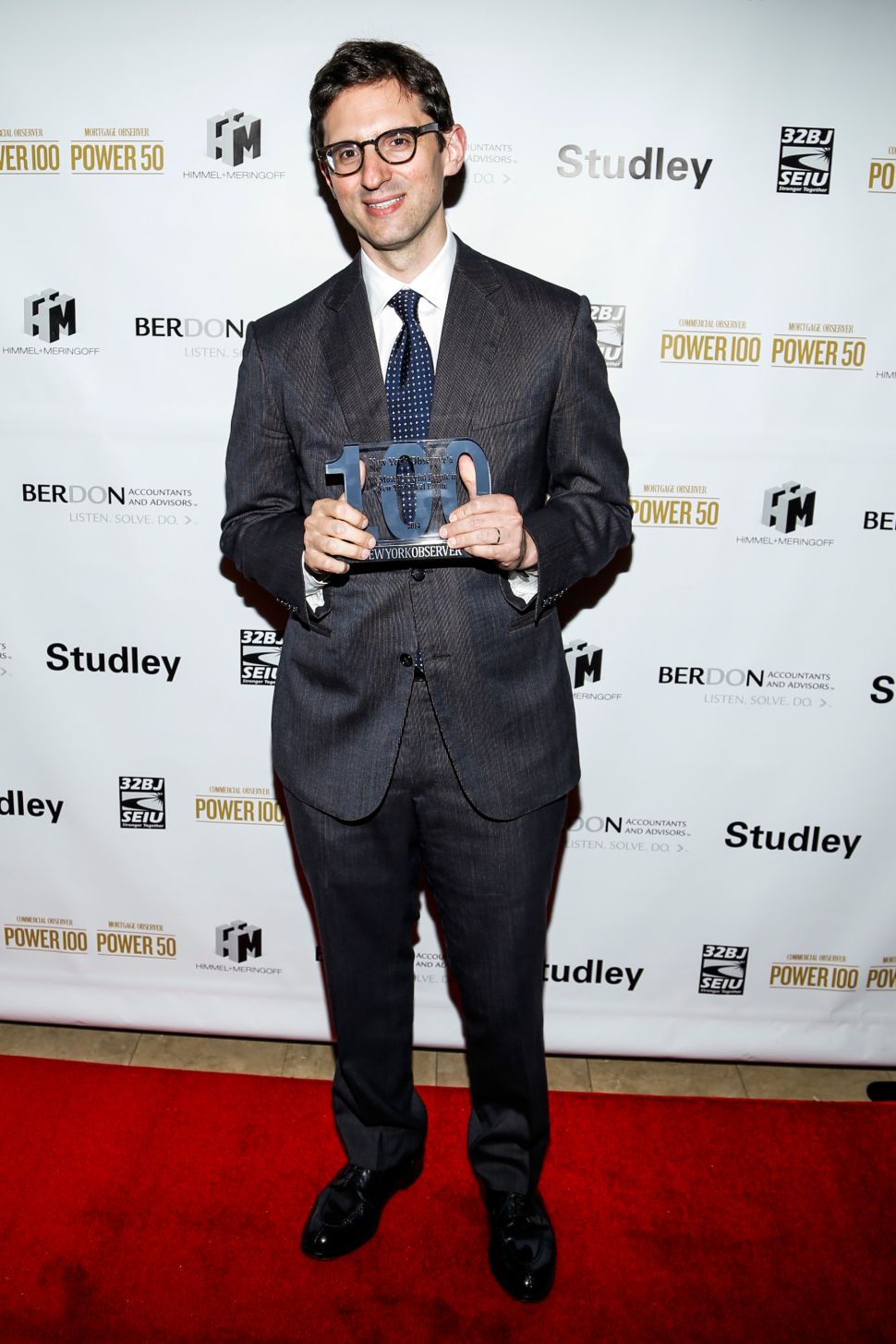