Ed Helms is a funny guy. If you weren’t sure, Bear Grylls calls him “funny guy Ed Helms” like four times in the first two minutes of this week’s Running Wild with Bear Grylls. It was strange. So yeah, nothing against Ed Helms. He seems like a nice enough dude, but aside from that this was a pretty paint-by-the-numbers episode of Running Wild. Guest is uncomfortable with heights? Take them 9000 feet into the Rocky Mountains, naturally. Comfort zones were left, boundaries were overcome, a comedian and a woodsman forged a brotherhood in that squirrel v. man battle-arena we call the wilderness. Roll credits.

No, I think the thing to talk about here is the behind the scenes people who go into the wild with Bear and guest of the week. You ever think about them?  Because if you weren’t aware, 9000 feet of elevation is really high off the ground. We get to see Bear Grylls or Ed Helms remarking that “this cliff face sure is steep and would surely kill you dead.” We do not get to see them turning to Joey Cameraguy and saying “please Joey, lean out over the cliff-face with your 300 pound camera now.”

This one goes out to you, Joey Cameraguy.

Here are the most pivotal moments of Bear Grylls and Ed Helms’ descent down Colorado’s Rocky Mountains. 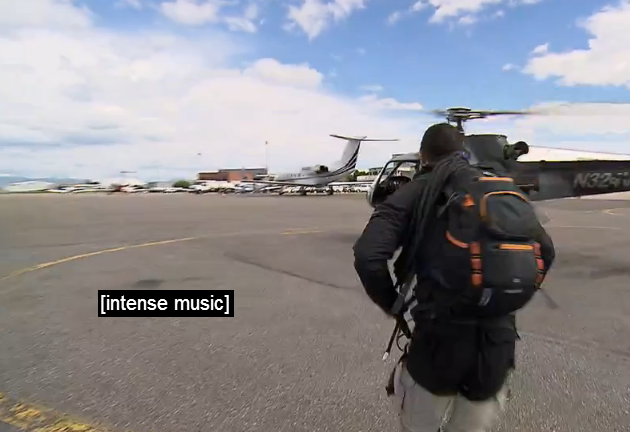 That’s not even close-captioning. Those words were just hovering there in the air. 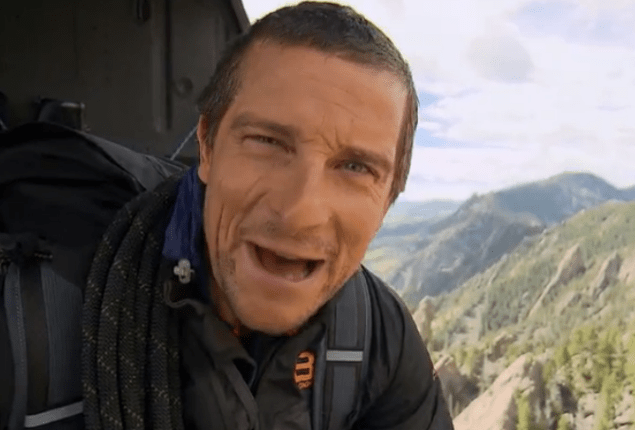 And yes, you will be in a helicopter. 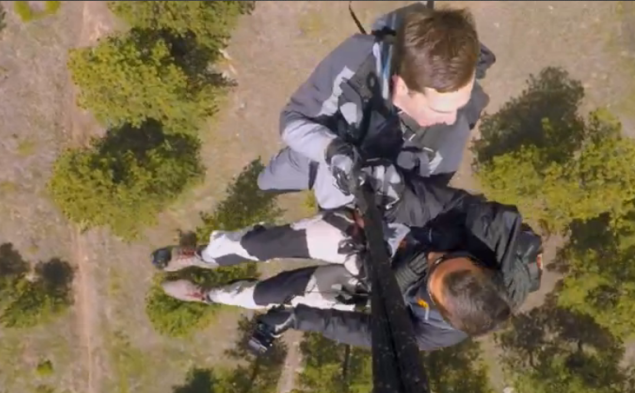 Also if you have a fear of not being alive. 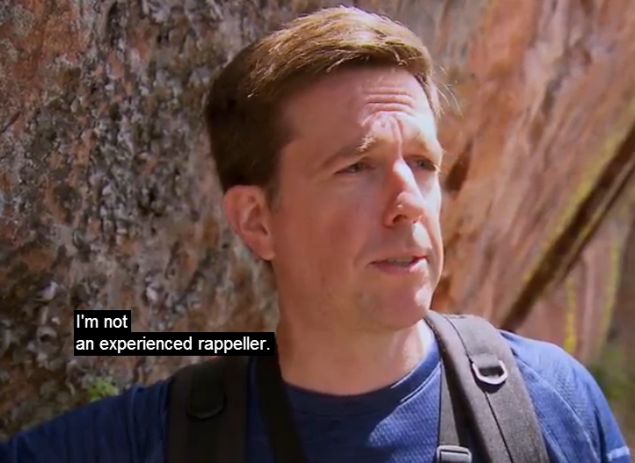 Saying this to Bear Grylls is akin to wearing red in a bull fight. 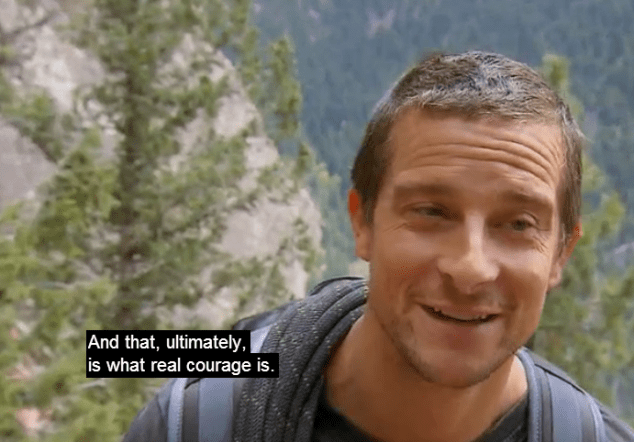 “That, and rappelling sorry were we not talking about rappelling?” 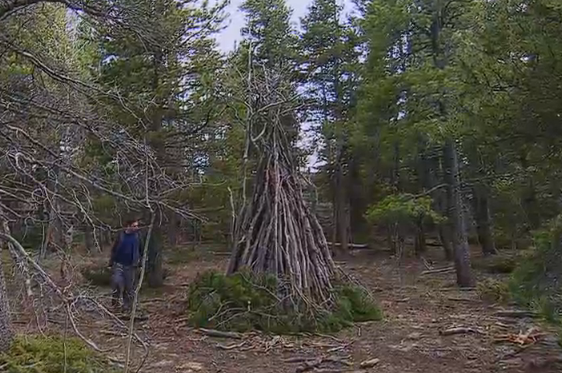 Time is a tall bundle of sticks. 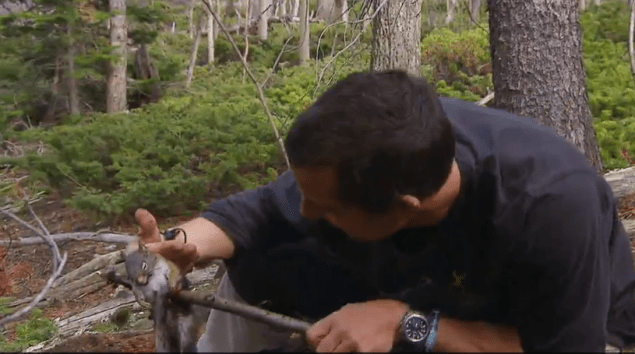 But also if you’re not cool with that we can’t be friends. 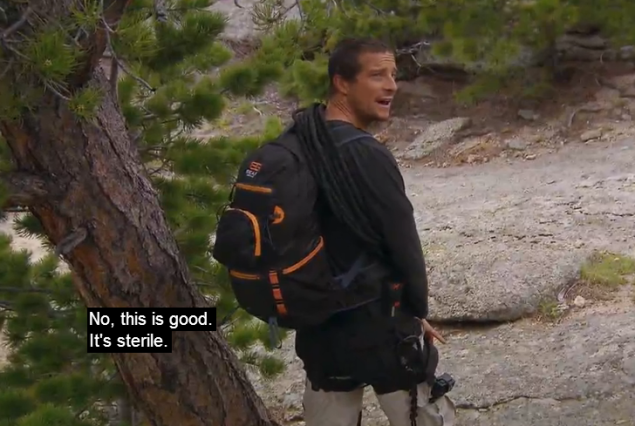 Not gonna’ do it. Not gonna’ point out that Bear has clearly drank his own piss before. Nope.

“Take your time,” Bear advises as Ed starts his downward slide, “because you definitely don’t want to fall off this.” 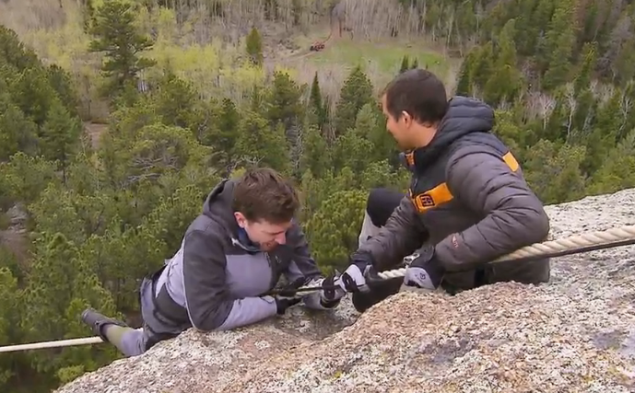 “The other ones, whatever. But this one DEFINITELY not.” 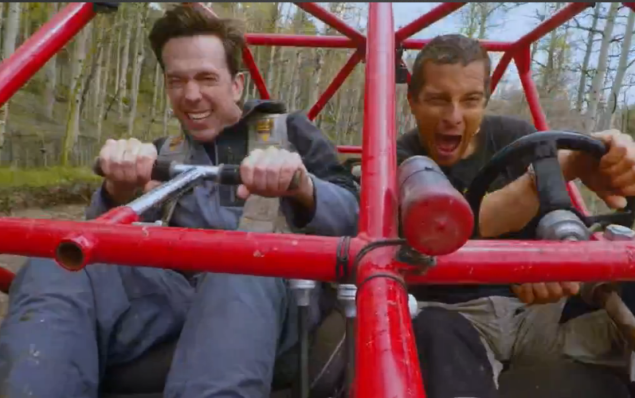 To NBC: I do mean anything.

Next week on Running Wild with Bear Grylls, we have the star of many, many Fast & Furious movies Michelle Rodriguez. I assume she came to the attention of Bear Grylls after his nightly Google-ing of the word machete. 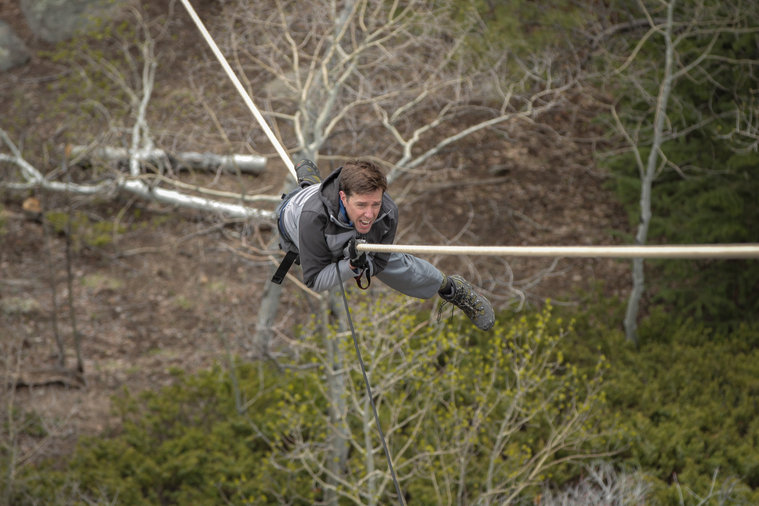