New motherhood can be a time of intense spiritual growth for a woman. It’s an opportunity to set aside the concerns and worries of the larger world to focus on living in the present moment and to just “be.” It’s a sensuous, oxytocin-fueled sacred space filled with love and infinitely expanding compassion.

And at the heart of it is this beautiful, new creature who is a living, breathing example of an enlightened being. An enlightened being you get to introduce to the everyday wonders of this world. Does the Buddha like strained peaches? What does he make of cats? Let’s put him on the swing. Wheeeee!

That’s the gist of an article I read in a parenting magazine while I was waiting in the pediatrician’s office. I think. It was hard to concentrate. There was a lot going on. I was still trying to wrap my head around the surreal fact that an actual human being had recently wormed its way out of my crotch. Also, my boobs hurt really bad and were the size and firmness of basketballs. And I hadn’t slept for days and days and days and days.

I had a burning question for the doctor: Should I continue to starve my newborn to death with my inept, hippie breastfeeding or should I feed him formula, and turn him into an allergic retard who will never be able to experience real love?

At the time I wanted to slap whoever wrote that article, but it was probably right on. In fact, I feel certain that new motherhood presented me with a lot of lost opportunities. When life gives me lemons, I don’t make lemonade, instead I squeeze the juice into my eyes and then scream about how much it hurts.

In addition to the stresses of new motherhood, there were other things going on that helped me along a path toward wretchedness. There was the problem of the baby daddy’s wife who was always in the background demanding money that we didn’t have. And the no-money problem itself—I had quit my job to look after the baby and then my partner was laid off when the tech bubble burst. That’s why we were able to look out the window of our Brooklyn home together and watch airplanes fly into the World Trade Center.

My anxiety was overwhelming. I tried not to act out but sometimes I couldn’t control myself. I would be quietly white-knuckling it until some innocuous camel straw—the baby would have a crying fit or I couldn’t find my keys—and then I’d start moaning and yanking my hair out.

Despite the fact that my partner seemed to take these outbursts in stride, I was concerned that this type of behavior might make me appear just a wee bit incompetent as a new mom. So when the urge to depilate came on, I would rub my right thumb hard into my left palm. Sometimes I’d chuckle, “I’m being rubbed out.” When I think about this period of my life, this is the “Vine” that runs in an endless loop. 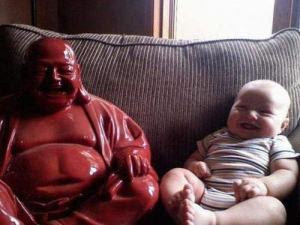 I wondered why I was having such a hard time with all of this. Yes, I had always been a little bit… cuckoo. I won’t deny it. That would be futile. You can see it in my eyes! But I had also been independent and capable. I had friends and interests and talents. And I had a funny little Bonzai tree of a personality that I had painstakingly and lovingly crafted over the years.

I’d think about my anxiety and it didn’t make sense. Why worry about things you can’t control? I wasn’t even dealing with that much. When my son was hospitalized overnight for jaundice, I met a mother who had been staked out in the hospital waiting room for months waiting to hear whether her baby would live or die.

Maybe I needed the anxiety. It was the only thing I had. Underneath the anxiety was something even scarier. Nothing. The person I was had been replaced by a zombie that fed, soothed and cleaned ass 24-hour a day. I was never as boring or as stupid or as ignored as when I was taking care of young children. All the saccharin Mother’s Day cards in the world cannot make up for the fact that no one actually cares about mothers or motherhood or mothering. I know I didn’t, and I was one.

People who are childless often complain about pushy, entitled, lazy mothers and their screaming spawn, but when I see a mother of young children I always think, Christ, I hope she’s O.K.

Helena Harvilicz is an oncology nurse who lives in Los Angeles with her husband and three children. 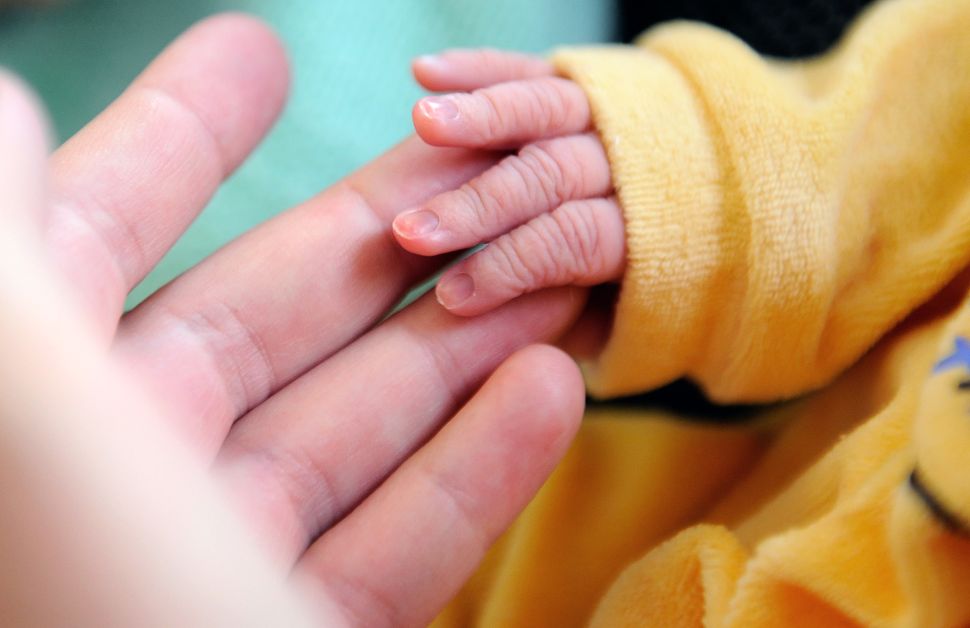