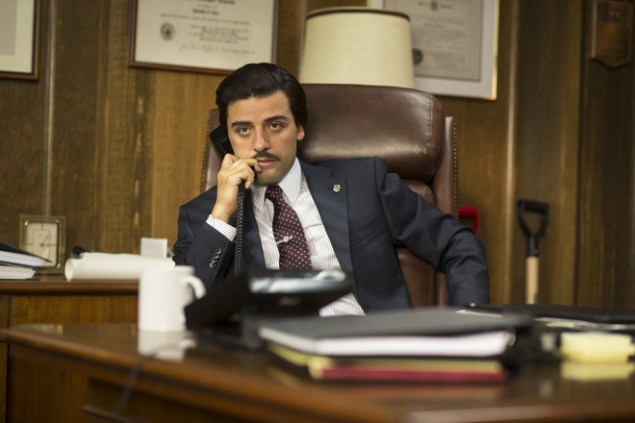 Oscar Isaac in Show Me a Hero. (Paul Schiraldi/courtesy of HBO)

For over twenty years, David Simon has masqueraded as a writer, when what he really is is a purveyor of socio-science, using his work as a way of exploring the ongoing struggle of humans to live, work, and cohabitate peacefully.  The result of his labor is creative, engaging, and often unsettling – in an unusually captivating way.

His latest foray into assessing how and why individuals act the way they do can be seen in the HBO mini-series Show Me a Hero.

Based on a 1999 nonfiction book by former New York Times writer Lisa Belkin, the series details the turmoil the city of Yonkers went through in 1987 when a federal judge imposed the building of 200 units of low income housing in the city’s primarily white upscale neighborhoods. The resulting discord between the public and local officials nearly bankrupt the city.

At the center of the story is Nick Wasicsko, who at 28, became the youngest Mayor ever of Yonkers.  Just after his election, Wasicsko asks no one in particular, “When does [this] get fun?” Sadly, even in his moment of triumph he seems to know the abysmal answer to his rhetoric question.

Wasicsko is only one part of this story that also features vignettes showing the housing-project residents who will eventually try to win a place in one of the new townhouses and the white citizens of Yonkers who fear that the new occupants will bring drugs and criminal activity into their perceived pristine neighborhoods.

Speaking about the reference work that the series is based on, Simon remarked, “I thought Show Me a Hero offered a perfect storm of a narrative about our enduring racial and class pathologies and the not-in-my-back-yard, don’t-tread-on-me sensibilities of modern libertarian and neoliberal politics. This is the grievous state of the American political dialectic, in which the only two operant currencies seem to be greed and fear.”

Although the action takes place nearly thirty years ago, Simon insists that the issues explored in the series are as relevant today as they were then, saying, “The American obsession with race and class is still very much our national paradigm. We are getting better, slowly and inexorably, generation by generation, but there is much work still to be done to reconcile many Americans to the idea of a desegregated society and to the very idea that all of us must share in the same national future. It’s going to be going on for a good long while, but integration itself – and the inevitable emergence of a stronger black and Latino middle class – is going to change more and more minds, particularly among younger Americans.”

Belkin adds to this, having said in a recent first-person Yahoo! article, “The lessons of Yonkers are not just history, but prologue, not a discrete chapter, but a part of a continuum, with lessons that resonate through the decades.”

The multi-angle method employed to tell this story, a tactic that amps up the impact factor, is an approach that Simon has clearly very nearly perfected.

Like his other projects, including Homicide: Life on the Streets, The Wire, Generation Kill and Treme, Simon manages to humanize every side of the conflict in a manner that is never forced, and that feels emotionally authentic.

The subject matter – a local government issue that forces men in suits to have several in-depth, often confusing, conversations in non-descript rooms – might seem to be boring and not an efficient way to spend one’s television time, especially in this golden age of sparkling, breakthrough content. To assume this would be absolutely incorrect. This is unquestionably worth such an investment.

On Maslow’s Hierarchy of Needs, the need for shelter, stability, and freedom from fear rank high in the biological/physiological order of essential human desires. So, it doesn’t seem outrageous that a series about housing issues can be extremely relatable, no matter what decade the story is set in.

Mr. Simon, and his collaborators, co-writer William F. Zorzi and director Paul Haggis, have fashioned a hefty, thought-provoking tale that, while often hard to watch, should be required viewing for the timeless hard truths so eloquently told.

The sad fact is that although the actual events retold in Show Me a Hero occurred nearly thirty years ago, struggles of this type, involving race, class, power and fear, are not going to go away anytime soon which, rather sadly, means that this work will continue to be relatable for years to come.

Mr. Simon’s latest expedition into this particular sect of socio economics is proof once again that his talent in crafting important narratives that demand attention and discussion far exceed those of your average wordsmith. For this, an entire nation should be extremely grateful.

Show Me a Hero debuts Sunday at 8e/p on HBO. 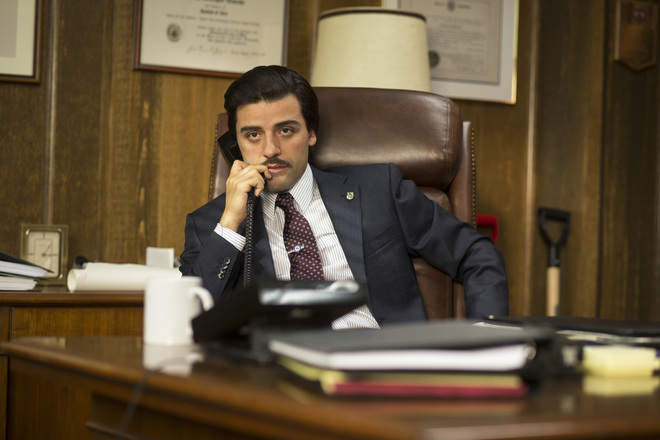