Because I’m not the Fat Jew, I’m not going to just straight-up steal content, even if it’s from something I wrote myself. (But I WILL blockquote!) So to summarize: I was really depressed after graduating college, got super duper addicted to Fentanyl, which is the worst, and was debating whether death would be preferable to paying back my student loans from the frequently looted bar where I worked (and lived above) on the Bushwick/Bedstuy border. Also, I had a crush on a boy and he apparently only liked me enough to introduce me to True Blood, which I quickly ran out of (this was during season 2, when there was still a reason to care), and to keep my connection to this guy alive in my head, I had to root around Alan Ball’s other work for references. I became obsessed.

I can accurately pinpoint that moment as the turning point when I stopped caring about my own stupid problems so I could focus more intently on the Fishers’. But that’s good escapism, right? People immerse themselves in the lives of characters crafted by brilliant writers, so their lives both reflect and outshine our own.

I don’t write that much about the drug aspect of my experience in the Salon article, but it comes through pretty clearly in my interest in Nate and Claire’s ecstasy use, and Here’s just one part:

Say what you will about that speech at the end — “All that lives will live forever, only the shell passes away” — but what really got me was Nate’s head on the chair, his dad stroking his head.

Then Nate wakes up. I didn’t. (Not because I died or anything, just because I had never fallen asleep.) But I was really freaked out. How did the show know I was on drugs??? And then, like, speak to me through the screen?

Needless to say, I was not happy to get to the end of a show that seemed to mirror my own maudlin flirtation with death and find out that it’s TERRIFYING and HORRIFIC when someone close to you passes away. Not that I knew Nate, who is fictional and not a real person…but you know how it is with shows. You get all “invested.” Characters can feel more real than actual friends. And they are NOT ALLOWED to just DIE on you, not for something STUPID and MEANINGLESS.

I hated that show for killing off Nate, because Nate was us, he was our window into the world of “Six Feet Under.” The fact that the story could continue without him would be to admit that life could go on without us. Without me. And then, after I begrudgingly watched the last couple of episodes, some of the saddest ever on TV (besides maybe the last episode of “MASH”), it was devastating in a way that the passing of Nathaniel Sr. on the show’s premiere wasn’t. Watching a family suffer that much wasn’t even television (it was HBO?). I had never had anyone close to me die, but suddenly I felt like I was intruding on my best friend’s house as his family just completely lost it.

“This can’t happen,” I thought to myself, “My parents can’t ever go through this. What the fuck was I thinking?”

That, along with my boss telling me one day later that he had cancer and needed me to step up and help take care for the bar while he was in the hospital, are the two reasons–basically, the only two, but you only really need one–that I decided to get my shit together, clean up my act, and do something besides watch TV and feel sorry for myself.

So: Thanks, Six Feet Under. Even in the golden age, you are still the gold standard of what television can do. 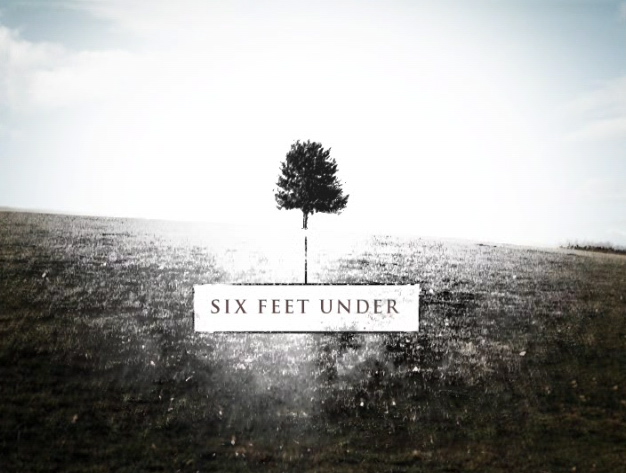