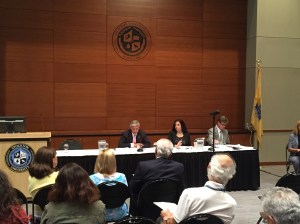 GALLOWAY – The Board of Public Utilities held its final public hearing on Monday before it updates the 2011 Energy Master Plan. The hearing took place at Stockton University, where the New Jersey Sierra Club also held a press conference beforehand calling for stricter environmental protections from Trenton. The hearing included several calls for new offshore wind generators.

Patty Cronheim of the Hopewell Township Citizens Against the PennEast Pipeline was one of many who expressed disappointment at the plan’s heavy investment in fossil fuels, bringing up the potential economic advantages to broadening New Jersey’s commitment to sustainable energy sources, such as job creation. Of the board’s recent engagement with a consultant to weigh the costs and benefits of offshore wind, Cronheim said “this is a wonderful step in reducing the state’s reliance on fossil fuels.”

Paul Gallagher of Fishermen’s Energy brought up his organization’s concern that the state has not thrown adequate support behind their proposal for off-shore wind-power generators off of Atlantic City. Saying that the cost-benefit analyses have not taken the the imminence of climate change into account when comparing the upfront costs of onshore versus offshore wind power, Gallagher was unequivocal when he suggested that he “only asks that the state work its own plan.”

Senate Environment and Energy Committee chair Bob Smith (D-17), who has advocated for tighter regulation on construction companies and sought to investigate the root causes of pollution in shore communities resulting from reconstruction after Hurricane Sandy, told PolitickerNJ that he hopes the offshore wind project will see the light of day.

“The regulators have made this assumptions that economically, wind can’t be viable for New Jersey,” said Smith. “And I don’t think you can make that conclusion without giving it a trial. Try it on a small scale,” he said, referring to the Fishermen’s Energy effort. Smith sponsored a bill that passed committee in May requiring an 80% renewable energy portfolio in New Jersey by 2050.

Smith recently held a hearing in Lavallette that made inquiries into a plume of pollution resulting from post-Sandy redevelopment and construction.

When asked whether the installation of wind generators could have similar unintended consequences, Montclair State University political scientist Brigid Harrison, who has recently argued against off-shore wind generators because of their potential for disrupting marine life habitats and leading to runoff pollution, said that more cooperation with scientists would be key.

“This was one of the things that regulators and legislators didn’t think about and didn’t see coming. I can see that, while I’m not testing the soil, there have been very serious issues down in South Jersey.” Harrison added that “looking forward, that’s one of the long-term impacts of Sandy that perhaps only environmental ecologists thought about, rather than people making policy in the public sector.”

The hearing’s speakers also brought up concerns about climate change and preparedness, as well as the need for more thoroughgoing measures protecting against catastrophic weather events. Stefanie Brand, director of the state Division of Rate Counsel, praised the state’s progress on solar power but questioned the integrity of New Jersey’s communications grids in the face of super storms like Hurricane Sandy, saying “I would hope that the board will utilize its authority over the telecommunications industry as well as the electric utility industry to make sure that we have adequate communications during storms.”

The BPU will accept written comments on proposed changes to the 2011 Energy Master Plan through Monday, August 24th at EMPupdate@bpu.state.nj.us. 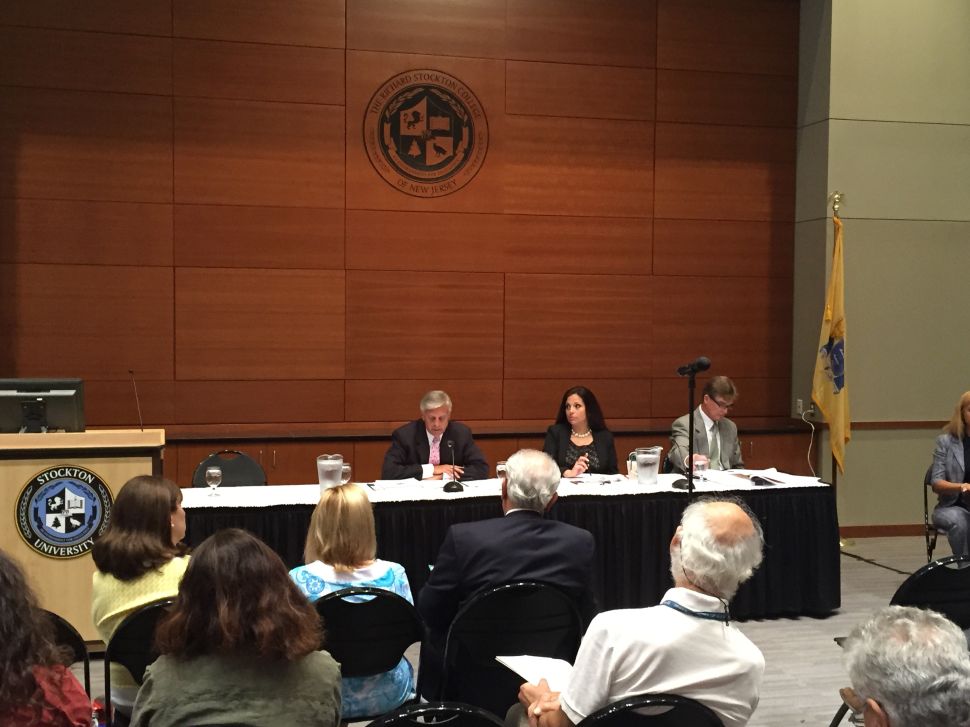