Tonight, in a companywide email obtained by the Observer, Amplify Education, the edtech division of Rupert Murdoch’s News Corp, announced that its parent company has been seeking to sell the division. In the message, from CEO Joel Klein, it also announced that it would quit marketing its tablet designed for educators.

Amplify and News Corp both believe it is time to explore new and exciting strategic opportunities, working with partners who share a deep understanding of what it takes to be successful in education.

We are in active conversations with an outside investor regarding the potential sale of Amplify. We expect that this lead investor would be backed by Amplify’s management team, some of whom also plan to participate in the investment.

News Corp acquired Amplify as Wireless Generation in 2010 for $360 million in cash, according to Bloomberg. Three founders retained a 10 percent stake in that deal, Larry Berger, Laurence Holt and Joshual Reibel. The first two are still shown on Amplify’s website as part of its leadership team. It would make sense they might be the members of the management team participating in the purchase. In other words, its original founders could simply be buying it back, in partnership with other investors.

Mr. Klein also confirmed that the hardware part of the business would be discontinued, “What is now very clear to us is that it is time to cease marketing the Amplify Tablet.”

As an outsider looking in, Amplify Education has appeared to be a mess for a while. It led News Corporation into a fiscal year loss, according to USA Today. Over the fiscal year just ended, Amplify was responsible for a $193 million shortfall, according to The Street.

Amplify makes software for education, assessment and professional development for teachers. It is the largest technology venture based in Brooklyn. News Corp has a $8 billion market capitalization. It aims to disrupt the incumbent primary and secondary school textbook industry.

While the company has contended publicly that all is well, the Observer has reached sources who have corroborated negative trends suggested by external clues. During a phone call in June, Matthue Roth, a former writer for the educational games division, laid off in June, told the Observer, “There was something of a companywide attitude of things coming to a close.”

For a long time, the company emphasized working as both a hardware and software company at once. It aimed to provide schools with digital curriculum and a tablet to consume it on.

The company’s hardware venture may have been ill-advised. It closed a deal with schools in Guilford, North Carolina, whose troubles led to an exposé in Bloomberg. Subsequent to that story, the company circulated a defensive memo to reporters who covered the Bloomberg article, calling it “riddled with factual errors, inconsistencies and incorrect analysis.” The memo focused on characterizations rather than facts, however. Bloomberg acknowledged one factual mistake, concerning its timeline.

Its larger analysis, however, appears to have been born out by this evening’s announcement.

In January, news of a general shakeup circulated, dubbed “One Amplify.” Most recently, reports came that the hardware division would shut down, which Amplify watchers had expected. Now it has.

In Mr. Klein’s memo, he writes that it will continue serving existing tablet customers, which may only be the Guilford district.

Mr. Roth said that while working on the company’s games, the design focus shifted. ”They intended to have these games be for the Amplify tablet.” Until early 2014, then the games team was told to completely shift its focus to building games for iOS. The word was that schools wanted and/or already had iPads, so they weren’t interested in purchasing new tablets. In other words, its bet on hardware may have been misguided from the start.

Four of its educational videogames won medals at July’s Serious Games conference. Justin Leites, the company’s vice-president for games, emailed the Observer in July, “We’re excited to be launching in several multi-school roll outs in major urban districts this year.” He declined to disclose any of the districts.

Various knowledgeable sources have told the Observer that the company has lacked a decisive direction. A former Amplify Learning employee said in an interview, “The past couple of months things have become more apparent that there was some level of disarray going on within the company.”

Lack of direction in the company is corroborated by posts on Glassdoor “The company continually pivots in its strategic direction. As of March 2015 it’s about to pivot again, but the senior leadership appears not to be sure which way to go,” wrote an employee in March. Another former employee wrote earlier this month, “Plans are too ambitious, lacking appropriate focus and experience to succeed.”

“Our company is at an exciting turning point filled with new challenges and opportunities,” Mr. Klein wrote in his memo to staff tonight. 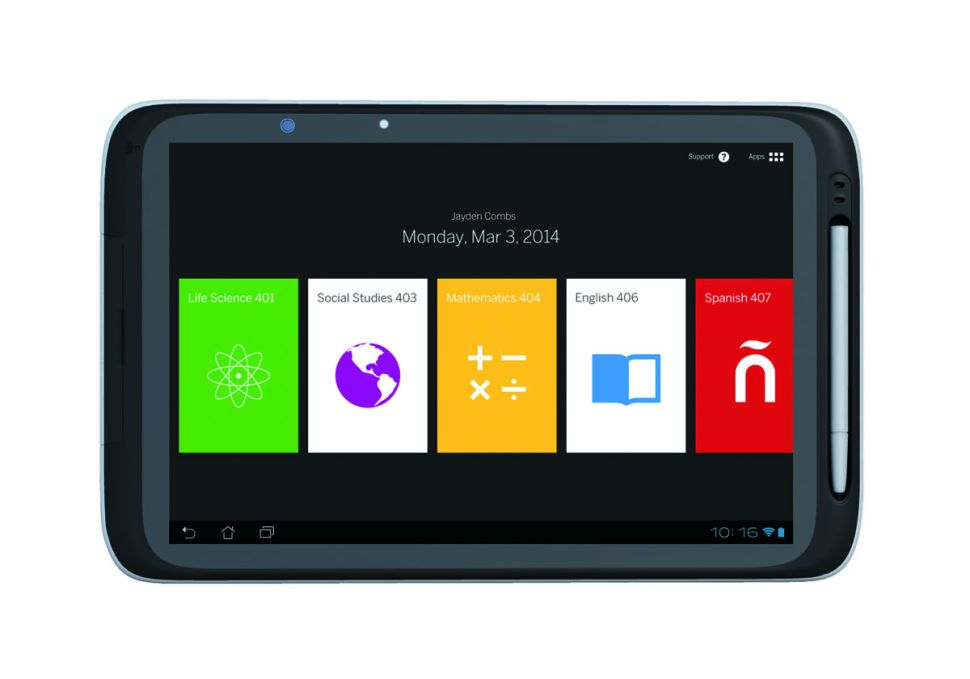