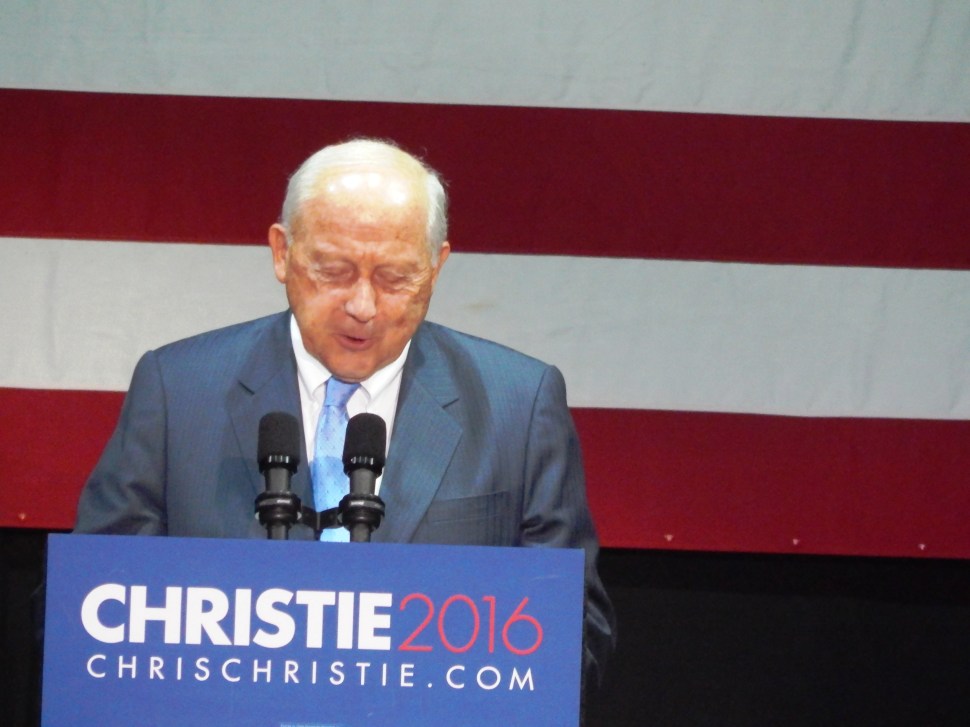 ASBURY PARK – In an upstairs roomful of about 30 Republican insiders this evening at his fundraising kickoff event, a Republican source said Gov. Chris Christie appeared bucked up over being picked for the FOX News debate on Thursday, the first of the primary season, and confident of being able to show up former Florida Governor Jeb Bush.

The governor’s allies in the room see a good story for their candidate in the slight uptick in his numbers and their expectation that front-running Donald Trump will implode; and they listened with good expectations to the governor in close-quarters conversation. Christie told his most loyal backers that we welcomes what his backers hope will be a dogfight with Bush, whom no one among the other prez contenders apparently likes, the Republican source told PolitickerNJ on the heels of the Christie confab.

Christie told the roomful of his backers, the source said, that at that C-SPAN roundtable event last night the other competing Republican governors were not exactly crowded around Bush.

First Lady Mary Pat Christie told the crowd that the event would end up raising the campaign $1.3 million.

Christie feels he can connect with GOP big shots in a way that Bush can’t, even as his campaign guys reiterated what they believe is the core of the governor’s “Tellin’ it like it is” campaign. So while the governor regaled his guests in private, Ray Washburne, her finance director from Texas, told the crowd what he liked early about the fledgling 2016 presidential candidate.

“No one connected better with the voter than Chris Christie,” Washburne said.

Christie Campaign Co-finance chairman Jon Hanson strode out onstage early. There was a good-sized party set at this point.

“Please double down on your support,” Hanson told the $250 per-head crowd. “If you go home and you don’t do anymore, we won’t have enough money. …We need cash flow. That way we’re going to win.” 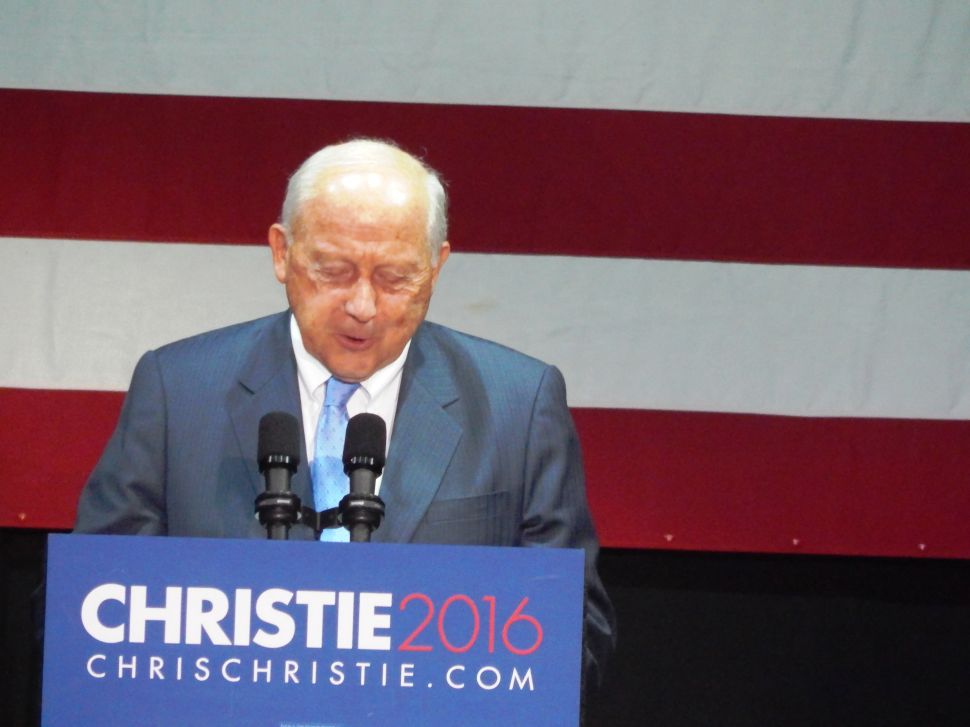