This week, the South Street Seaport becomes an art and design installation—for awhile at least.

The once-beleaguered spot, which has seen business closures and a drop in tourism, is currently installing six “imaginative activities,” in storefronts once sidelined by Hurricane Sandy, with the help of six cultural partners, the project’s curator, architect and filmmaker James Sanders, told the Observer.

“We have two-fold goals—to rethink the Seaport in the public perception but also in reality,” he said. The installations, which are provided to the cultural partners rent-free, will be in place until December.

Perhaps stranger still, the landlord, the Howard Hughes Corporation, didn’t do this to soften local residents’ resistance to a condominium project or to lessen the blow of a later demolition, said Lincoln Palsgrove, director of marketing for Howard Hughes. The landlord even paid for the buildouts of the spaces, he said.

“Dare I say it, it was just a bright idea of our team,” he said. “There is no mandate [to build cultural space] but we thought it was a good idea as part of an effort to engage the larger public.” He added that the Financial District was lacking in arts institutions.

“The nearest museum is probably the Whitney,” he said. Partners in the venture include the American Institute of Architects, the Solomon R. Guggenheim Museum and publisher Harper Collins, among others.

The AIA created a giant photomontage of the New York City skyline, while Harper Collins has furnished a “book lab,” where authors will speak and panels will be held. ArtStart, a group that works with underserved youth, together with engineering firm Arup, embarks on the Portrait Project, an audio and light installation inspired by the hopes and dreams of troubled local kids.

The American Institute of Graphic Arts’ exhibit, Looking/ Thinking/ Making the City, looks at how designers are influenced by the urban environment and how they hope to make it sustainable in the future. Meanwhile, No Longer Empty, the nonprofit that helped align artists and abandoned spaces during the recession, has paired with Eyebeam to create Breathing Waters, an immersive visual art and light installation that feels like “you’ve walked into a mysterious environment,” according to Mr. Sanders.

The most cryptic project is the Guggenheim’s, which is billed as an “imaginative prediction market.” A real prediction market is an illegal exchange-traded fund where users buy options on the outcome of certain world events. This, we imagine, will be different.

The AIGA and Eyebeam/ NLE installations are already open, and others are slated to open this week and next, Mr. Sanders said.

While it’s not clear what will happen with the spaces after December, Mr. Palsgrove said the developer would “potentially do it again in forthcoming years.” 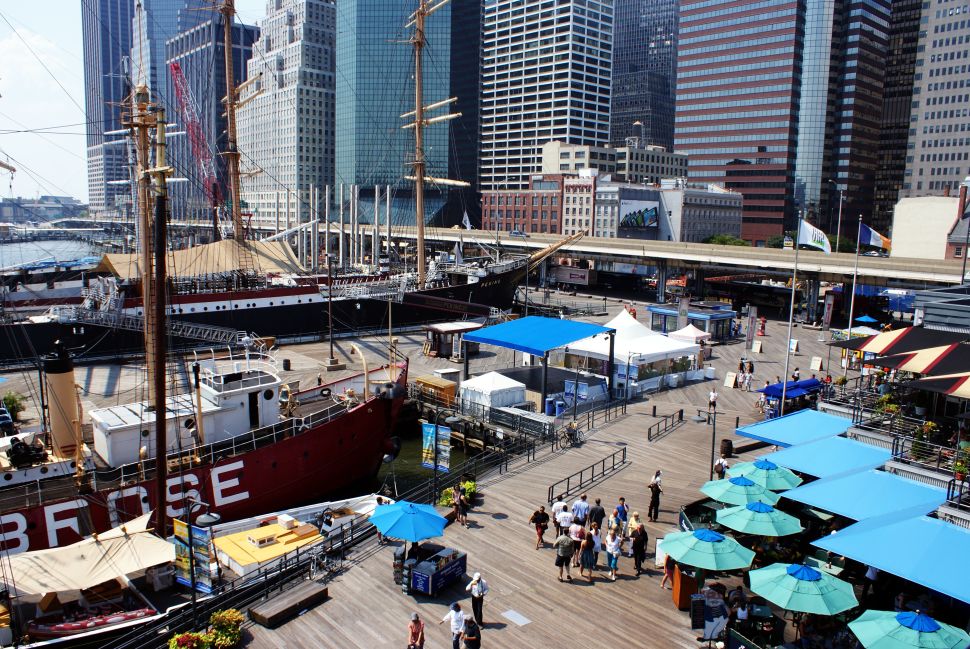