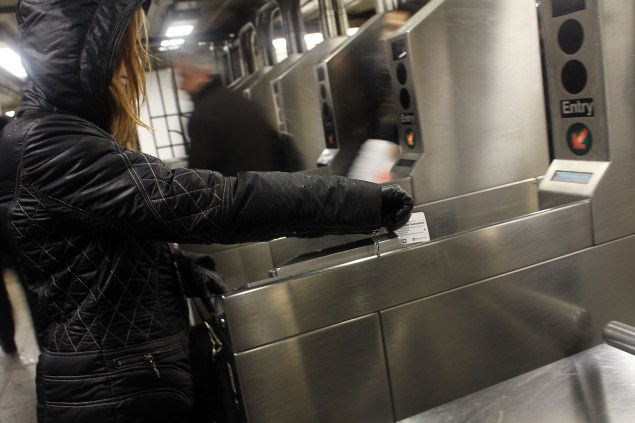 The spokesmen fought over the MTA capital budget. (Getty Images)

Twitter users who keep a close eye on the city government were treated to a flack-on-flack feud this afternoon—perhaps best dubbed the Battle of the ‘Bergs.

Two spokesmen—Adam Lisberg for the Metropolitan Transportation Authority and Eric Sumberg for Comptroller Scott Stringer—tussled on Twitter today in a lengthy back-and-forth about the MTA’s notoriously underfunded capital budget.

The exchange was perhaps the second-most interesting thing to come from the routine presentation of the city’s budget to the State Financial Control Board this morning—after comedian Louis C.K.’s mysterious appearance there—and began when Mr. Lisberg seemed to have his eye on New York City’s budget surplus as a potential source of funding for the cash-strapped state agency. (The state has asked the city to vastly increase its typical contribution to the MTA to $1.3 billion over five years, at which Mr. Stringer, the city’s financial watchdog, has balked.)

“The @scottmstringer who just bragged about NYC’s surplus is the same one who said in May that the MTA needs more government funding. Hmmm,” Mr. Lisberg (@adamlisberg) tweeted around the start of the meeting, at which Mr. Stringer spoke.

But Mr. Sumberg (@ericsumberg) was not about to let that aggression stand.

“City pays more than its fair share for the MTA-equivalent of an extra MetroCard every month!” Mr. Sumberg tweeted.

That extra MetroCard comment refers to what Mr. Stringer’s office has called an “invisible fare” of $130 a month in taxes, fees and subsidies for the MTA paid by city taxpayers.

From there, things only got wonkier—and testier.

“People who use @MTA services pay subsidized fares, which @scottmstringer would like the city to get credit for. Wacky math,” Mr. Lisberg tweeted.

In response, Mr. Sumberg shifted from finances to the cleanliness—or lack thereof—of the city’s subway system, which is home to many of the city’s uncountable rat population .

So, Mr. Lisberg followed one low-blow about cleanliness with another about the comptroller’s math skills: “If only your office could run numbers as well as it writes press releases.”

At that point, it seemed Mr. Sumberg was ready to go over Mr. Lisberg’s head—to Gov. Andrew Cuomo and MTA Chairman Tom Prendergast. “Hard to imagine your bosses Prendergast & @NYGovCuomo are authorizing you to trash talk the Comptroller,” Mr. Sumberg wrote.

But Mr. Lisberg, a former reporter who frequently offers aggressive defenses of the MTA on Twitter, argued his comments were nothing new: “We’ve said this all before.”

When an Observer reporter tweeted about the exchange, calling it “spox drama,” Mr. Lisberg cheekily replied: “He started it.”

Mr. Sumberg was more earnest: “By telling the truth about MTA finances? Guilty as charged.”

(Believe it or not, the two went on to continue arguing about MTA math.)

Mr. Lisberg noted that he and Mr. Sumberg are friends—even outside of their work in city government and politics—and he hoped Mr. Sumberg had enjoyed the debate as much as he had.

“I like and respect him a lot, and it’s too bad that today that means he has to defend the indefensible,” Mr. Lisberg told the Observer ovr the phone. “Because in all recent years the city has contributed 2 to 3 percent of the MTA’s capital costs, for a system where 80 percent of the MTA is located in New York City. And this city has put forward $100 million a year in a system that takes tens of billions just to keep in good repair.”

Mr. Lisberg noted the city is contributing even less than it did during the “bad old days” of strapped budgets, when it put up 11 percent of the cost of the first MTA capital plan in the 1980s—which he said was worth pointing out when the comptroller was discussing billions in budget surpluses.

In a statement, Mr. Sumberg told the Observer the comptroller’s office appreciated the opportunity to remind New Yorkers about their “invisible fare” argument and said the spat is actually a “serious debate.”

“Our report exposed the double standard in which the City contributes more than its fair share and the State still doesn’t pull its weight. The State has now stepped up with new commitments, but the first thing we have to determine is whether the $7.3 billion dollars they put on the table is real,” Mr. Sumberg said. “If it is, then the MTA should step away from its Twitter account and get to the negotiating table so we can talk about real solutions to this very real problem.”

In that dispute, the two spokesmen turned to that most-millenial tool, hashtags, to make their points.

“Call your own agency and get on the same page #embarrassing,” Mr. Sumberg tweeted at one point.

Mr. Stringer probably does not mind the appearance of a few fights with the likes of Mr. de Blasio or the MTA—with his own political aspirations for the future, he’s been working to project a level of independence from the mayor to set him apart from other future mayoral contenders, and de Blasio allies, like Public Advocate Letitia James.

You can read all of today’s back-and-forth by clicking through to Mr. Lisberg’s first tweet here:

The @scottmstringer who just bragged about NYC's surplus is the same one who said in May that the MTA needs more government funding. Hmmm.

Updated with comment from the MTA, which was delayed due to a reporter’s error. 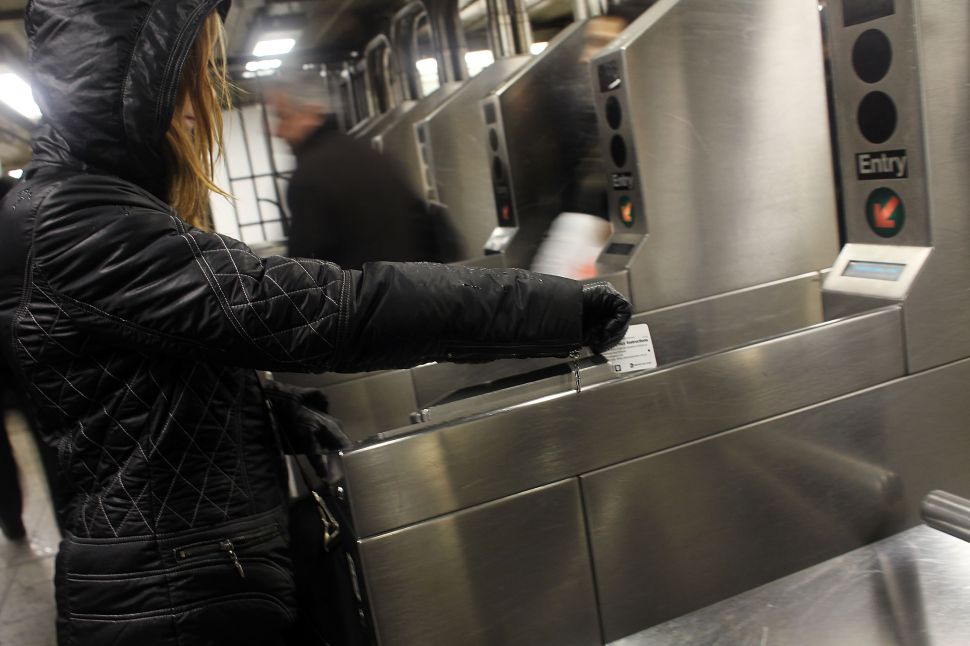