Dear Fat Jew a.k.a. the Fat Jewish, a.k.a. Josh Ostrovsky. I’m a comedian and I don’t know you. Despite your 5.7 million Instagram followers, I’ve never heard of you before you were accused of stealing jokes. You haven’t stolen any of my jokes, unlike my father, also a fat Jew, who uses them regularly on unsuspecting CVS employees when he picks up his acid reflux meds.

I wanted to write to you about stealing jokes from comedians, if that is indeed what happened.

Don’t be a schmuck.

Kind of like a morning erection to an 80-year-old.

A joke is a sacred object, the thing we secretly love more than anything; spouses, friends, family, and most importantly, ourselves because we are comics with some degree of self-loathing which is how the whole thing got started in the first place.

Why do we dote on our jokes? Because joke equals laugh, and laugh equals validation of our comedic existence, which we question every day. Thus, the taking of a joke is, essentially, identity theft.

Jokes are our babies, and we carry them, birth them, nurture them, watch them grow, then set them free to play, ready to pick them up and comfort them if they fall and skin a knee.

We put them up for adulation, not adoption.

Why do we dote on our jokes? Because joke equals laugh, and laugh equals validation of our comedic existence, which we question every day. Thus, the taking of a joke is, essentially, identity theft.

Identity theft by whom?

Some meshuga pisher, of whom no one we know has ever heard?! A fekokte momzer who plotzed into the public eye and now gives to comedians his bare tuchas?!

Would you steal lyrics from a rapper you interviewed in the hot tub filled with guacamole, while drinking rose, risking ending up leaking bubbles, son?!

Fat Jew, because of you, I had to look at myself; a person you might consider to be an alter kocker.

Am I better than you? No, I’m just a comedian who made his bones.

More importantly, have I ever stolen a joke?

The answer is yes.

I have. I stole it and drove it like I stole it until I crashed and burned. And I paid for it. I got what I deserved and as a result, I didn’t do it again.

When I was a new comedian who knew everything, and was armed with 20 minutes of material considered to be genius (by me), I started to headline for the first time. Closing the show, doing an hour—it’s the milestone that defines a comedian as a real pro.

Only, I didn’t have the time because I hadn’t done the time.

I decided I needed help and that help came in the form of Redd Foxx, who I loved as a kid, as did my whole family.

Sanford and Son made it cool to be poor, eccentric, and surrounded by junk, which my family was, and I’d repeat Fred’s Esther-directed insults: “I could stick your face in dough and make gorilla cookies!” whenever some cashier at Safeway would suck her teeth at the food stamps I was handing her way.

My favorite Red Foxx bit was from his stand-up act. It was under the radar. No one I knew really knew of it.

And it came to pass, Fat Jew, that I absconded with that bit. Aggregated it. Curated it. Recycled it. Repurposed it. Reclaimed it. Poached it. Purloined it. Boosted it. Jacked it.

The joke: Three guys are getting high. Cop comes banging on the door. One guy jams the smoldering joint into the cuckoo clock and shuts the door. Cop comes in and smells the weed, but he can’t find anything. He leaves. Guys sit there, waiting for the cuckoo clock door to open so they could retrieve the joint. Midnight; no cuckoo. One a.m., no cuckoo. Two a.m., no cuckoo. Finally three in the morning, the door creaks open slowly, the cuckoo appears looking disheveled and says: “Anyone know what time it is?”

I worked that joke into a long bit, camouflaged it with all kinds of autobiographical shrubbery so that it was virtually unrecognizable. I turned the guys in it into my friends, the location into my litter box-sized apartment in the Bronx.

It killed the first night I did it, as it should have, being already tried and true.

No one knew what I had done and that my new closing joke belonged to Redd Foxx, my rabbi.

It was my dirty secret.

Until one night on stage, I was at the end of it, and in the middle of the huge applause, a voice shouted out: “Man, that’s a Red Foxx joke!”

No one really seemed to care in audience what this guy was saying. But I knew and he knew.

It stopped me cold. I was speechless. Sitting heavy in my kishkas like tough brisket was shame.

It was a shonda.

Since then, I’ve stolen Jet Blue headphones without paying five dollars, and utilized those return address stickers that had come in the mail, personalized with my name, without sending the suggested donation to whatever organization for the disadvantaged had sent them to me.

I’ve done bad things and I may do some again.

But I haven’t stolen a joke again. I learned my lesson. To me, the difference is that these were items but a joke has a life unto itself.

I say all this because what is the use of someone saying something is wrong who hasn’t done wrong? So many spend half their lives telling us what not to do and the other half doing just that.

Only a reformed shmuck can really tell a shmuck, “Stop being a shmuck.”

Fat Jew, I admire a hustler who spins the dreidel and turns himself into a monetized commodity. This is a business where it’s harder to be successful than it is to find a yarmulke in Yancyville.

You robbed a bank and got a purple heart for it. You rose from being a shmegegge shvitzing in shmattes to the status of a groyser macher. You’ll probably end up with a hit show called “ Joshua and the Hole” about you and your talking bagel.

However you define what you do, learn from my mistake; my foreskin-challenged, reputedly rotund, member of tribe.

Our jokes are our lives, man.

Lives only we’ve lived, lives we doggedly mine for personal yet simultaneously universal details overlooked by civilians scuttling to their secure nine to fives; who’ll later recognize those details, emanating from a microphone over the clinks of drinks in the back of dark dive bars where no one can see the bottom.

A joke is a life, and as with any life, it’s always better to make one than to take one.

D.C. Benny is a comedian and writer who lives in Brooklyn and was most recently a top eight finalist on NBC’s Last Comic Standing. His video “White Boy Rips It At The Apollo” has been viewed over 7 million times. 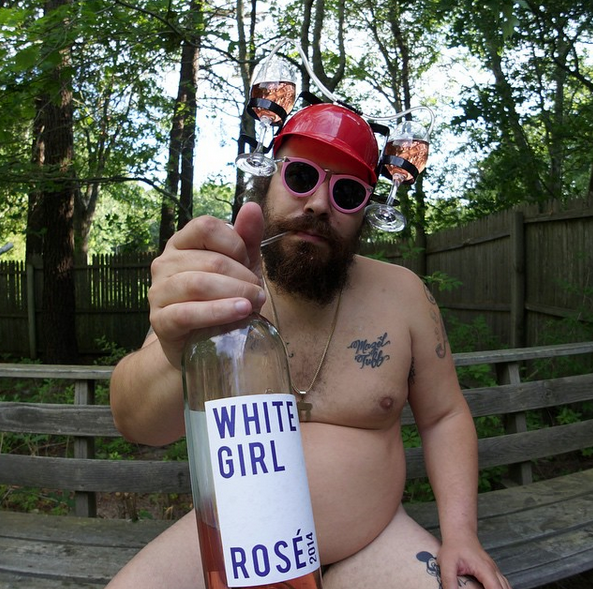