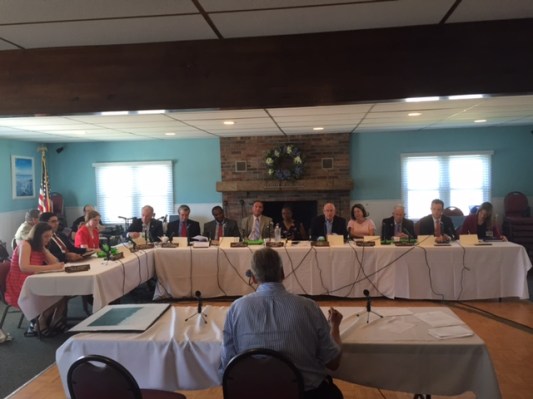 The legislative committee heard testimony on the pollution of Barnegat Bay

LAVALLETTE – The Senate Environment and Energy Committee and the Assembly Environment and Solid Waste Committee heard testimony on Monday to address pollution from reconstruction efforts in Barnegat Bay and other areas hit by Hurricane Sandy. The committee also praised the clean-up of the Edwin B. Forsythe National Wildlife Refuge while calling for stricter soil restoration standards for developers following major construction projects.

While the wildlife refuge has made great strides, Director of the New Jersey Sierra Club Jeff Tittel says that there needs to be more oversight from Trenton as Lavallette and other coastal towns continue to rebuild infrastructure damaged during Hurricane Sandy in 2012.

Newsworks reported on Saturday that the unsightly silt plume spreading across Barnegat Bay has in fact been the result of “months of construction activity” on Route 35. A New Jersey Department of Transportation inspection did not find the water to be hazardous.

“When you take the side of polluters and builders, it not only hurts the environment but actually hurts the coastal economy,” said Tittel. “The federal government has put a lot of money here, into New Jersey, but the Christie administration is still sitting on a lot of it.”

In addition to testimony from Tittel and environmental scientists, the committee lent the floor to Seaside Park Mayor Robert W. Matthies and Councilwoman Gail Coleman, who raised their concern that engineers brought in by the state to build pumping stations may not have prepared drainage systems that are up to the task of preventing run-off from construction into local waterways. Coleman described the persistent smell wafting off of the plume as “nauseating.”

“The Christie administration waived environmental standards for Sandy rebuilding and now we’re seeing the consequences of polluted water being pumped from Route 35 into the bay, or mounds of dreg spoils being proposed to be dumped in front of people’s homes,” Tittel told PolitickerNJ. He added that “instead of trying to protect people and property they actually added more loop-holes, more development.”

Of the legislative hearing, Assembly Chair Grace Spencer (D-29) said “[the] outcome was more than what we had hoped for.”

Pointing to Matthies’ and Cole’s remarks during the hearing, Senate Chair Bob Smith (D-17) said that “[we] have a big problem with contaminated water coming into the bay from one of the pump stations. That’s not how this stuff is supposed to work.” Adding that he hearing was only the beginning of legislative inquiry into the state of the coast, Smith said “we’re going to try and shake things up a little bit in the executive branch and find out what’s going on.”

Smith has said in the past that the onus for cleanup should be on developers, and told PolitickerNJ that several prominent soil restoration bills have stalled. The senator pointed to rumors of “a big internal fight in the soil conservation service.” 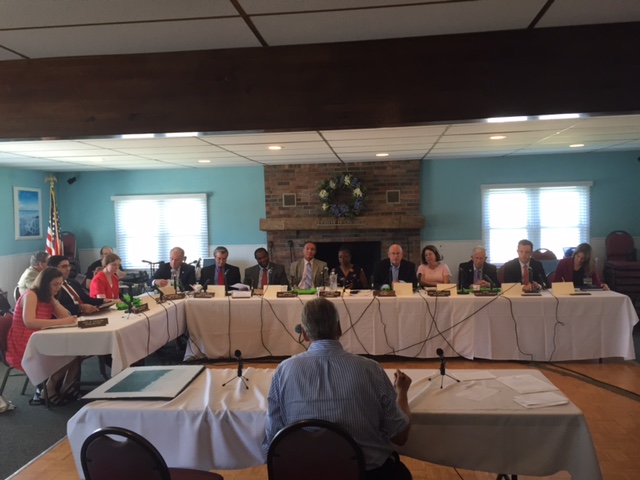