State Senate Republicans demanded that New York’s representatives in Congress—in both parties—vote against the Obama administration-backed deal to drop sanctions against Iran in exchange for a pause in its nuclear program.

Leaders in the GOP State Senate majority applauded Sen. Charles Schumer for deciding to oppose the accord, which Secretary of State John Kerry helped broker. But they argued that the senior senator must use his clout to convince all other Democrats to join him in preventing the Joint Comprehensive Plan of Action from becoming international law—including junior Sen. Kirsten Gillibrand, who has said she will vote in favor of the deal.

“I give Senator Schumer credit for doing the right thing and putting his state before his party. Saying that he’ll vote ‘no’ is a good first step, but it’s not enough. He must aggressively rally reticent Democrats in New York and across the country to this cause,” Majority Leader John Flanagan said today, emphasizing the opposition to the plan both among Americans and in Israel. “New York’s entire congressional delegation must stand together and reject this shortsighted agreement. This ‘deal’ would put our state, our country and our steadfast ally Israel at great risk, and is really no deal at all.”

President Barack Obama and his supporters argue the agreement is the only way to halt the Islamic theocracy’s development of a nuclear bomb. Republicans and Democrats like Mr. Schumer believe that Iran’s existing nuclear technology will remain intact through the deal’s 10-year lifespan, and that the provisions of the deal will be near-impossible for the United States to enforce.

Opponents also maintain that dropping sanctions against Iran will rejuvenate its economy, allowing it to send even more funds to terrorist groups like Hamas and Hezbollah, to reanimate its atomic facilities after a decade passes and to develop the ballistics necessary to launch nuclear attacks on American and Israeli territory—possibly even on New York City.

“Iran is the world’s leading state sponsor of terrorism. They brutally repress their own population and support surrogate terrorist groups who are actively engaged in killing Americans worldwide. With nuclear capabilities, America is handing a fundamentalist regime the tools of Armageddon,” said Long Island State Senator Thomas Croci, a former commander in the U.S. Navy and chairman of the Committee on Veterans, Homeland Security and Military Affairs. “New York State is the number one target worldwide for terrorism, so this agreement will have a direct impact on the security of every one of our constituents.”

Congresswoman Grace Meng of Queens and Congressman Eliot Engel of the Bronx, as well as Long Island representatives Steve Israel and Kathleen Rice, are among the New York Democrats to announce their opposition to the plan. Congress may vote against the agreement, but Mr. Obama will have the power to veto their decision, and most observers agree that opponents will not be able to pull together enough members to override the veto. 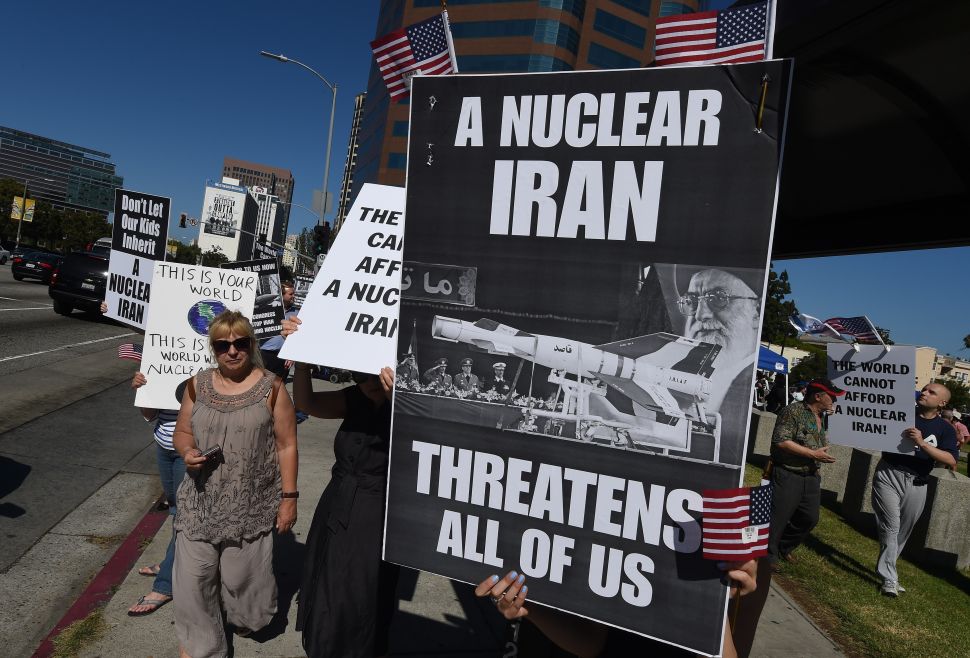