You know that fun thing when you go to a presentation or talk of some kind and it starts fifteen minutes late because no one can get the projector to work? It’s even better when it’s some famous engineer or startup founder who’s struggling.

Aren’t we supposed to be good at this stuff by now? Swipe, a startup out of London has created a way that slide presentations can be presented on projectors or online. This morning, it released a new version of the service, one that puts the text editing language Markdown at the core of how users format their slides.

A presenter beaten by their projector would have an alternative with Swipe: she could tweet out a link to the slides and everyone could look at it on whatever Internet-connected device they have handy, which would also be useful for conference calls. The presenter can also control which slides everyone sees and when multimedia elements start playing, as well.

“Tools should make you faster and better, not to make you think, but to help you think. And the only way they can do that is if they get out of your way,” Swipe CEO Horia Cernusca told the Observer in an email.

Users have been able to make slides for their decks in Markdown for a while now, but the prior version put uploaded files front and center, with Markdown slides as an option. This new version assumes users will start writing slides in Markdown. “With this update, we wanted Markdown slides to slowly become just slides in Swipe,” Mr. Cernusca wrote.

Invented by John Gruber in 2004, Markdown is a simple text editing language that can be used to format simply in a plain text editor. For example, to make a bit of text bold, writers simply put two asterisks on either side of the words in question. For example: **This would show up as bold in Markdown.**

As Mr. Gruber writes on his guide to the language, “Markdown is intended to be as easy-to-read and easy-to-write as is feasible.”

Which explains why Swipe is moving in this direction: the idea is that people writing presentations can just write and basically not think about formatting as they go. The Swipe tagline is: “You just write, we do the rest.” That said, for users that need a reminder on which symbols make which kind of formatting, there’s a new syntax helper at the top of the screen (clickable buttons that make the needed code).

Once users have made slides, users can move them around as they see fit in the slide editor, but you can also see previews of multiple slides at once, as you write them. Like so:

The new version also comes with built in templates, so users won’t need to think about background color and text colors if they don’t want to.

We would have posted a slide deck from the site here, but the embed didn’t work of us well on preview. Check out this one on creating decks online, however.

Slides can be downloaded now as Markdown files, in case you need to show a presentation somewhere with no Internet access. Mr. Cernusca also wrote that a PDF download option is coming soon.

Between the release of the first and second version of its core prodcut, Swipe built a related side-project that helped the company prepare this new version of its deck builder: Fiddle, a text editor that doesn’t require any kind of login. It’s a simple wait to start writing in a browser quickly and also to collaborate with others. Anyone with the URL can update what you’ve written.

Two obvious competitors to Swipe are Apple’s Keynote and Microsoft’s PowerPoint. Mr. Cernusca argues that his company isn’t competing with those products, however. Swipe is built for people who need to make slide decks sometimes but don’t want to be power users of complex software.

Google Docs has a free presentation tool built into it, of course. Slidedeck.com is another freemium option, but it only works as a download or a WordPress plugin.

Here’s a preview of the new version of Swipe in use: 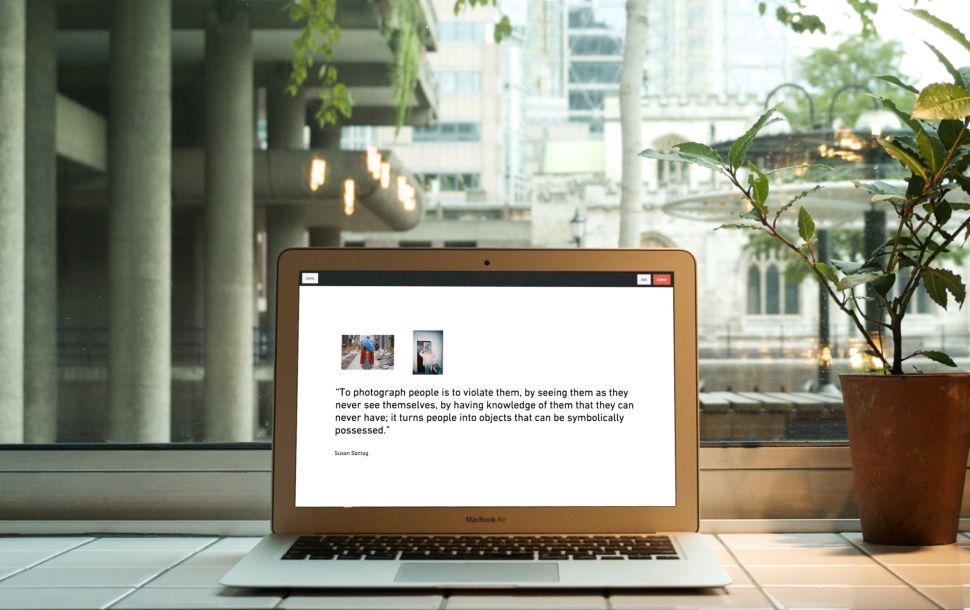