Today at the Television Critics Association press tour in Beverly Hills, FOX CEOs Dana Walden and Gary Newman confirmed that a 10-episode, event series revival of Prison Break is coming to FOX. Ms. Walden described it as a “bit of a sequel,” picking up several years after we left the characters in the 2009 series finale.

“We’re confident we’re going straight to series with that one,” Mr. Newman said. 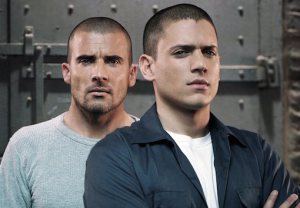