Each weekday, The Port Authority Bus Terminal Accomodates some 230,000 passengers. But the featureless, filthy and poorly signed terminal can barely cope with the traffic. The PA says it needs to tear down and replace the buildings to serve a projected 337,000 individual trips a day by 2040.

Earlier this year, under new PA Chairman John Degnan, the PA unveiled five options to replace the terminal, pointing out that any new structure would take 15 years to design, approve, finance and build. The various options would each cost roughly $10 billion—money that would come from New York and New Jersey taxpayers.

Do taxpayers really need to be on the hook for $10 billion and wait 15 years for a better commute to New Jersey?

Just look outside the crumbling terminal, with its cramped waiting areas, cockroach infestations and faded ’80s power-brass decor and you’ll see new office towers across Eighth Avenue. Down 42nd Street, luxury apartment buildings stretch to the Hudson River. A few blocks south and west, the Hudson Yards complex is rising over the Long Island Railroad’s train depot. With new buildings shooting up like bamboo in Midtown West, development rights should entirely pay for a new terminal.

Amazingly, the PA has yet to study what it could get for air rights above the terminal, though Andy Lynn, the agency’s director of planning and regional development, notes that “a big piece of [a new terminal] will be paid for by monetizing our development rights.”

A big piece? How about all of it?

The Authority should scale back its ambitions for a new bus station and use the far more efficient PATH network, a suggestion that’s been made by PA Vice Chairman Scott Rechler, a top real estate developer. He envisions a cheap, swift alternative: have buses connect to PATH trains in New Jersey, rather than cram them through the bottleneck of the Lincoln Tunnel. Better signaling systems, longer rush hours and longer trains would make up the difference. (The PA is already spending more than $300 million for new signals to move 50,000 more commuters a day, and is lengthening platforms to accommodate longer trains).

ls. Then the job of reconstruction becomes easier. Sell the entire 42nd Street site for an office block with a new bus station on the lower floors and when that’s done, unload the south building space. Even with 12 million square feet of office space coming online at the Hudson Yards over the next decade or so, there will be plenty of demand for new homes and offices in Midtown West.

And the new terminal could likely be built far more quickly and for far less money if the PA handed the whole project over to a private developer, said Barry LePatner, a construction attorney and vocal critic of overruns plaguing public works projects. “Do this as a public-private partnership, or as a design-build in conjunction with a developer who pays for the air rights,” advised Mr. LePatner. “If they negotiate it properly there are incentives to keep the construction costs down. To leave the PA in charge of construction is a guaranteed bad idea.”

If that fails, here’s another alternative: run a state-of-the art, high-speed PATH train through one of the Lincoln Tunnel’s three existing 21-foot wide tubes from the massive Secaucus junction rail and bus station in New Jersey, through Weehawken and right into the site of the current Port Authority terminal. A high-speed PATH line in a refurbished Lincoln Tunnel tube could move as many as 36,000 to 50,000 passengers an hour in each direction—far more commuters than 1,000 buses could in an hour—with no traffic jams.

Sell or lease the now-unneeded southern half of the bus terminal and other PA property in Manhattan to finance the new rail line, and you’ve solved a stubborn problem at little or no cost to taxpayers.

Peter S. Green was raised in New York. He served as Sarajevo bureau chief for UPI during the Balkan Wars, as Eastern Europe correspondent for the International Herald Tribune, as an editor at the New York Post and as a reporter and editor at Bloomberg News. 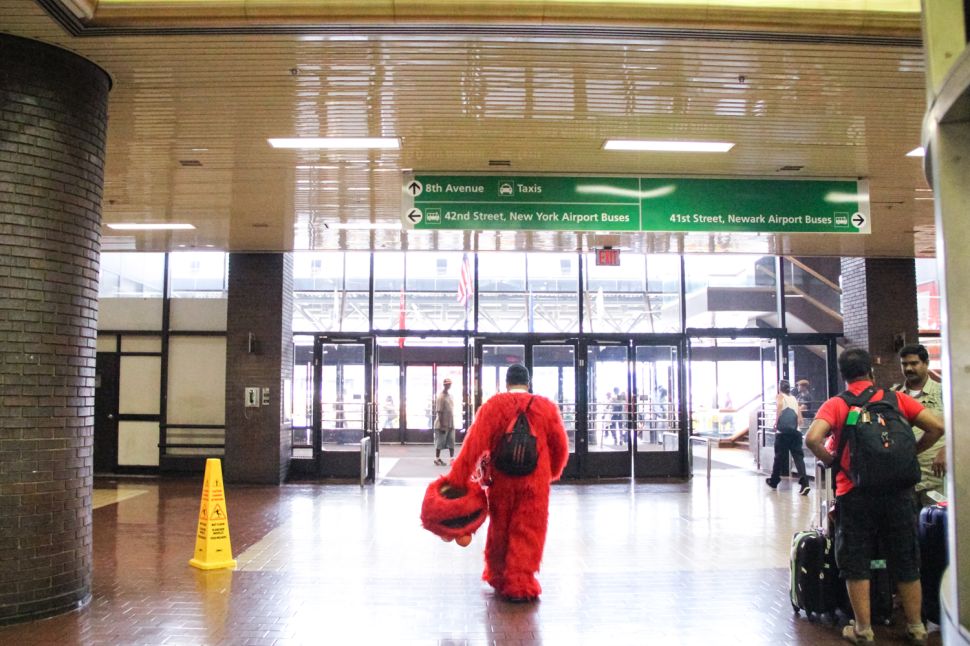