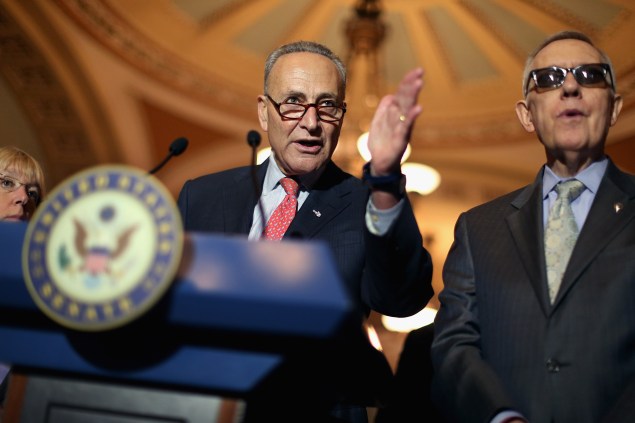 Senator Chuck Schumer announced yesterday that he would vote against the proposed Iran deal. That could not have been easy for him, as it pitted him against the Democratic party’s standard-bearer and the over-heated rhetoric of the Administration. For Mr. Schumer is slated to be the next Democratic leader of the Senate.

In his statement opposing the deal, Mr. Schumer said he would share his analysis with his colleagues, and supported pursuing “the hard-trodden path of diplomacy once more, difficult as that may be.”

In an open letter to the Senator, the Observer asked Mr. Schumer on this page to do the right thing and oppose this deal. We are grateful that he heeded our advice and the advice of many of his own constituents and millions of Americans.

Chuck Schumer did the right thing. We will ignore chatter that Mr. Schumer was freed to do so only after a whip count proved that “yay” votes from Tim Kaine of Virginia, Bill Nelson of Florida, Barbara Boxer of California and amid horribly flawed “reasoning,” New York’s own Kirsten Gillibrand, would make a veto impossible to sustain. The point is that he is a leader in the Senate and with this vote he led.

In this hyper-partisan era, Washington sees too much rhetoric and too little diplomacy. Mr. Schumer’s position is a welcome return to a lost tradition. A bi-partisan agreement to prevent Iran from acquiring nuclear weapons and having the means to export terrorism is no small task. But with Mr. Schumer’s leadership, it can happen. In the modern era we have seen seemingly intractable problems attacked when there is mutual trust and real leadership: in 1986 when Senators Daniel Patrick Moynihan and Bob Dole reformed the Social Security Act; in 1990, when Senator Dole and Maine’s George Mitchell established the Bipartisan Policy Center and pushed through the Americans with Disabilities Act; and again in 1997 when Senators Ted Kennedy and Orin Hatch pushed through S-Chip—the State Children’s Health Insurance Program.

Mr. Schumer certainly has his work cut out for him. First, he has already been attacked from the left. Move-on.org has said that it plans to mount a donor boycott of the New York Senator and the Democratic party. In fact, apparently intended as a smear, it compares Mr. Schumer to former Senator Joe Lieberman. We can think of no higher compliment.

Second, in its seemingly desperate need for a deal, the Administration has engaged in ad-hominem attacks, less-than-half truths, and war-mongering threats. To achieve the verifiable agreement necessary to ensure a non-nuclear/non-terror-exporting Iran that we need, the Senator will need to forge a bi-partisan backbone that Mr. Kerry can take with him back to the negotiating table.

We believe Mr. Schumer is up to the task. We applaud him for this just and courageous stand. 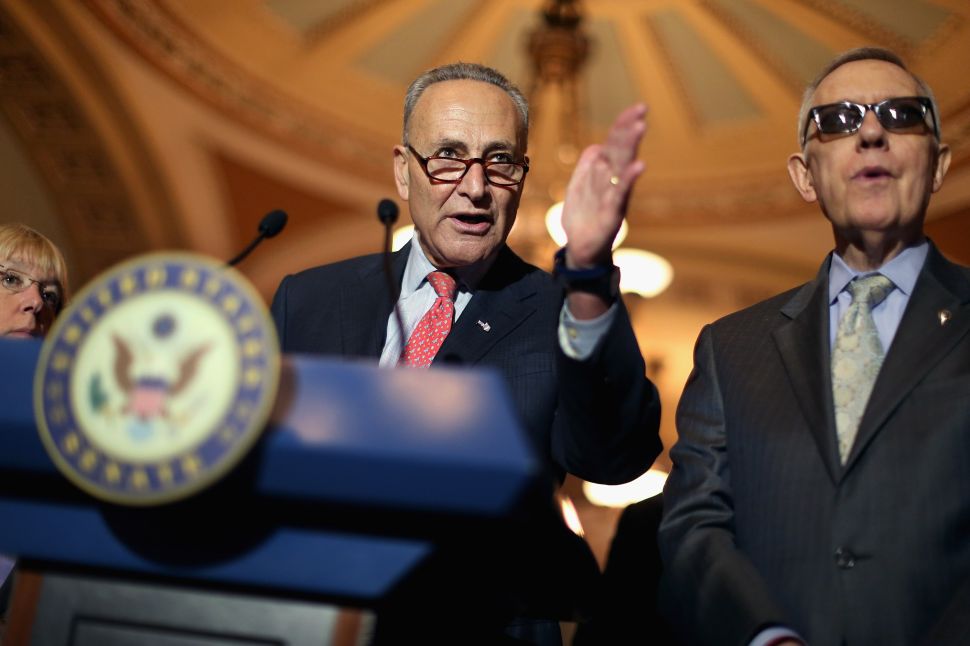