Entertainment Weekly reported today that DC and the CW cast the actor to portray the villainous Vandal Savage in the super-hero team-up series Legends of Tomorrow. Hailing from Denmark, his name is Casper Crump. Casper Crump. Casper Crump! That’s incredible. Good for you, Casper Crump.  No matter how many times I type that name it never stops sounding less amazing or any less like the name of the child that Roald Dahl cut from his first draft of Charlie and the Chocolate Factory. The one that shows up at the end and kicks Willy Wonka’s ass. Casper Crump! That’s such a cool name. It’s like what would happen if you paid Stan Lee a ton of money in the 1960’s to name your child. Just non-stop, badass alliteration.

Oh my God, wait, I’m sorry. Why did they even cast him as Vandal Savage? They should have brought Casper Crump in to play Casper Crump, and then sat back as money literally poured into the windows of the DC offices. Alas, they didn’t. They cast him as Vandal Savage, an immortal villain that has spent his 6,000 years on Earth influencing the powers that be toward their own downfall, to his benefit. According to that trailer up there, Savage  “commands the most powerful army the world has ever seen.”

You know what I would do if I was immortal? Spend 6,000 years convincing the strongest blood-lines to name their sons Casper Crump. That’s what I’d do.

Legends of Tomorrow debuts mid-season on the CW, following a slew of crossover episodes between CW’s Arrow and The Flash. 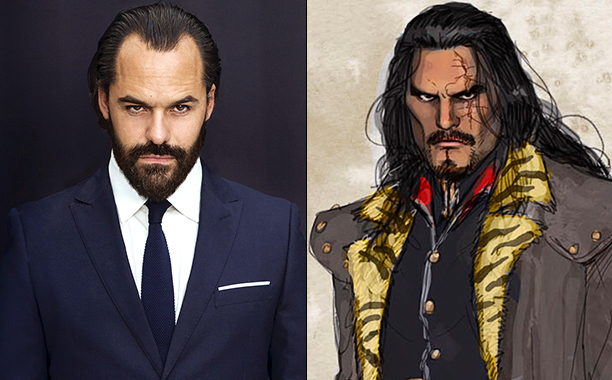 Filed Under: TV, The CW, DC Comics, Legends of Tomorrow,