There are many artists who fit the romantic ideal of the socially awkward weirdo, but rarely are they celebrated in the gilded confines of New York City.

Today’s metropolitan artists are generally beautiful, efficient and exceptional at moving through a variety of social circles with ease. These are traits that will lead to success in most any field, but are particularly useful in the art world. Yet the sober fact remains that financial success doesn’t equate to lasting acclaim for most artists. As is such, the art world often has intermittent reassessment periods that help rectify the all-too-natural propensity to favor the pretty and popular artist over meaningful artistic objects.

We are seeing such a reassessment now, as art world tastes seismically shift.

For nearly a decade, there’s been a form of conceptual abstract painting that’s dominated the art world—a style often referred to as Zombie Formalism due to its purposely affectless application. Its popularity, as is often the case, has led to unending formulaic versions. Now, representational painters like Peter Saul and Roger Brown (the latter happens to have not one but two knockout shows in New York at the moment) are rightly being championed again, as is the oddball group of Chicago image-makers known as the Hairy Who.

They are the centerpiece of a sprawling—and awfully appealing—summer group show called “What Nerve! Alternative Figures in American Art, 1960 to the Present.”

The show is a sundry stew, organized by publisher, curator and all-around comics specialist Dan Nadel. A larger version of the show had been on view at the Rhode Island School of Design campus gallery since late 2014 and was pared down for this summer show at both Matthew Marks Gallery spaces on 22nd Street in Chelsea. The exhibition is centered around the Hairy Who antics of the 1960s but also delves into the Mike Kelley-led Destroy All Monsters collective of the 1980s as well as RISD’s own late ’90s art collective, Forcefield.

These groups, and other like-minded individuals, make up a show that is a noble attempt at defining the lineage of the “misfit” American artist, a strain that is often overshadowed by the linear narrative of post-conceptual careerism.

Upon entering the larger Marks space, the genius of Hairy Who artist Karl Wirsum warmly greets you in the form of the epic 1964 painting titled Baseball Girl. One of the founding members of the Chicago collective and a School of the Art Institute of Chicago graduate, Mr. Wirsum has produced in this artwork a rapturous slice of Americana that seems to presage everything from the Rolling Stones tongue logo to R. Crumb’s Zap Comix. Unlike fellow Who-ist Jim Nutt, whose consistent and finely honed portrait style found easier market acceptance, Mr. Wirsum changed style more dramatically; bouncing from iconic caricatures like Baseball Girl to the psychofuturist rambles of later works.

Mr. Wirsum has shown his work in New York as recently as 2013 at the Derek Eller Gallery in Chelsea, but a new art world emphasis on young figurative artists is helping to shine an even hotter spotlight onto this quirky and undeniably gifted artist.

While the enigmatic Mr. Wirsum could be considered the major discovery of this show, he is far from the only revelation in “What Nerve!” The large-scale reverse Plexiglas paintings of Gladys Nilsson share the zealous energy of her collective’s oeuvre, yet also mine the bouncy gaiety of the Yellow Submarine or the Monty Python’s Flying Circus animations from the ’60s. Ms. Nilsson, who is married to Mr. Nutt, has also shown new work in Manhattan recently (at Garth Greenan Gallery) and looks to be benefiting from the changing of the aesthetic guard.

Other artists of this era who surprise include Suellen Rocca with her lovely ink drawings such as Untitled (hands/”handbag-handbag”), which resemble freeform versions of drawings by another artist in the show, the late Los Angeles-based artist Ken Price. Price is represented here by an ebullient yet bizarre pedestaled sculpture from 1968 titled Red Egg, a smooth vermillion ovoid punctuated by black holes in biomorphic shapes.

The following generation of freakish makers in this show does not disappoint either. Mike Kelley sets the blithely macabre tone for his collective Destroy All Monsters with a dynamic black and white print titled Political Cartoon (In the Clutches of Evil), 1976-2011. The prophetic self-portrait of Kelley in the grip of death’s crab claw is in and of itself enough to intrigue, but the artist’s ultra-detailed blend of cartooning styles (which drew from George Grosz and R. Crumb while influencing everyone from Raymond Pettibon to Spongebob Squarepants creator Stephen Hillenburg) offers a serious “wow” factor.

Other members of Destroy all Monsters display impressive staying power as well. Cary Loren and Jim Shaw helped set the groundwork for the grunge aesthetic of the early ’90s, and for future media artists who dared to explore personal narratives with commercial processes.

Last but not least is the end-of-century noise band/art collective known as Forcefield, a Rhode Island group that included artists Jim Drain, Matt Brinkman, Ara Peterson and Leif Goldberg. The band’s knit costumes–which are worn by mannequins–populate the exhibition, and a boisterous film full of cartoonish pattern and electronic feedback holds its own room with electrifying effect.

Forcefield’s hand-wrought, cross-media stunts read like the final chapter of a book you know the ending of—and still you read anyway. The group’s familiar cartoonish line weasels it’s way not only into art mediums like video but also into fashion and music. It’s one of the rare instances where we see a leveling of any and all media, instead emphasizing a constant and pervasive style, a way of life, if you must.

The group represents a final gasp of urgent personality that neatly ties up the 20th century before it gives into the grip of the 21st century’s acceptance of redundant re-interpretation.

Only time will tell how and where future oddball ingenuity will resurface, but it will likely crop up sooner or later, despite the never-ending stream of tidier and more sophisticated artworks that more suitably grease the needy wheels of commerce. 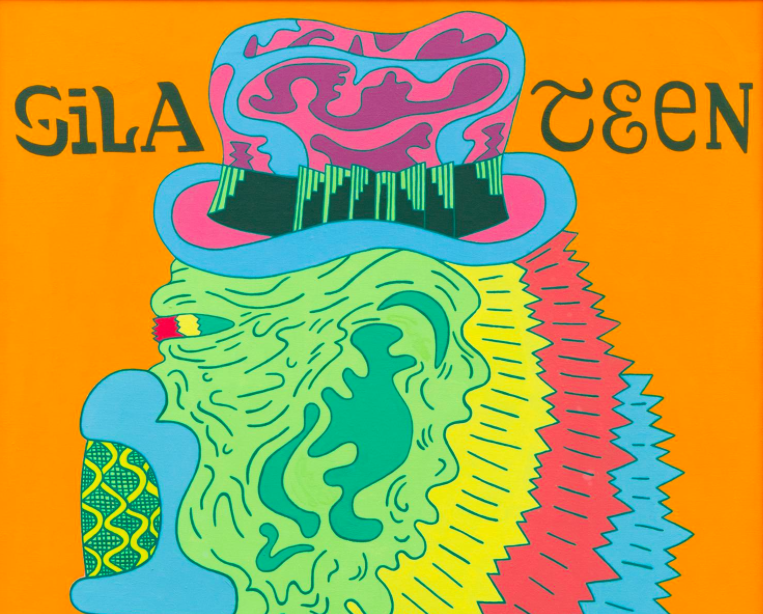