Brick was supposed to be competitive this year, but when Republican Dan Toth removed himself from contention to fight a charge of criminal sexual misconduct with a minor, the GOP found itself faced with a new challenge: how to recover (again) from a collective state of shock before being able to make a game-face next move.

Sources in both parties say the innocent until proved guilty but at present politically deep-sixed Toth was the top of the ticket for the four-man Republican squad this year in an election where council control is at stake. Insiders anticipated this Brick election be one of the fiercest local contests in the state. Even today in the aftermath of Toth’s horrific meltdown a Republican whispered politics, suggesting that “I don’t know… you know, maybe the kid…” his voice trailing off in desperation.

This was supposed to be the young GOP guns guys’ elections, where that crowd of party comers pushed aside in the era of former Mayor Stephen Acropolis would come back now to finally make things right for the GOP in a town where movement conservative Republican Steve Lonegan defeated Cory Booker with over 70% of the vote but where Democrats control seven of seven seats.

It’s the only town in the sprawling county of Ocean with a Democratic mayor.

Toth was going to get a toehold toward two years from now.

This was going to be the election where Ocean County GOP Chairman George Gilmore came back with the warpaint on and exacted payback on the Democratic forces of Mayor John Ducey, who turned the countywide legal giant out of a local contract. None other than crack Republican strategist Bill Stepien was “involved” in this year’s race.

But now the party must weather the shock of losing Toth. One GOP source insisted that Frank Pannucci could shoulder the top of the ticket slot, and argued that Pannucci, the newly appointed administrator in Point Pleasant, could have even made the case that he – and not Toth – topped the ticket as recently as Monday.

“It was really one and two with Toth and Pannucci vying for the top spot,” said a Republican.

Democrats, of course, are adamant that Toth topped the ticket and even go as far as to hint at the argument that the other three guys “were all Toth,” in the words of one operative, as if the former Republican councilman had single-handedly made them. The source points out that Toth ran off the line for mayor in 2013 in the Republican Primary against mortally wounded Acropolis hand-picked candidate Joseph Sangiovanni, and could lay claim in the aftermath as the leader of a less humiliated wing of the Brick Republican Party.

Democrat Ducey beat up Republican Sangiovanni in that general election: 61 to 37% – in a Republican town.

Toth was ready to lead the party back to glory, sources say.

Two sources close to the action say Gilmore remains committed, and sees this as maybe his best shot to get bodies on the council to tilt the governing body back into the Republican column. Polling well as a local brand, Ducey may be too hard to beat in 2017 when he heads his own slate.

Now is the time.

But maybe now it’s not the time.

“When you throw something up in the air, it comes down eventually, and so it is with Brick,” a GOP source told PolitickerNJ. “Brick is Brick. It’s a Republican town and sooner or later it will go back to being Republican.”

“But I wouldn’t want to be on that GOP ticket and going door to door in Brick right now after this thing with Dan,” another Republican source added.

Democrats close to the ground insist that Gilmore is in part the Republicans’ weakness here, and argue that they win by cutting into that portion of the GOP electorate utterly fed up with the Republican establishment. Toth had personally fought that establishment off the line and was seen as a genuine local star who stood the best chance of uniting fractured GOP forces.

Now no one knows who will replace him and Democrats are trying to spread the notion that the remaining three Republicans are too weak to stand upright on their own without their vanished leader.

Brick by the Numbers:

Elected Officials and term of office: (all Democrats)

2015 Candidates: 4 seats up this year, all Republicans

Dan Toth [R] (removed as a candidate this week) 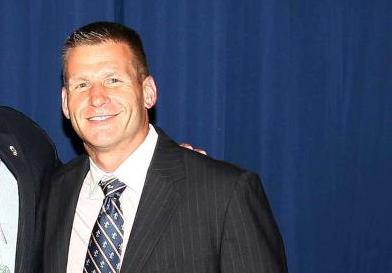