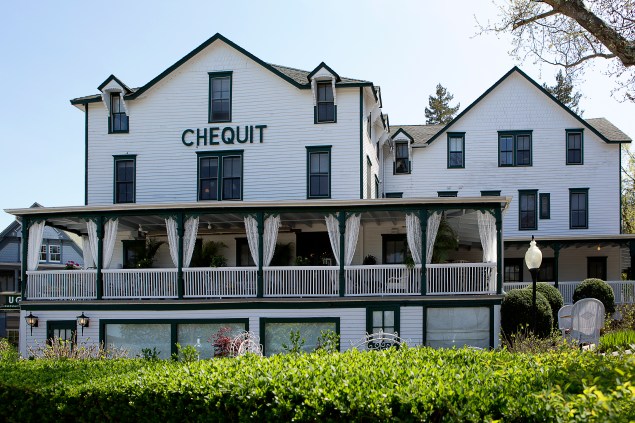 Shelter Island has long been considered the sleepiest enclave of the East End thanks to its solitary location smack in the middle of the Shelter Island Sound. To get to Shelter Island, you have to want to go to Shelter Island and commit to getting on line and boarding a ferry from either North Haven in the south or Greenport in the north. This isolation is what gives the island a slower, quieter feel than its neighboring towns, a melding of country and beach life condensed on 27 square miles. This is also what the locals love about living there. There is no Lily Pulitzer, no Intermix. No Maseratis lined up outside Sant Ambroeus on a Sunday morning. And after seeing Montauk slowly transform from quiet fishing village to crowded party town in the last five years, Shelter Island residents are protective of the island and anyone who lands there.

This is why David Bowd and Kevin O’Shea have spent the last eight months tiptoeing around the island, quietly renovating The Chequit gently, graciously. After purchasing the historic inn in 2014 from the Eklund family, their goal wasn’t to bring a new type of traveler to Shelter Island but to blend with the physical and spiritual terrain of the area. “Shelter Island has a very different feel than the rest of Long Island and has a more rustic, true-to-life sense of heritage and history,” said Mr. Bowd. “We’ve been welcomed to the island warmly because we want to create a great quality hotel, not a nightclub.”

No, The Chequit isn’t attempting to compete with Andre Balasz property Sunset Beach as another option for the “Sunday Funday” set, but rather serve as a compliment to it. “Our guests will tell us, ‘Oh we partied like rock stars at Sunset Beach last night but then we came back to The Chequit and had a great night’s sleep,” said Mr. Bowd, whose tenure in the hotel industry includes working in numerous luxury hotels for nearly 30 years, including under hoteliers Ian Shraeger and Mr. Balazs himself.

The Chequit marks Mr. O’Shea and Mr. Bowd’s third property under Salt Hotels. When the pair met, they decided to combine their talents in their respective industries (Mr. O’Shea is a renowned interior designer) by creating Salt House in Provincetown in 2013. Since then they’ve added another property in Provincetown, Eben House and then The Chequit. Plans are also in place to open properties in upstate New York, The Berkshires and San Francisco. The pair isn’t looking to create an empire, but a new vision of the bed and breakfast, modernized for today’s luxury traveler.

“At bed and breakfasts you have this incredible personal service experience, but terrible design–it’s like sleeping in great grandmas house,” said Mr. O’Shea. “We wanted to keep the guest experience side of it, but bring it into a highly designed place, where we’re pushing boundaries and making something different.”

True to their vision, The Chequit features 37 chic, tasteful with rooms throughout three buildings featuring muted color palettes of pink and gray and amenities like plush linens, renovated bathrooms and oversized tubs with delicious products—luxuries one would find at any Four Seasons but with the care and attention of a small inn. In particular, the breakfast options, conceived by Mr. O’Shea himself, are the same delicacies found at a bed and breakfast but without the chintz. A lazy “help yourself” selection on a giant porch of frittatas, homemade cinnamon rolls, fresh granola and Greek yogurt parfaits makes for the perfect pre-beach nosh. “We love to entertain, so we thought, let’s do breakfast as dinner party, as a social piece and we found people love it,” said Mr. Bowd. For those who don’t, the inn prepares breakfast and leaves it at their door at a desired time.

To round out the offerings, the store Wampum NYC took up an outpost selling surfer and skater-style hooded sweatshirts and apparel, and the restaurant Red Maple recently opened, offering raw bar and local specialties al fresco. For a small inn, The Chequit lifestyle has all the trappings of a luxury resort. But if you make your way out there, just remember to keep it low key. It’s Shelter Island after all. 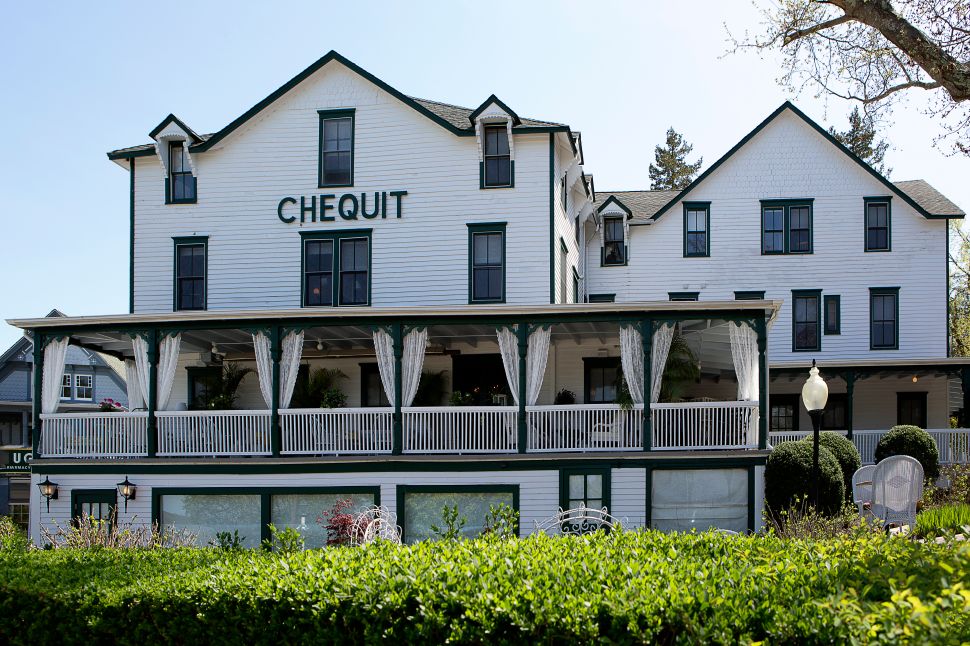