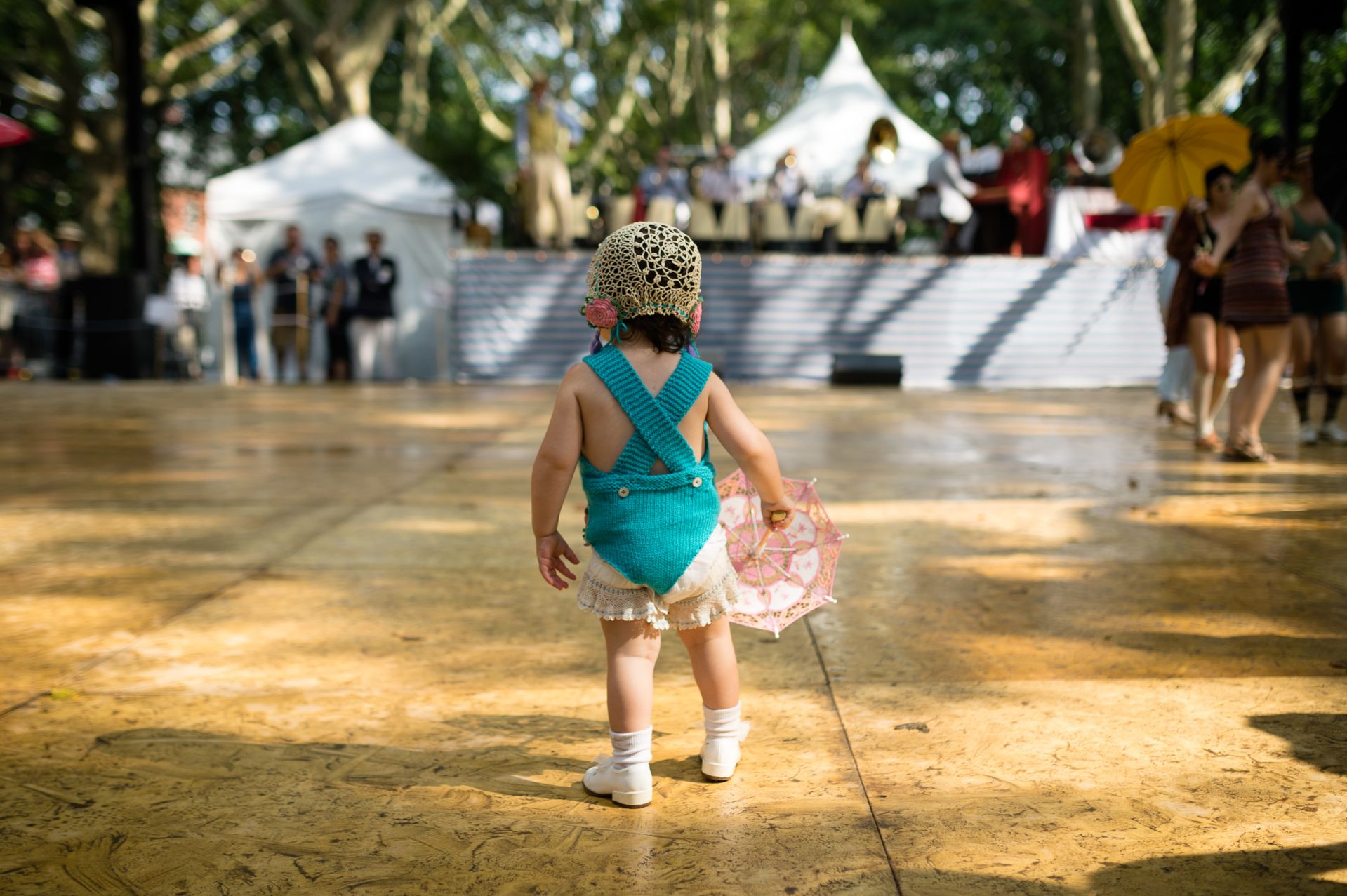 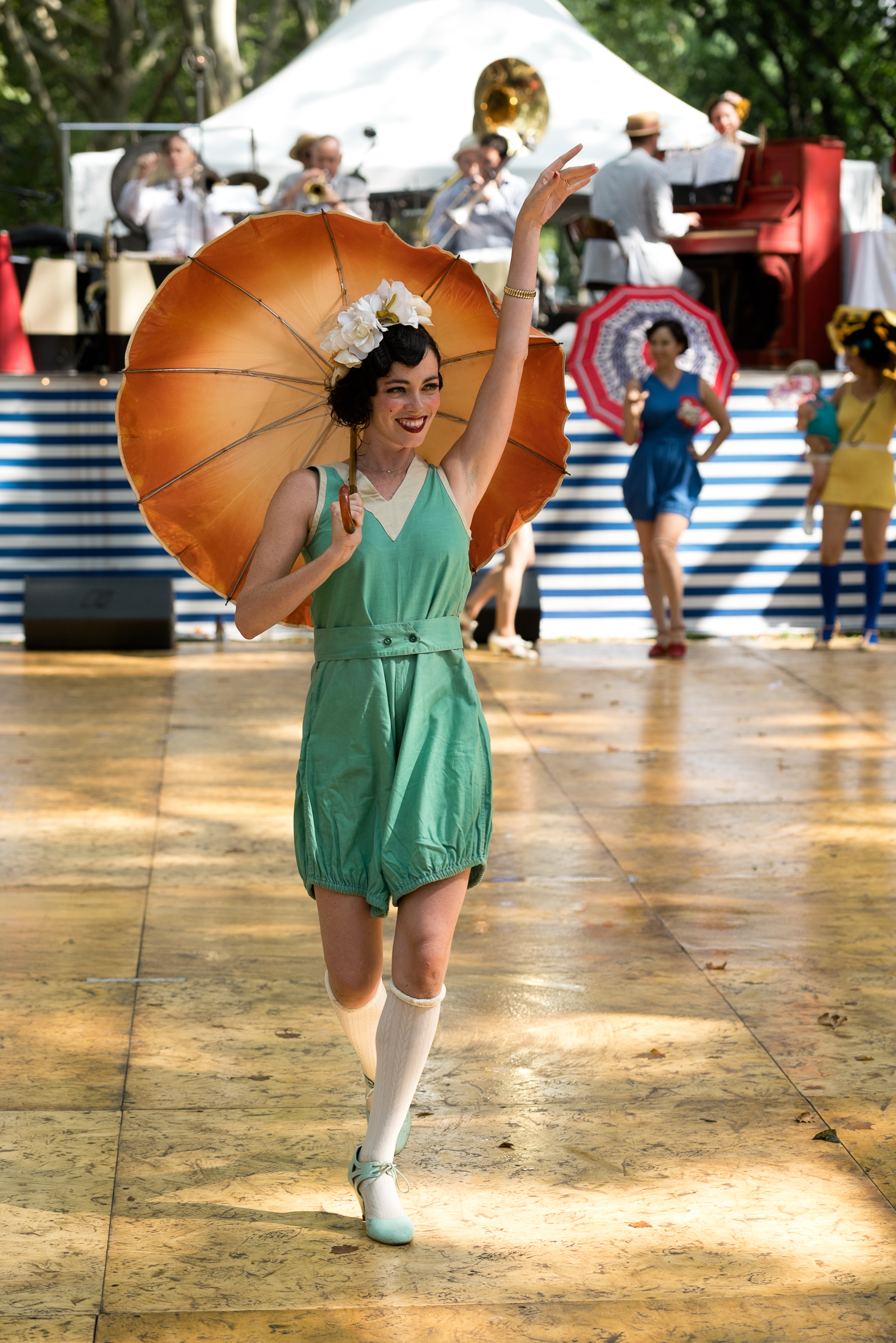 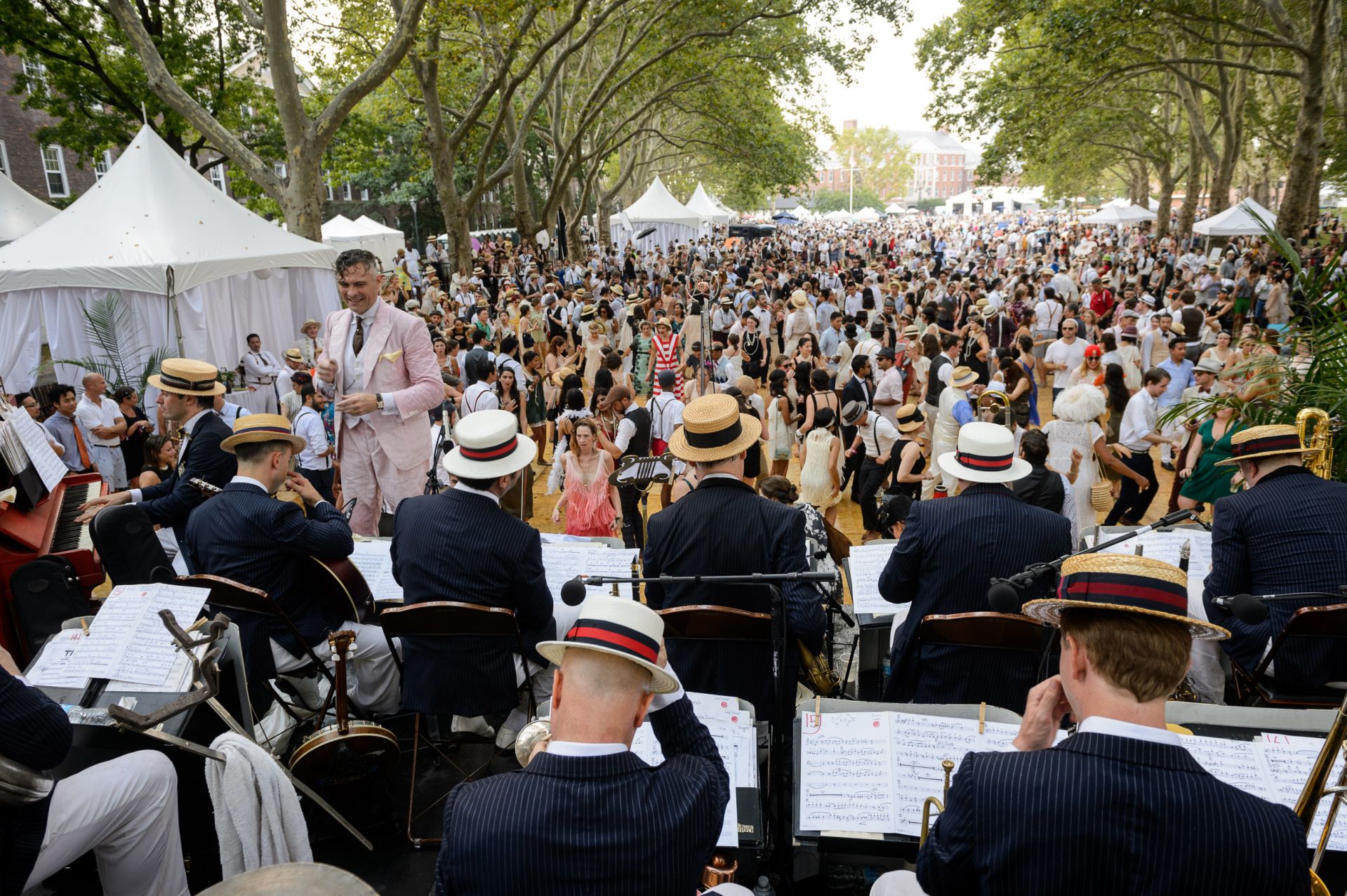 Michael Arenella and his Dreamland Orchestra 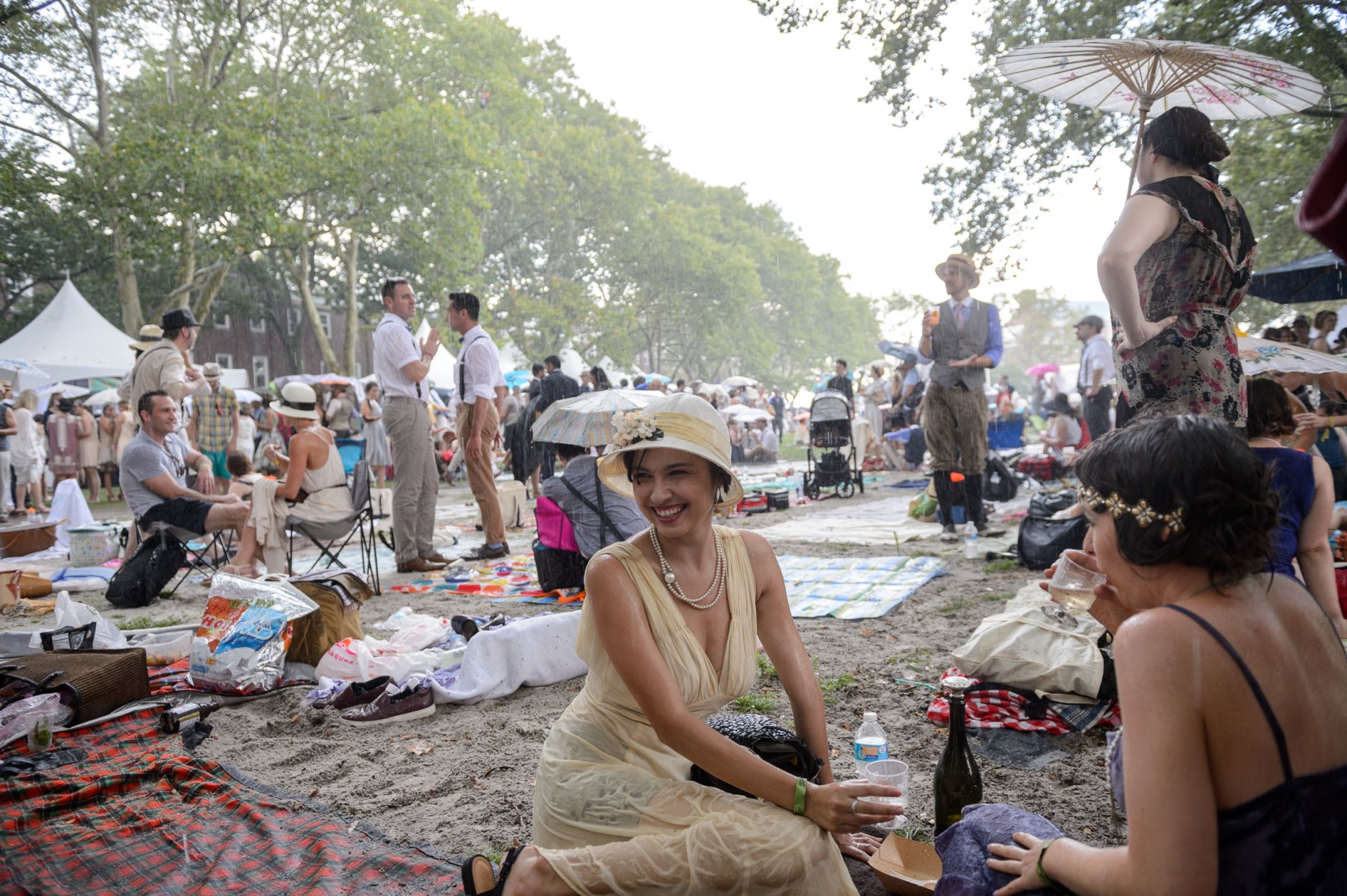 Picnics in the Rain
Advertisement 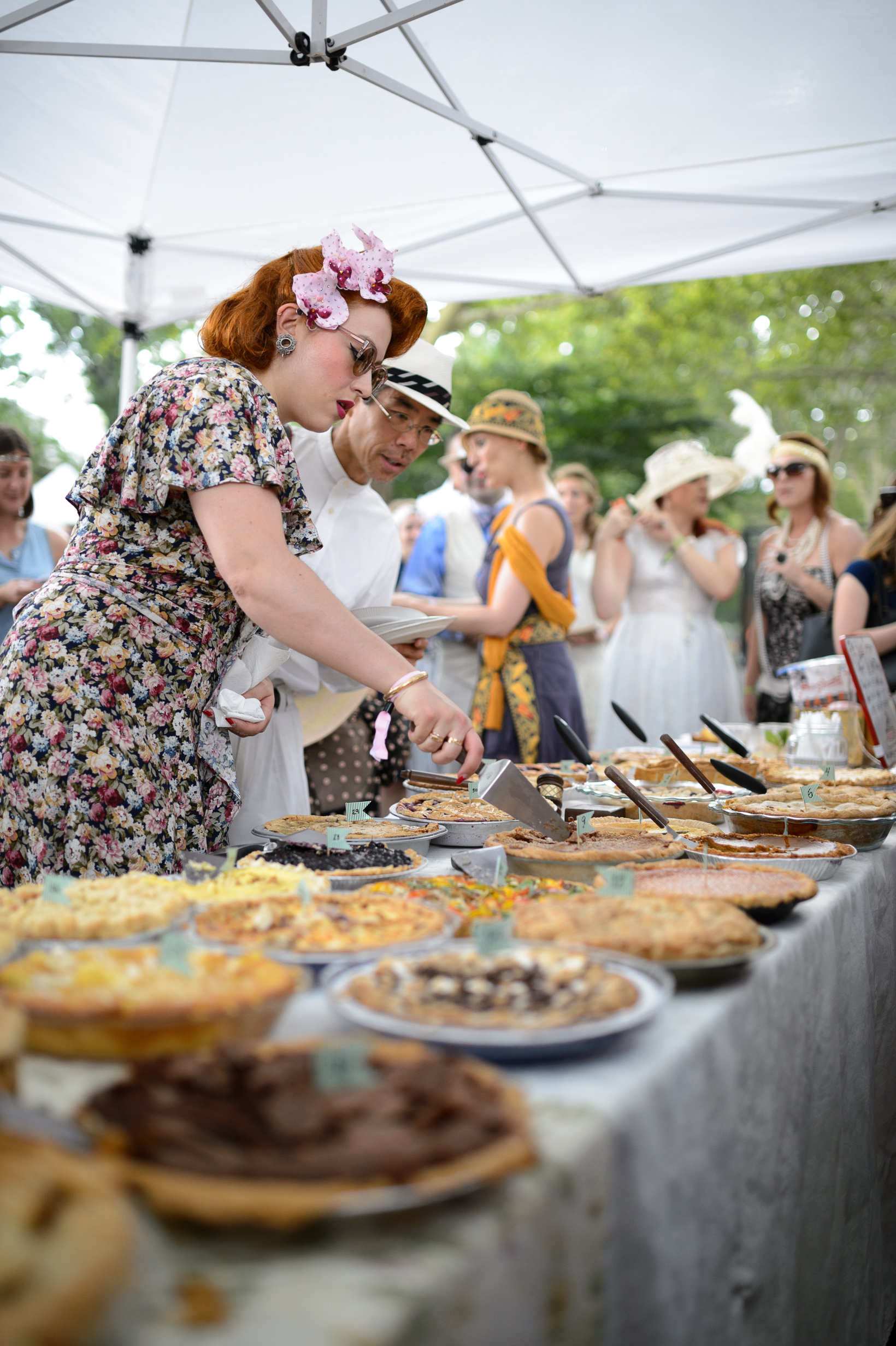 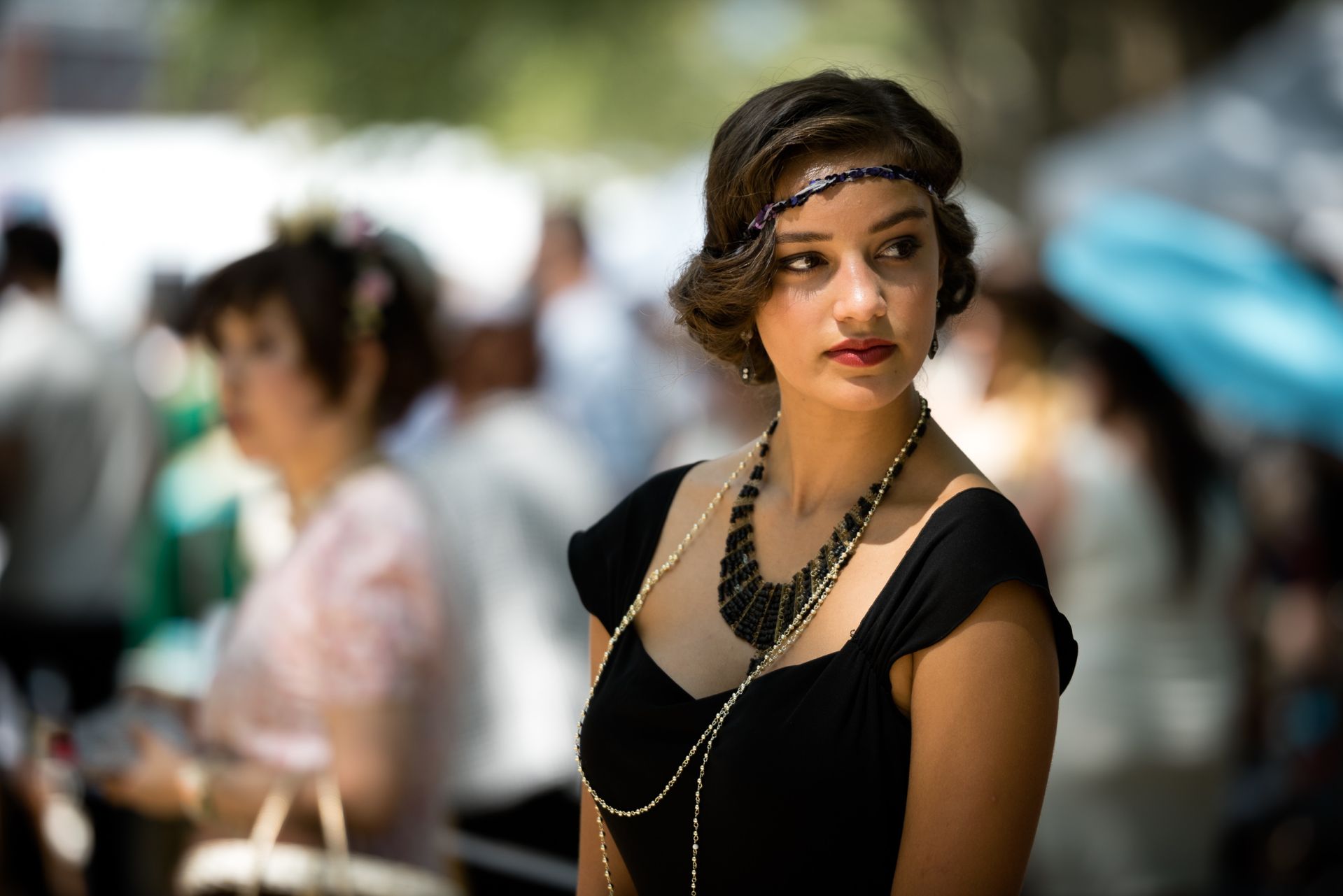 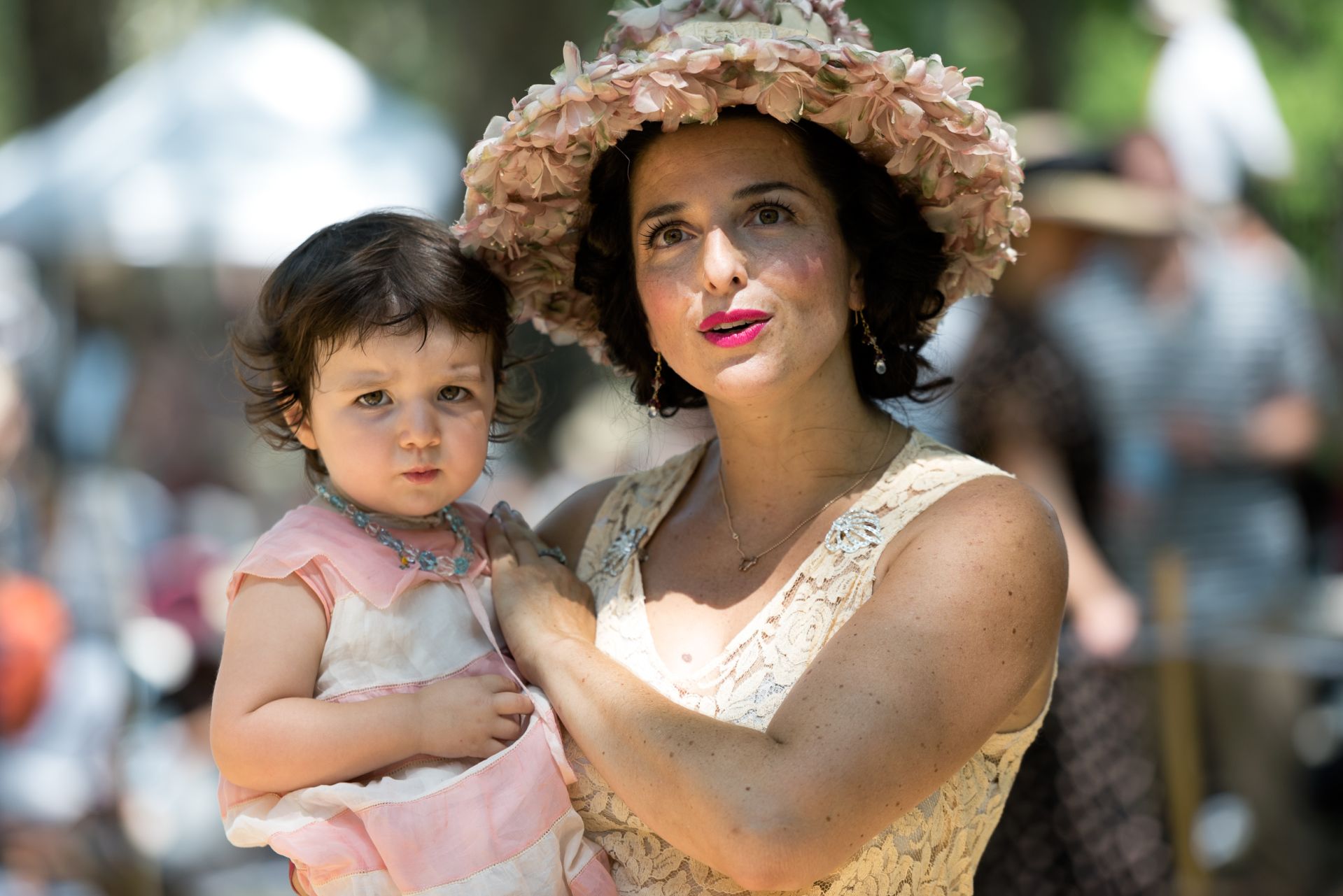 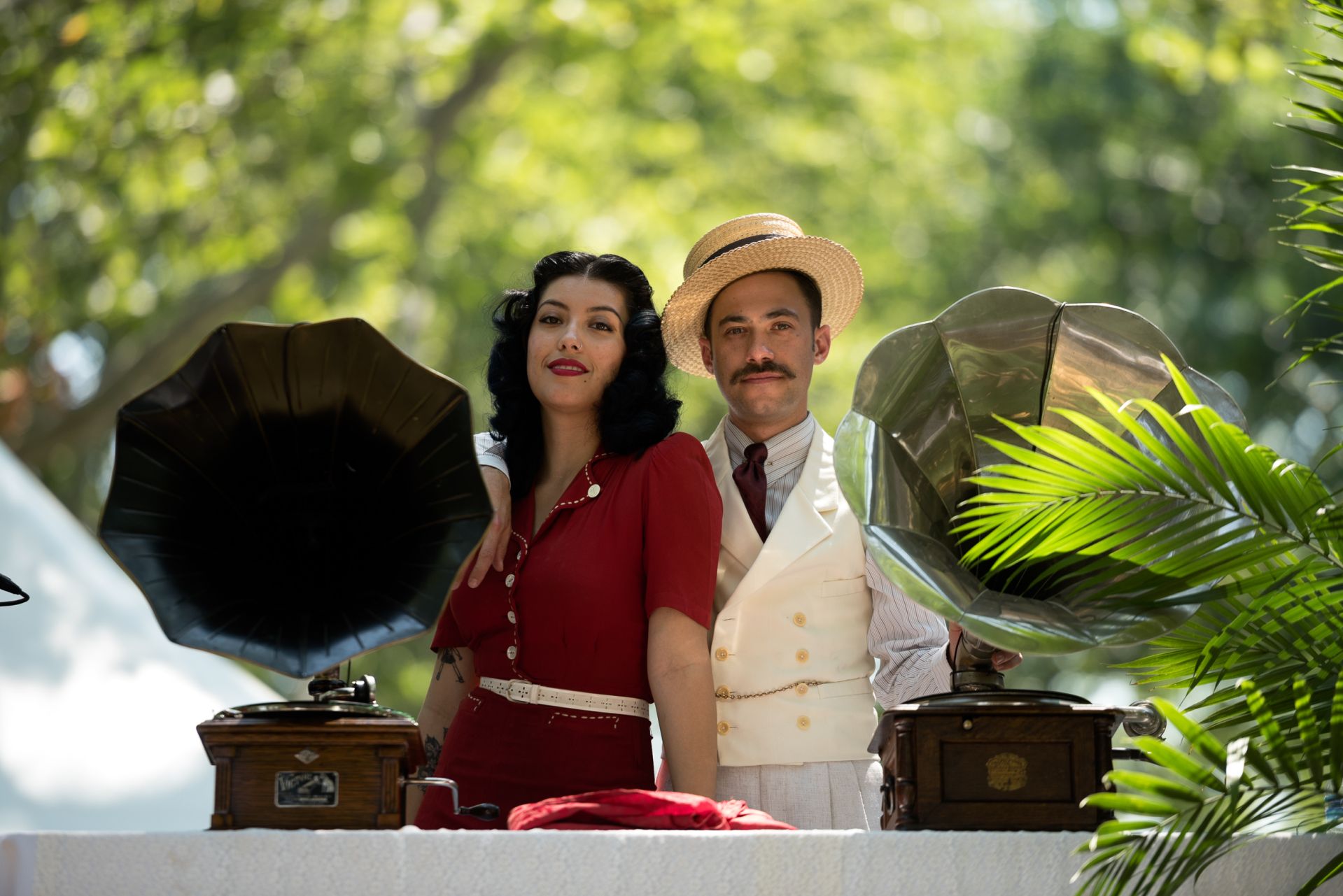 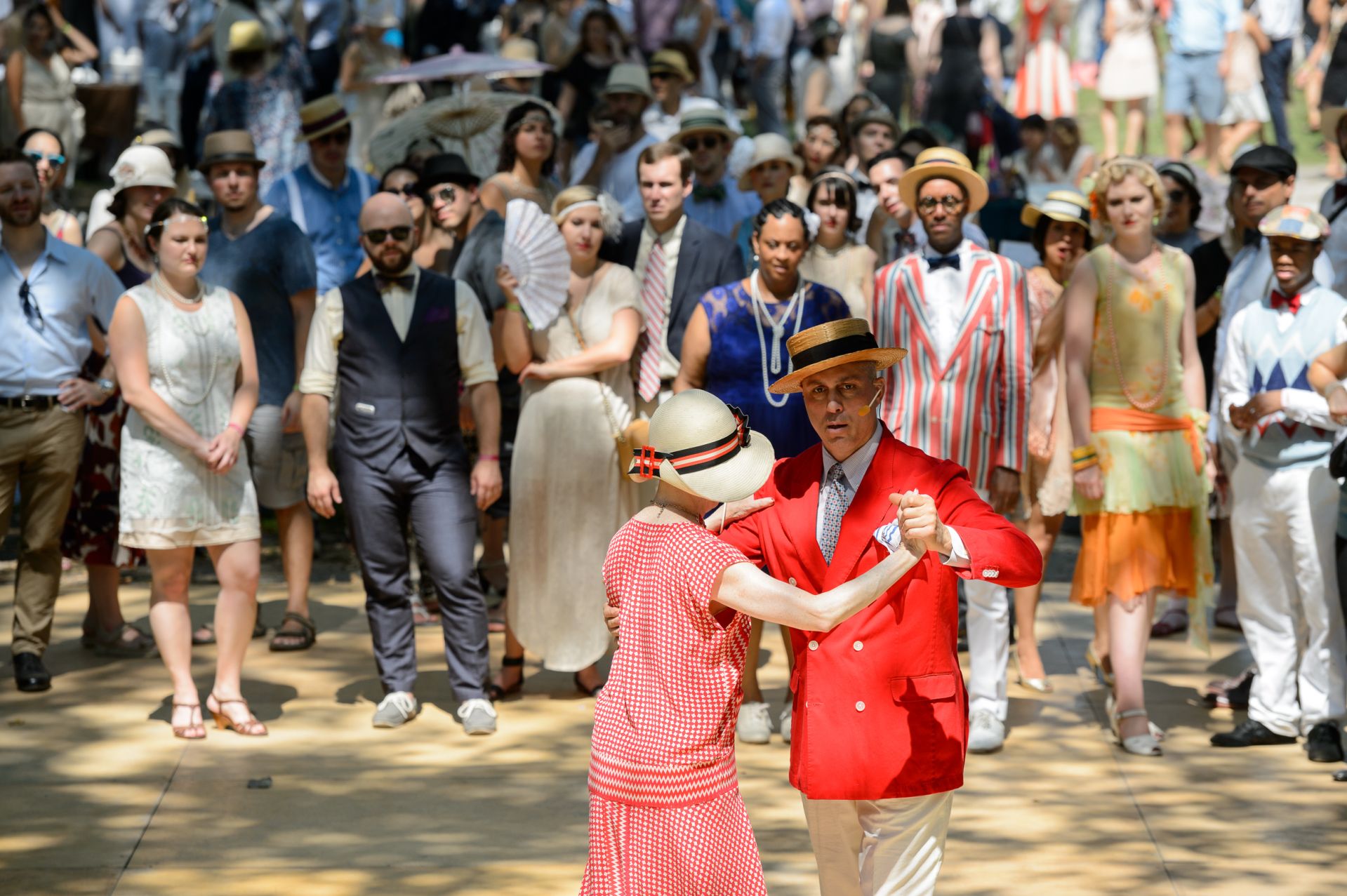 Taking to the Floor 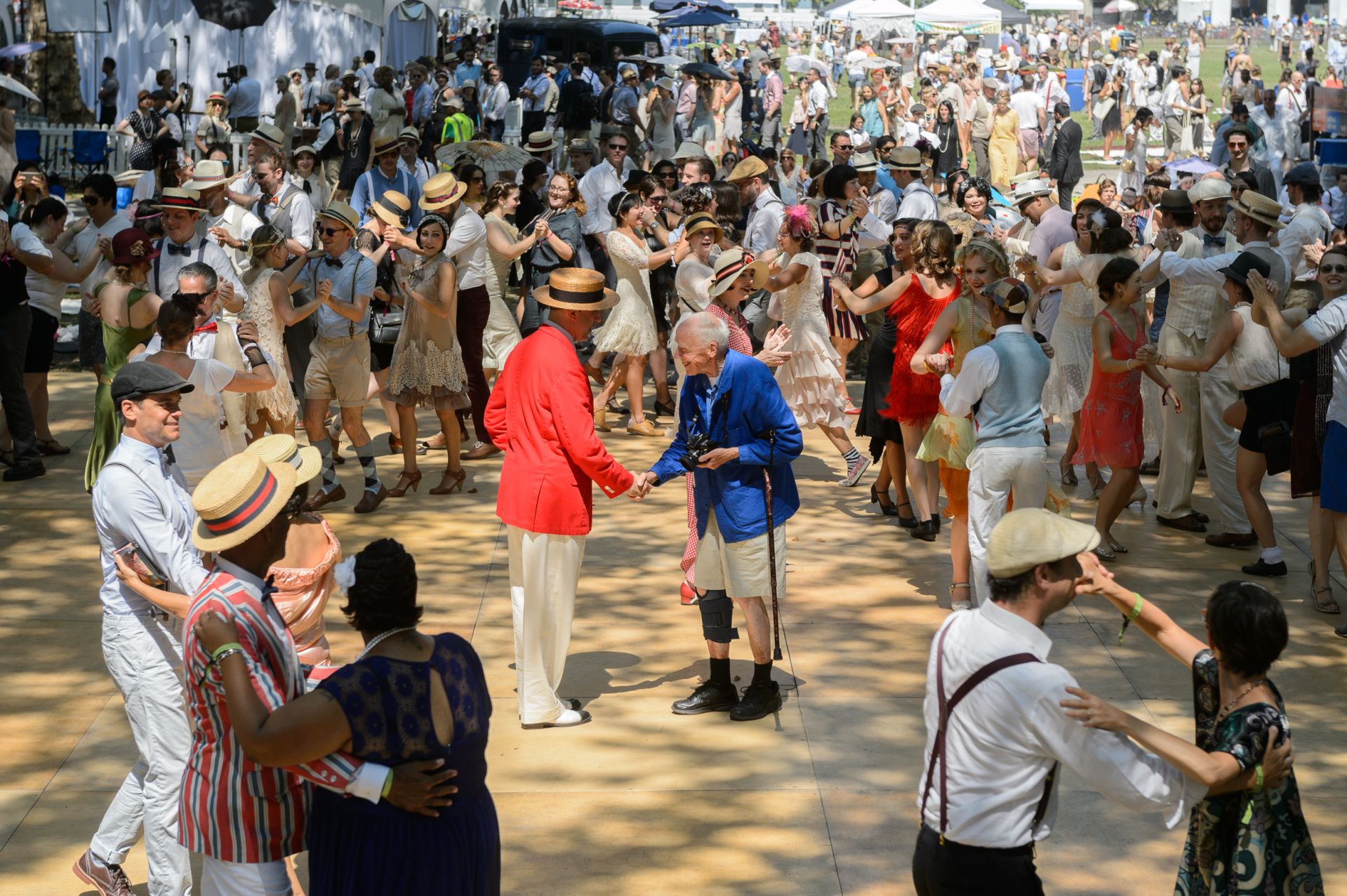 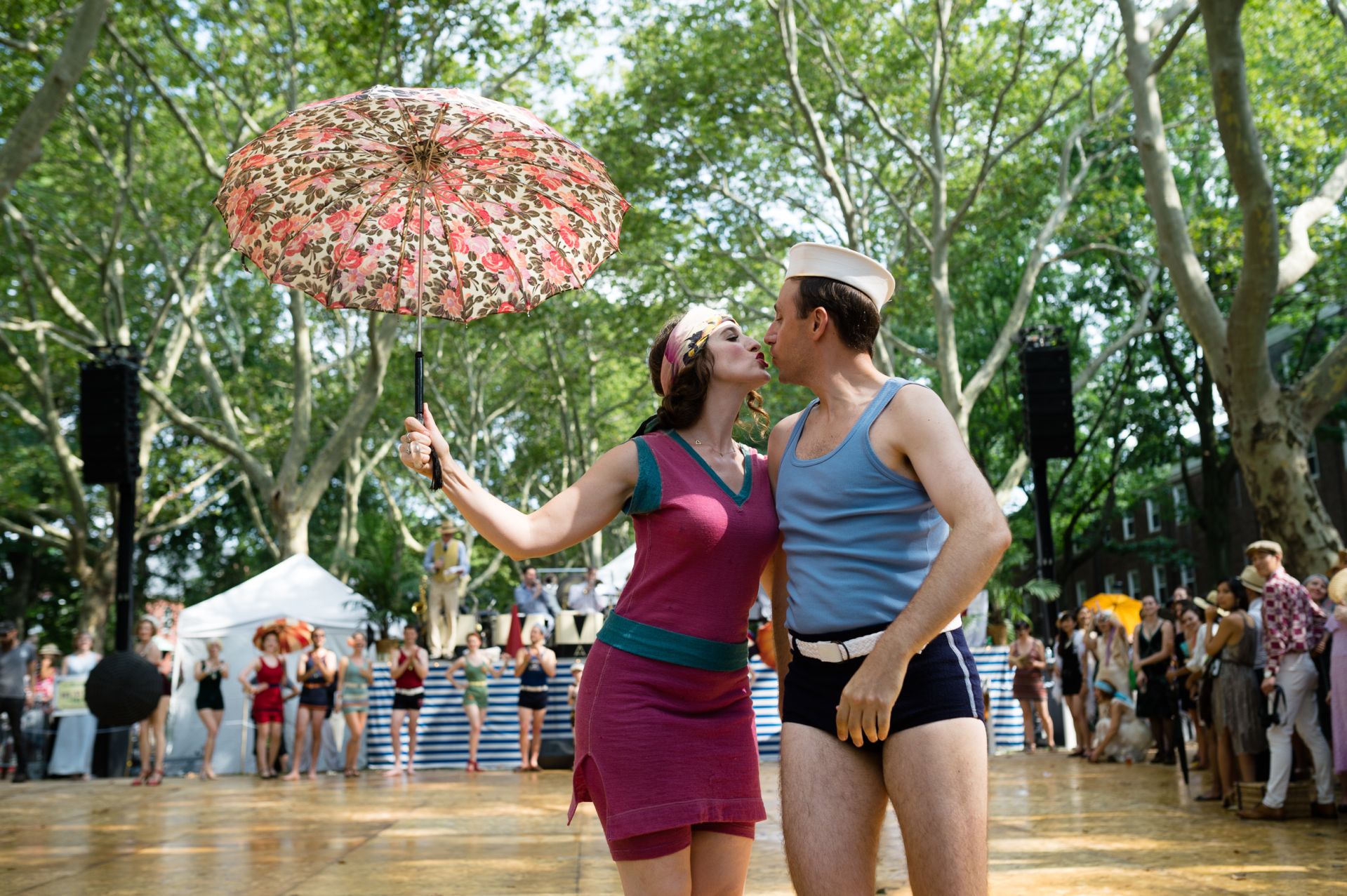 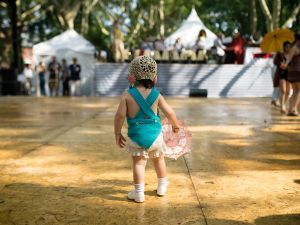 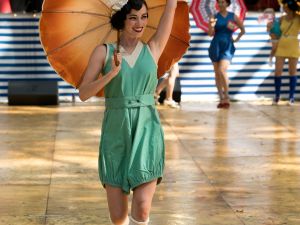 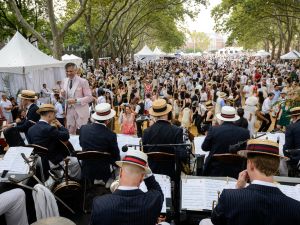 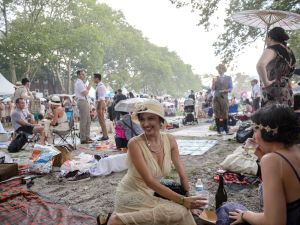 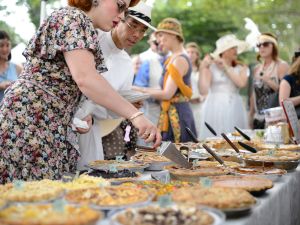 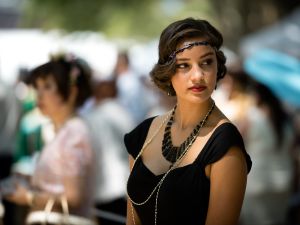 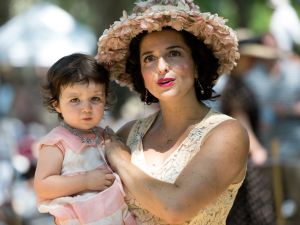 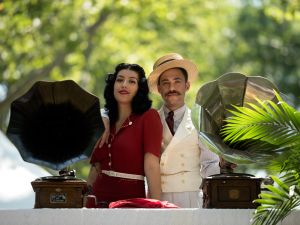 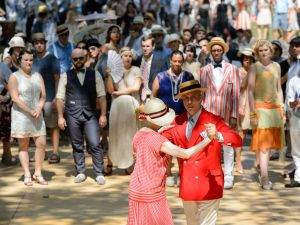 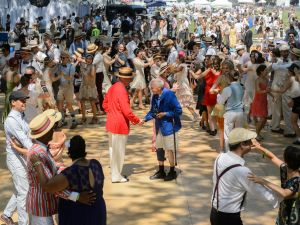 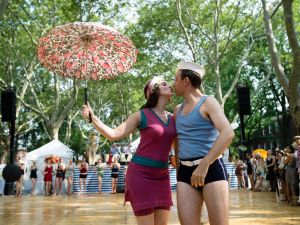 When you spot Bill Cunningham, you know one thing for sure—fashion is amongst us. It’s like following a butterfly to fresh air. At The Jazz Age Lawn Party  we took a deep breath in, and filled our lungs with ‘20s style.

What started 10 years ago as a small gathering of 50 people is now a two-weekends-a-year event of thousands with catering partners including St. Germain. Created and hosted by Michael Arenella, the summertime gathering pays homage to an era of elegance.

“It’s cliché” Said guest Amanda Messenger, “But I think I should have been born in this era.”  Ms. Messenger wore a show-stopping, black beaded dress. But, the first-time Jazz Age Lawn Party-goer almost didn’t come. “I didn’t have anything to wear. I told my roommate, and she said, ‘Hang on! I’ve got this dress!’” Ms. Messenger’s number was from the people in Los Angeles who do the costuming for Boardwalk Empire.

Michelle Coursey who began attending the event in its second year, said “I love getting to see the joy that it brings people. It’s a gateway towards having them appreciate vintage things, and a lifestyle that we enjoy so much.” Ms. Coursey, who loves to dress up, met her fiancé at the Jazz Age Lawn Party five years ago. She and Matthew Karl Gale were participating in the Bathing Beauties and Beaus Promenade when they met. “We were together soon thereafter and have been together ever since,” added Mr. Gale.

According to Ms. Coursey what has changed is the amount of people, and scope of the party. “It used to be, ‘Hey guys lets throw a picnic, and Michael is going to play, we’ll just hang out together.’ And now it’s just grown and grown and grown.”

Heidi Rosenau, Associate Director of Media Relations and Marketing at The Frick Collection, explained that the intricacy of the costumes has evolved over the years. Ms. Rosenau has been attending for 10 years. She said, “We used to see more failed attempts through that Halloween, cliché look of polyester fringe and boas… to what in recent years feels right in a light, “Gatsby-inspired” daytime way. It’s the notion of wearing a dress versus a dress wearing you.” http://www.jazzagelawnparty.com/