A dating site for the Jewish community posted a public broadside against the incumbent venture serving that group on Tu B’Av, the traditional day of romance in Israel. The open letter to its community serves as a way to raise money from site’s supporters and users for a legal defense of the startup.

“We need the support of the community in order to help love win,” David Yarus, the author of the letter, told the Observer in a phone call. He wrote the letter on behalf of his startup, JSwipe. His company has been sued by JDate, which believes JSwipe’s ‘J’ violates JDate’s trademark, as well as one of its patents.

JSwipe’s Indiegogo campaign to fund its legal defense against JDate is another wrinkle in the evolving role of crowdfunding in tech entrepreneurship. While the practice has largely been touted as a way to finance making good stuff, in this instance the company wants to raise funds to quash a lawsuit that’s keeping it from making more cool stuff.

JDate doesn’t see it that way, however. “JSwipe’s recent attempts to disparage us and paint our legal case as simply a fight over a letter of the alphabet is a clear misrepresentation of the facts,” Michael Egan, CEO of the parent company of JDate, wrote the Observer in an email. “They had multiple chances to forgo any litigation with us and repeatedly ignored our attempts to resolve this amicably.”

Mr. Yarus launched the effort for funding on Indiegogo, aiming to raise $180,000 to protect itself against a suit by the parent company of JDate—supporters have committed $12,000 so far. JDate claims that JSwipe has violated its trademark, in its use of the letter J, according to Forbes. It also claims that JSwipe has violated its patent on an “apparatus for detection of reciprocal interests or feelings and subsequent notification.” Mr. Yarus launched the campaign this past Friday, with an open letter to the app’s users, in which he writes:

Consultants tell us it could be another $300,000 to $500,000 in legal fees to see the case through, ON TOP of the hundreds of thousands already been billed.

Every dollar that could be going towards building a faster, stronger, better app with exciting new features and loads more users is instead going to fight the legal battle to KEEP LOVE FREE.

JSwipe is a ten month-old, Brooklyn-made startup based on a mobile app with mechanics like Tinder, for Jewish singles, according to the New York Times. JSwipe is pre-revenue and free to use for now, with 375,000 users, according to its founder. The letter promises that all the features that are free now will remain free, while JDate is a subscription-based matchmaking service.

JDate is a sort of Match.com for Jewish singles, owned by Los Angeles’s Spark Networks, a publicly traded company, listed on the New York Stock Exchange. It owns other identity-based dating sites, including ChristianSingles, BlackSingles and SilverSingles. Its stock has been on a general downward trajectory since a high in June 2013.

“This is not about us discouraging market competition.  Our case against JSwipe is about their theft of our technology and their brazen attempt to build a business on the back of JDate,” Mr. Egan wrote.

Of the various crowdfunding platforms he had to choose from, we asked Mr. Yarus why he chose Indiegogo. He said, “I wanted the exposure and the visibility that Indiegogo has. We also needed the credibility of the Indiegogo brand.”

Mr. Yarus had met the Slava Rubin, the CEO of Indiegogo, earlier in 2015, during a group trip to Israel. The two had discussed using the platform to help advance JSwipe’s desire to develop new features. Instead, Mr. Yarus turned to the site when his team decided to go public with the legal dispute and to launch the crowdfunding campaign. The wording of the letter has been carefully worded in collaboration with his legal team, Mr. Yarus explained, in order not to deepen the legal dispute.

JSwipe has gotten creative with its perks. At its highest level of reward level, $1800, “Chai Roller,” a supporter can get a badge on their profile showing that they have backed the site. Six users have supported the site, as of this writing.

A spokesperson for Indiegogo pointed us to one other case of crowdfunding for a legal campaign, the case against the Cooper Union trustees, brought by the Committee to Save Cooper Union.

JPost has pointed out ten other entities that lead with a “J” that Spark Networks might consider suing, should the effort against JSwipe prove successful, including J. Crew, JSTOR and J-Lo.

Mr. Egan argues that the question of the letter “J” misses the point of its use within the specific context of Jewish dating and marriage. “Our case is not about the letter J,” Mr. Egan wrote.

UPDATED August 7, 2015 at 3:57 PM: A previous version of this story incorrectly said that the JDate mobile app launched one month after JSwipe’s. 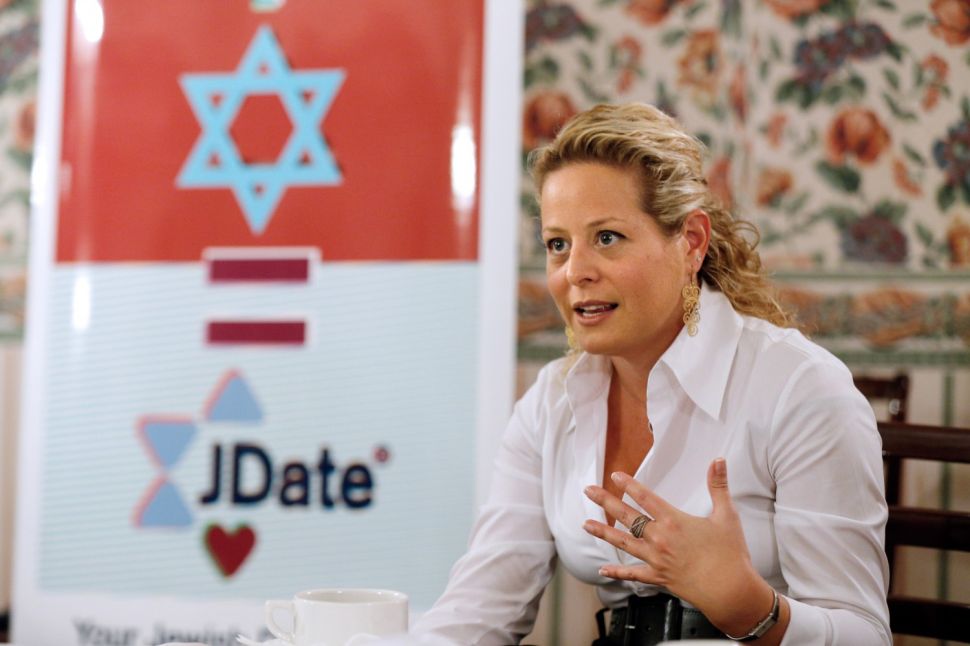