The cover of today’s New York Post, which features a picture of former Subway pitchman and convicted child pornographer Jared Fogle along with the headline “Enjoy A Foot Long In Jail” is raising a lot of eyebrows on social media. The phrase “NY Post” was among the top five trending topics on Twitter this morning.

Some thought the double entendre was just hilarious:

NY Post firing on all cylinders this morning pic.twitter.com/8tW9mhnepA

Most, however, were offended by the strong suggestion of prison rape:

A gossip magazine would've worded it better than the NY Post. It's sickening to read that headline.#SMH

It's 930 am, what are we going to be outraged about today? pic.twitter.com/fRjSH6AmbR

It's no surprise the NY Post ran that cover. It's essentially NY's Enquirer. Sad thing is, they probably take that as a compliment.

The NY Post front page and its "joke" about prison rape is shameful.

SEE ALSO: The Daily News Sale Has Been Called Off

It’s been a while since there was this much passion about the wood of a New York City tabloid. Who says print is dead? 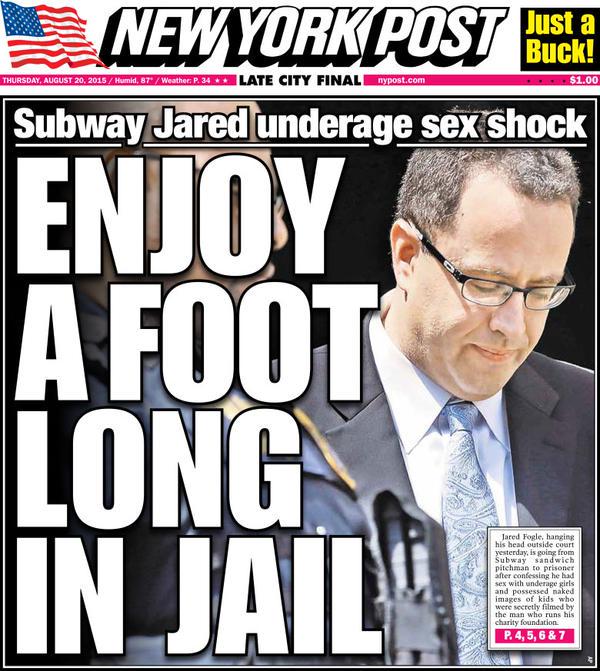