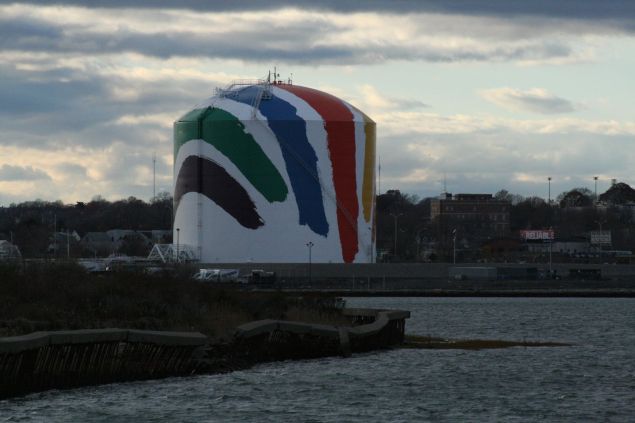 Mary Corita Kent was a Catholic nun, an activist in 1960s, and prolific pop artist who is only now beginning to be recognized for her influential artistic output. Her name may not be as familiar as some of her peers, iconic figures like Andy Warhol, Roy Lichtenstein, and Ed Ruscha, but a large-scale exhibition of Kent’s work opening at the Harvard Art Museums on September 3 seeks to change that.

Kent, who ran the art department at the Immaculate Heart College in Los Angeles from 1964 to 1968, created brightly colored, text-based works around themes of social justice, peace, and the modernization of the Catholic Church. She was strongly opposed to the Vietnam War, and her work made during the era carried strong political messages. 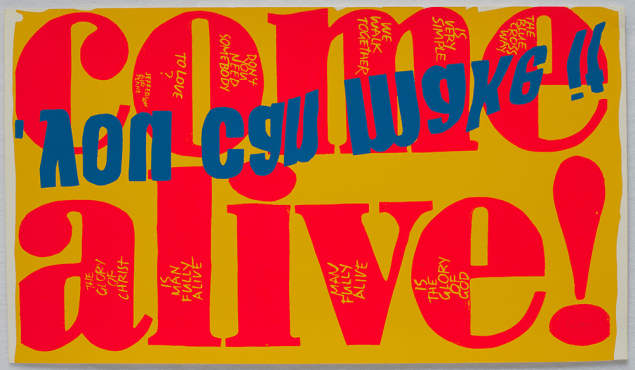 “Corita Kent and the Language of Pop” will include over 120 artworks, and juxtapose 60 of Kent’s screen prints with pieces by Robert Indiana, Jim Dine, and Jasper Johns, among others, who worked in during the same years.

Many of Kent’s silkscreens borrowed imagery and text from popular commercial brands, which she weaved together with Christian iconography and, notably, references to the Virgin Mary. Her 1964 screen print, the juiciest tomato of all, plays on the Del Monte tomatoes tagline while simultaneously arguing for the church to modernize its view on the Virgin Mother.

Exhibition organizer Susan Dackerman told the Boston Globe, “She sees Warhol transgress the copyright of Campbell’s, and she transgresses the copyright the church has on depictions of the Virgin.” 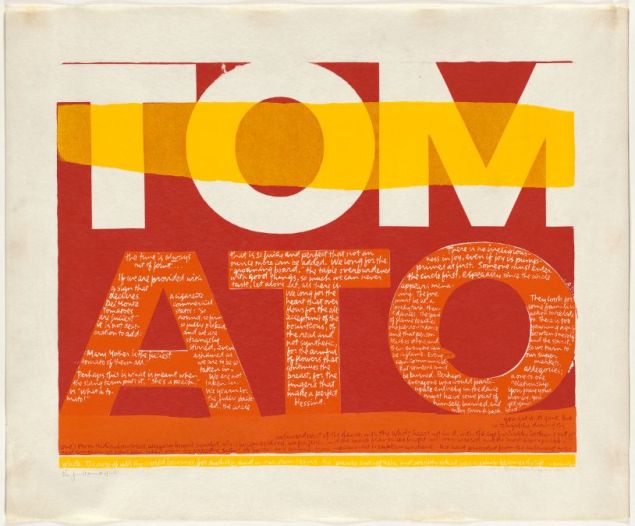 In addition to her personal artwork, Kent also produced many commercial commissions, including posters and billboard campaigns for Share, the International Walk for Hunger, and Amnesty International. The show will prominently feature Kent’s large-scale public artwork Rainbow Swash, a mural painted on a National Grid gas tank on I-93 outside of Boston in 1971 which remains on view today. 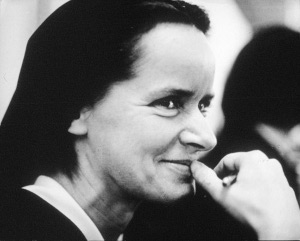 A spokesperson for the museum told the Observer the exhibition was done in close consultation with the Corita Art Center, an organization within Immaculate Heart College that maintains the largest collection of Kent’s artwork, and its director Rachel (Ray) Smith. (Kent’s personal collection of prints now belongs to the Grunwald Center for Graphic Arts at the UCLA Hammer Museum.)

On November 20, 2014, Google honored Kent with a Google Doodle on what would have been her 96th birthday. “Corita Kent and the Language of Pop” will travel to the San Antonio Museum of Art in February 2016. 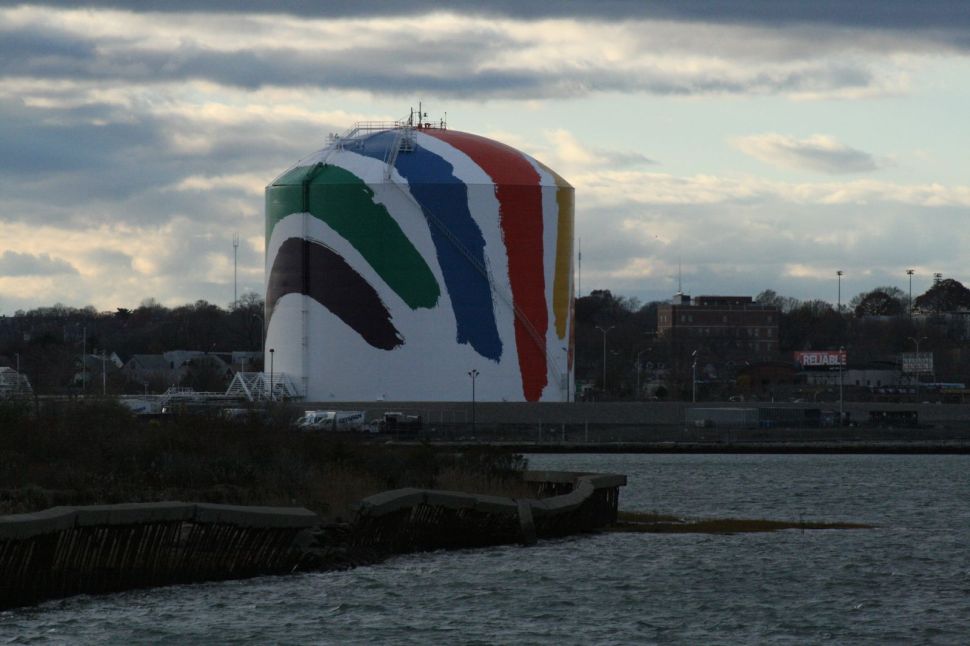