Armed with 30 million dollars and a mandate from the White House, a team of NASA scientists and engineers have met in Pasadena, Calif., to begin planning what’s being called the Europa Multi Flyby Mission.

There is a growing consensus among prominent members of the scientific community that below Europa’s unique and remarkably smooth surface is a vast liquid- ocean that may harbor alien life. The theory arose 400 years after Galileo first spotted the icy world through his spyglass when NASA sent a spacecraft named in his honor to collect data and photographs from Jupiter’s orbit.

Early speculation began in the 1970s with images received from NASA’s Pioneer 10 and 11 probes followed by more data from the Voyager missions of the 1980s. Since these encounters, scientists have found that planets similar to Jupiter are common throughout the galaxy and that many could have moons like Europa. That discovery means studying this particular moon will help them understand the habitability of icy worlds beyond our solar system. In 2013, The Hubble Space Telescope saw evidence of vapor venting off the Europa’s surface causing scientists and the public to further back the theory of liquid beneath the moon’s icy shell.

What makes Europa so special is the tidal forces it experiences while in orbit—a similar phenomenon to our Moon’s effect on Earth’s ocean tides. These tidal forces increase dramatically when Europa & Jupiter are in closer proximity and coupled with their elliptical-shaped orbit, can cause the icy moon to stretch and flex as the distance varies between them.

The constant friction from this tug-of-war creates heat which makes Europa’s interior warmer than similar celestial bodies that rely on energy solely from the Sun. That same heat could prevent any liquid close to Europa’s core from freezing. This is the basis for why scientists believe there is a hidden ocean beneath the surface. The cracks on the moon’s icy shell also indicate some kind of geological activity beneath it – most likely caused by the movement of a large body of .

Scientists also theorize that an ocean beneath Europa’s thin and geologically active shell could be of the saltwater variety because If this ocean does in fact exists, it is in direct contact with the moon’s rocky interior—a condition that may show some similarities to Earth’s biologically rich ocean floor. On our planet, and rock interact at high temperatures in hydrothermal zones or vents along the seafloor where geological activity exists. These zones are rich with life, fueled by heat and activity that spawns from reactions between seawater and the rocky ocean floor. 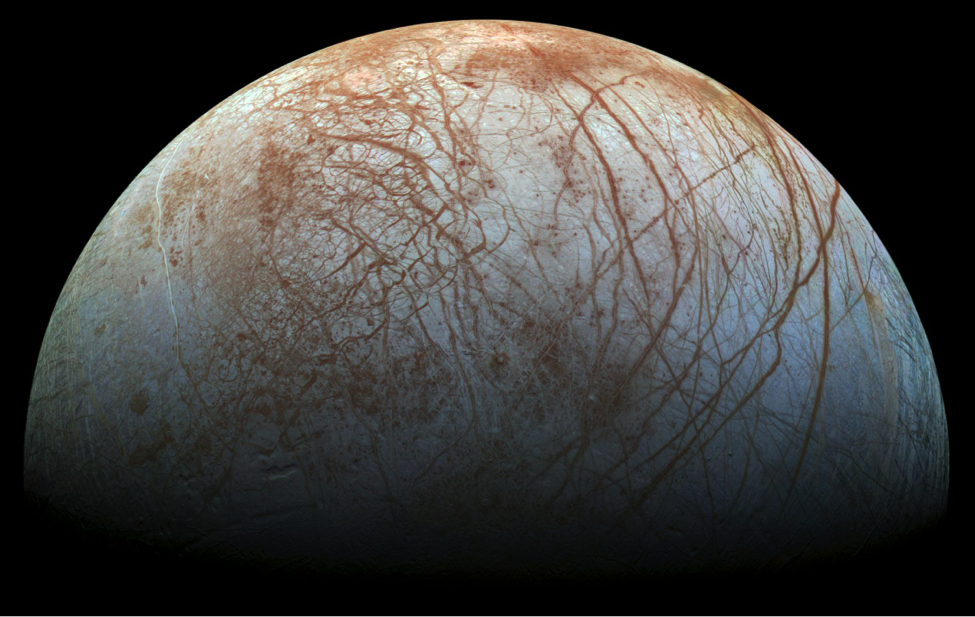 Composite photograph of Europa taken by the Galileo Spacecraft via NASA.

“We have a rare and wonderful opportunity with this mission to investigate whether Europa could be an abode for life,” said Europa mission program scientist Curt Niebur. “We’re in the service of our colleagues, our scientific community, our country and our fellow human beings. It’s a responsibility we take very seriously.”

NASA has selected nine scientific instruments for the mission after a global search in 2014 that allowed researchers to submit their payload proposals. The instruments include cameras to produce high-resolution images of Europa’s surface and to help determine its composition while an ice penetrating radar will determine the thickness of the moon’s shell. Upon arrival with the instrument payload, the Europa mission spacecraft will orbit Jupiter every two weeks and perform 45 flybys at altitudes of 1700 miles to 16 miles above the moon’s surface.

NASA claims they can launch this mission in 10 to 15 years followed by a long journey to Jupiter. If the spacecraft does discover an ocean beneath Europa’s surface, that amount of liquid has the potential to be more than twice the size of Earth’s oceans combined. 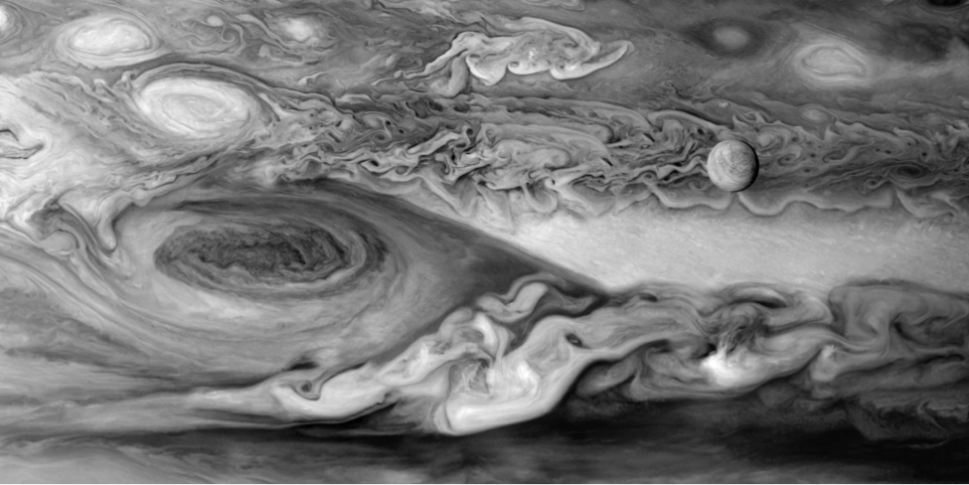