The two main sects within Islam are not at all like the various sects within Christianity, or for that matter, within Judaism. Sunnis hate Shiites and Shiites hate Sunnis!

Many Sunni Muslims deem Shiite Muslims as heretics, as people who deny fundamental principles of Islam. Shiites see Sunnis the exact same way. And ever since the middle 7th century, each side has taught and preached that the other side is wrong and that they are practicing a corrupt form of Islam. It is because the other side is practicing corrupted Islam that the true followers (whichever side that is) believe it is their obligation to teach about the denial and the destruction of the other.

It all began with the death of Mohammed in 632.

Mohammed failed to declare a successor. That decision caused a divide among his followers. Sunnis believed that the best successor should emerge from among the students of Mohammed. Shiites believed that Mohammed’s mantle of leadership should be passed down through the family.

In numbers, Sunni is the larger sect composing about 85 percent of Muslims. Shiites compose the remaining 15 percent. (There are other, smaller, sects but their numbers worldwide are dwarfed by these two groups.)

And then, every once in a while, Sunni or Shiite leaders pop up and announce their intention to unite the factions in order to confront a common enemy. The pitch always sounds good—but almost always falls flat. The common enemy they most often speak of is the West—specifically Israel and the United States.

And yet, despite the conflict, every Friday over the past few weeks Shiites and Sunnis in Iraqi cities have come together in major squares throughout the country. By the tens of thousands, sometimes even by the hundreds of thousands, they have gathered united, as one voice, in protest over the current divisive situation. The slogans they are shouting and the placards they are raising call out “Sectarianism is Dead” and “Stop Stealing from Us in the Name of Religion”

Iraqis are coming together in droves, in main squares in Baghdad and Basra, to call upon their politicians to stop quarreling and quibbling. The protesters want services—they want education, and electricity. For years their politicians have told the citizens of Iraq that the problem in government is religious sectarianism, that it is Shiites versus Sunnis, and now the young people of Iraq are saying that they aren’t buying it any more.

Young Sunnis side-by-side with young Shiites are coming out to publicly say “enough.” They want accountability. More crucially, they want to know why ISIS has succeeded in taking over huge swathes of Iraq.  In today’s world, if anything is to unite Sunnis and Shiites—it will be ISIS.

The movement has begun in Iraq where the people want unity among “conventional” Muslims to fight and rid Iraq of “extremist” ISIS. Shiite militias are operating under an umbrella called Popular Mobilization Units (PMUs) while Sunni tribes are much more loosely aligned in their fight and are against ISIS more independently and tribe by tribe. In the end, through unity of forces, they might just be successful and turn their country around.

But it is a long shot. ISIS successfully sends chills and fear into the hearts of Iraqis. The fear of ISIS brutality is everywhere.  While gathering in town squares as a way of protest is empowering, the fear of beheading at the hands of ISIS is still, understandably, a major disincentive to organizing, fighting and resisting.  When 800 ISIS members marched into Mosul in June of last year 55,000 Iraqi police and soldiers ran away.  A city of two million people collapsed into the hands of 800 ISIS members.

So, while Shiite-Sunni unity is the only real chance for success in fighting ISIS, given their ancient hatred for each other, coupled with ISIS intimidation, I don’t see Muslim unity in our immediate future. I don’t think that Muslims in the region have the gumption to do what it takes. 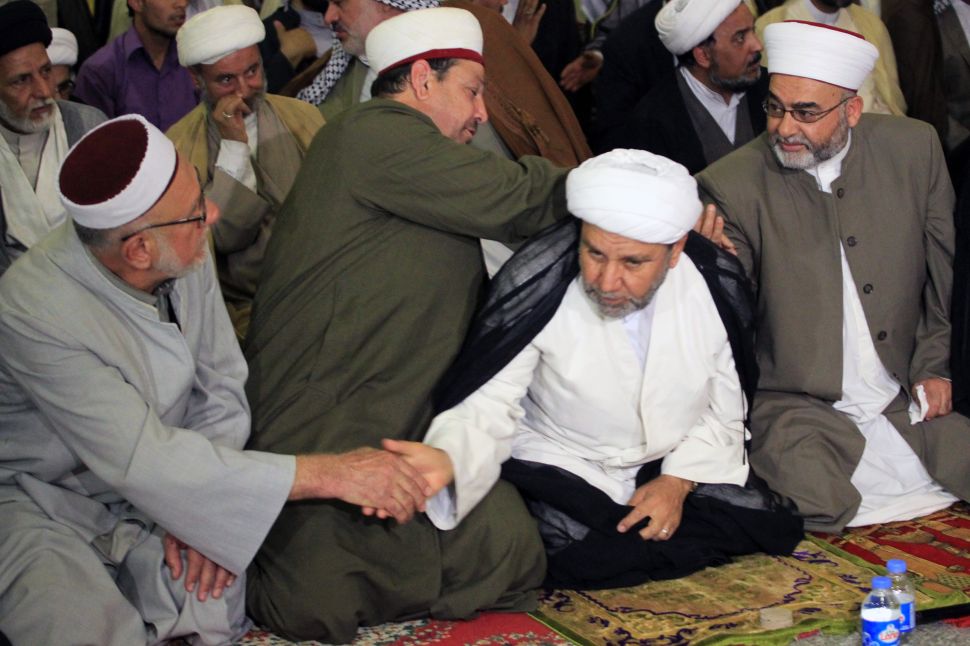