Since at least the landmark Supreme Court decision that legalized same-sex marriage across the United States, it’s been trendy to say that the culture war is over. With acceptance of gay love now ubiquitous, with trans rights taking center stage, with even traditionally conservative culture like sports increasingly accepting of gender and sexual differences, many now presume that social conservatism, as a mass political phenomenon, is in permanent retreat. Indeed, some prominent social conservatives have been debating the “Benedict option,” which entails a retreat from public life by social traditionalists. Left and right both seem to agree that the battle is over.

With the recent leak of massive amounts of data from infidelity-enabling AshleyMadison.com, though, and Gawker’s notorious naming and shaming of an obscure, married publishing executive who attempted to hire the services of an escort, we might well ask: if the culture war is over, who really won?

That social conservatism lost seems inarguable. Gay marriage was the hill that the forces of social conservatism were willing to die on, and die they did. The speed with which marriage equality movement moved from a fringe concern to an assumed value of most free-thinking people is extraordinary. In 2004, Karl Rove expertly used the threat of gay marriage to drive conservative voter turnout and secure George W. Bush’s second term. But by the 2010 midterms, in many states and districts opposition to gay marriage was seen as a liability. Today, even a majority of young conservatives, in some polls, say they support marriage equality. The chance of a constitutional amendment being passed to override the Supreme Court’s recent decision is nil. Broadening outward, the notion that gender is a fluid social construct, rather than a rigid binary determined by biology, has spread from fringe academic cultures to mainstream conversation. Meanwhile, all manner of sexual practices that were once considered deviant or perverted are now discussed openly, even celebrated, in pop culture and casual conversation.

There are of course aspects of social liberalism that aren’t nearly as assured. On abortion rights, one of the most essential elements of a free society, we’ve been fighting a rearguard action for years. But few would deny the ascendance of the sexual freedom, and freedom to self-define, that are central to social liberalism.

And yet I can’t help but feel that social liberalism hasn’t exactly won, either. Once, a central pillar of progressive attitudes towards love and sex was the right to be left alone, the right to have privacy, the right to undertake adult behaviors that others might not agree with but which nevertheless must remain permissible. That version of social liberalism—the one associated with tolerance and personal freedom—seems almost as dead as the religious traditionalism that we’re so eager to discard.

Just look at the reaction to the Ashley Madison leak. On Twitter, on Facebook, in the comments of blog posts and articles, the justifications for the illegal actions of these hackers are rampant: these people are stepping out of their commitments! They’re violating their relationship contracts! They’re breaking their marriage vows! They can’t complain when they’re caught. Or take the justification proffered by Max Read, then editor in chief of Gawker, for the site’s decision to run with their story about a married Condé Nast executive attempting to hire a male escort. In a since-deleted tweet, criticized by Glenn Greenwald here, Mr. Read stated that Gawker would happily “report on married executives of major media companies fucking around on their wives.” Perhaps a self-interested justification, sure, but hardly an unusual attitude. Many people I know personally justified the story in those same terms.

Set aside the fact that not all relationships are physically monogamous by design, and that surely some non-trivial percentage of AshleyMadison’s users used the service without violating any relationship compacts. Set aside that we don’t know, actually, if that Condé Nast executive was up to no good. As Greenwald said at the time, neither Gawker nor the rest of us knew if that executive’s marriage prohibited his having sex with other men. Suppose he, and all of the exposed Ashley Madison users, were just cheating. So what? Why should that be the concern of progressive people? Why does contemporary culture so often seem indistinguishable from a Puritan society where everyone is constantly sticking their noses in everyone else’s business?

Today’s younger adults might not even remember a time when privacy and tolerance for “bad behavior” were an assumed part of left-wing sympathies. I came into the world in 1981, past the prime of 1960s do-anything culture but still in a period of cultural tolerance towards sexual freedom. My father taught at Wesleyan University, a school famous for its radicalism and proudly weird students. He also worked for years in the black box theater scene in New York. These were the good old–bad old days of the city, an era of ubiquitous crime, cheap rent, and flowering artistic culture. His friends reflected that culture. 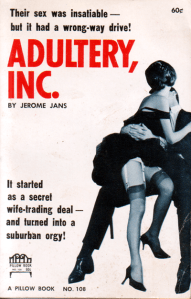 I grew up around dancers and anarchists and drag queens, artists and activists, reformed criminals, yogis and musicians, actors and ex-junkies and current junkies. Now, many of them are gone, having paid a high price for their wildness–many of them lost to drugs or alcohol or AIDS or cancer. In many ways, they were the early vanguard of social changes that we now take for granted: proudly queer before the average American could even conceive of gay marriage, gender-bending at a time when trans people were considered a curio, if not offensive. True, they had little time for marriage at all, seeing it as an inherently bourgie, conservative institution. And they could hardly be more different from the staid, corporate, Democrat-loving institutions of today’s gay rights movement. But they were, in a real sense, part of a vanguard, the radical fringe who through their very lifestyle made an argument for a society based on freedom and respect across difference.

Yet I can’t help but think that they would be horrified by today’s culture. The Ashley Madison leak demonstrates that our culture is simultaneously radical and profoundly conservative. When discussing this kind of story, your average liberal sounds like the town elders from Footloose. Anilingus is a regular topic on Top 40 radio (and thank god for that), but people are shocked, shocked that adults sometimes cheat on their partners. If you tell people you’re polyamorous, or that your relationship is open, nobody bats an eye. But the idea that people might step out of their relationships secretly–a behavior, I’ll remind you, as old as the idea of monogamy—turns everyday people into a combination of Jesus and Batman. In that, they are in keeping with a call-out culture that turns all of us into moral sages, judging other people for their ethical and political failings at all times, casting judgment as constantly as a preacher’s wife. I find the notion that a major media company like Gawker should be in the business of regulating infidelity ridiculous and offensive, but then, they were only in keeping with a cultural moment in which we’ve all elected ourselves moral arbiters of everyone else. This is precisely what the radicals I grew up around wanted to get past: the constant nagging judgments of others. Instead, we’ve gotten a social culture that resembles a lifetime in high school, with the internet functioning as the cafeteria where everyone’s every private act is discussed and judged.

Set aside the hypocrisy inherent to the fact that so many doing the judging are no doubt cheaters themselves, or will become so in a few years when monogamy has gone stale. Set aside that we’ve collapsed the distinction between behaviors that are truly destructive and must be illegal, like sexual assault or sexual coercion, and those that we merely find untoward, like cheating. I contend that the collapse of the idea of genuine privacy—the idea that adult freedom must entail the right to do things that we don’t want others to know about—will be, in the long run, as contrary to freedom and progressivism as past bans on gay marriage. I quote the great shock rap group and free speech advocates 2 Live Crew from their song “Banned in the USA”: what I do in my house, you might not do in your house, so what I do in my house is my business. That’s one definition of real liberty, after all. And I call on other thinking people, liberal and conservative alike, to rediscover a virtue that’s both liberal and conservative at once: the virtue of minding your own business. Remember that? Minding your own business? We can live that way again. Let’s leave the endless moralizing behind. Mind your own business. And grow up. 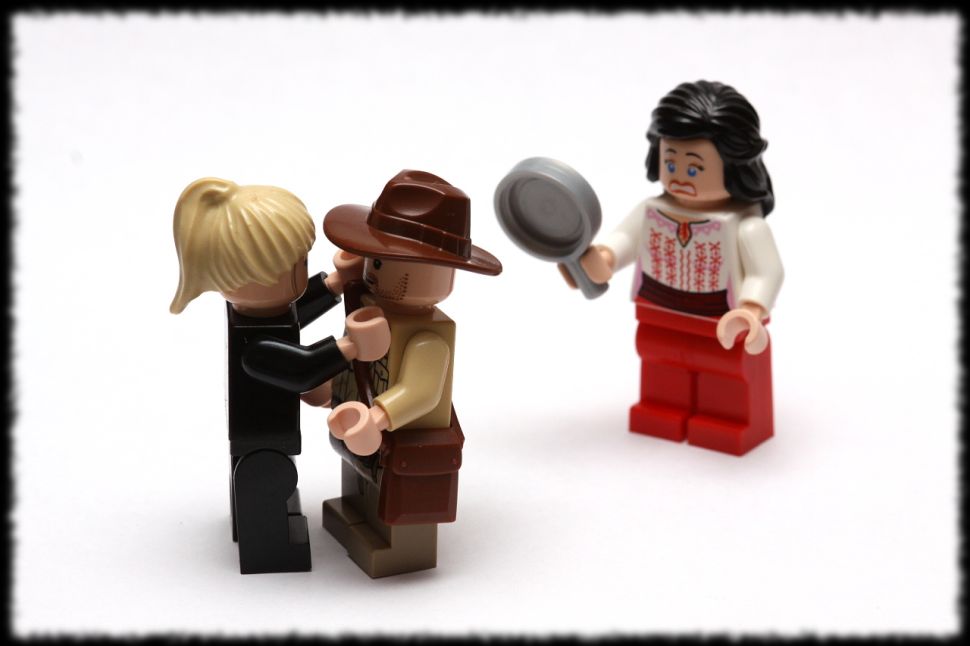