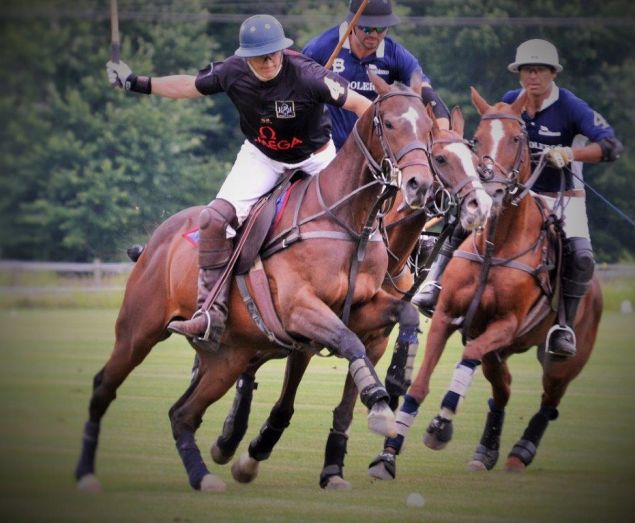 Fuelled by Figueras, harried by Harry or rocked by Roldan, business types seeking an adventurous edge have turned their attention to polo this summer. More local than surfing, faster-paced than golf and posher than CrossFit, polo ticks the debonair box on a business man’s list of interests for summer. Addicted to the sport’s unbeatable adrenaline rush—not to mention the chance to look like Prince Harry—this crop of polo devotees is finding ways to have their hedge funds, and their ponies, too.

Mariana Castro, Greenwich Polo Club’s marketing director, has seen everyone from finance moguls to fashion folk nipping up from the city two to three times a week to have a go on their polo pitch. They all have something in common: high-intensity jobs that produce high levels of stress. That, she told the Observer, is a reason why polo is the fast-paced New Yorker’s perfect hobby.

“You’re focusing your mind on your relationship with the horse, on your hand-eye coordination, and then you add in the other horses around you,” she said. “You can’t think about anything else.” 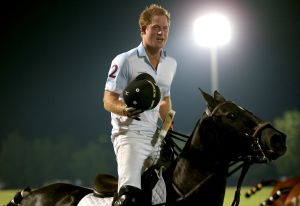 Just ask Sam Ramirez, Jr., the investment banker who, when not in his FiDi office or Upper East Side townhouse, is likely at Haviland Hollow Farm, the polo club he founded an hour north of Manhattan in Patterson, N.Y.

Mr. Ramirez needed a way to stay in shape, but he was repelled by the monotony of plodding away endlessly on a gym treadmill. He also tried the golf club route, but soon concluded, “I was ready to kill myself.” He needed “a sport that you’re excited to do, and it doesn’t feel like you’re working out.”

Enter the polo ponies. Mr. Ramirez, then 30, had never ridden a horse before, but at a friend’s encouragement, he saddled up. After one lesson, he had fallen in love.

“It was the most exhilarating thing I had ever done,” he said.

Besides being guaranteed a peak physique, Mr. Ramirez, now 46, finds a certain stress relief in navigating himself and his horses through a series of chukkers—polo-speak for the seven-minute periods into which matches are divided. Even if he has had “the worst possible day,” he gets to a polo match and is “forced to relax and enjoy it.”

“For me, running a big company and being pretty busy,” he said, “it’s a nice thing to have in my life.”

It is so nice, in fact, that Mr. Ramirez started a polo club of his own seven years ago. Haviland Hollow hosts matches, as well as offers lessons that are popular amongst elite types who drive up after work and on weekends—“hedge fund guys, entertainment people,” Mr. Ramirez said, “all A-type personalities who are successful, who want to excel at a sport like this.” 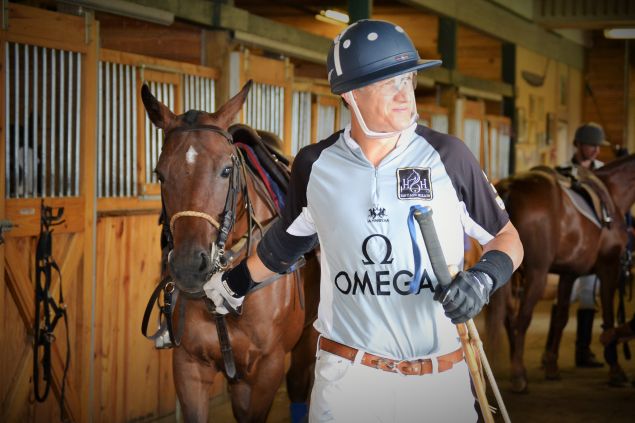 One such type-A gent is Agapito “Aga” Morgan, an investment banker who started polo about a year and a half ago. A former college ice hockey player, the 40-year-old had been seeking a sport he could play for years to come.

“I fell in love with it right out of the gate,” he recalled of his first time playing polo.

Mr. Morgan now partakes in polo three to four times per week, year-round—outdoors in the summers, and indoors in Haviland Hollow’s arena in the winter. Often, he will cut the workday short at 4 p.m. to make it to up to the farm for an after-work lesson. And he is reaping the rewards of his hard work; when Mr. Morgan spoke to me, he was a week away from competing in his first polo tournament. Next year, he is even thinking about buying his own horses. 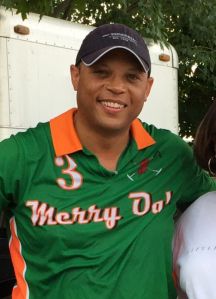 The up-and-comer shared an extra benefit of taking up the sport: Polo has changed Mr. Morgan’s body dramatically, in ways that years of “playing tennis like a madman” never could.

“It’s the best condition I’ve been in,” he said, “since I was playing college ice hockey.”

Mr. Morgan might eventually become a seasoned pro like Luis Rinaldini, managing director at Groton Merchant Bankers, who started taking polo lessons approximately 20 years ago, when he was around 40. Today, the experienced sportsman owns around 20 horses, and tries to play polo at least four times a week on Long Island.

Recently, Mr. Rinaldini hosted an information session for city dwellers looking, as he once was, to pick up the sport. As he sees it, there are generally two types of people who want to play polo: those who like horses and have always yearned to ride, and those who are straight-up “adrenaline junkies.”

“If you like skiing fast, or cars, or sailboat racing,” he said, “polo can certainly provide that kind of a rush for people.”

Financially, polo is certainly no game of pick-up basketball: Players who own horses might pay over $35,000 for a single horse, plus the thousands in yearly fees for grooming, food, stabling and vet visits. But for beginners, getting started is not as financially burdensome as one might think. New players do not need to own their own horses to take lessons. Even once they start playing on the regular, they can lease, instead of purchase, the animals. The equipment is comparable in price to a set of golf clubs, according to Haviland Hollow’s Mr. Ramirez. 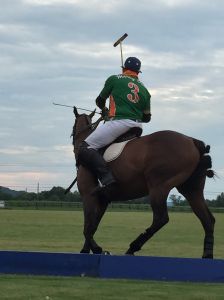 Eventually, however, many players want to own their own team—or two—of horses, which can cost anywhere from $5,000 apiece for an older horse, to $35,000 (or more) apiece for a younger, faster one.

“The reason you see a bunch of older people playing polo,” Mr. Rinaldini said, “is that all of those things get easier.”

Those looking to take up polo beware: This is not a sport for the half-committed, or for those only in it for the social scene or selfie opportunities.

“There are some tire kickers, so to speak, that are like, ‘Hey, it’s an elite thing, I want to try
it,’” Mr. Ramirez said. Those people do not tend to last.

As he puts it, “You can’t just dabble in polo.”

“If you want to actually compete,” said relative newcomer Mr. Morgan, “you’ve got to get yourself in the saddle as much as you possibly can.”

Polo is a major time commitment, especially when one includes travel time to and from Manhattan. But as Ms. Castro mused, does it really demand such a different lifestyle than that of New York’s boutique fitness addicts?

“In the city, you see people doing SoulCycle or yoga, right?” she asked. “To go to the best classes, they dedicate two hours of the day, three to five times a week.”

“In that sense,” Ms. Castro said, “you realize it is possible.” 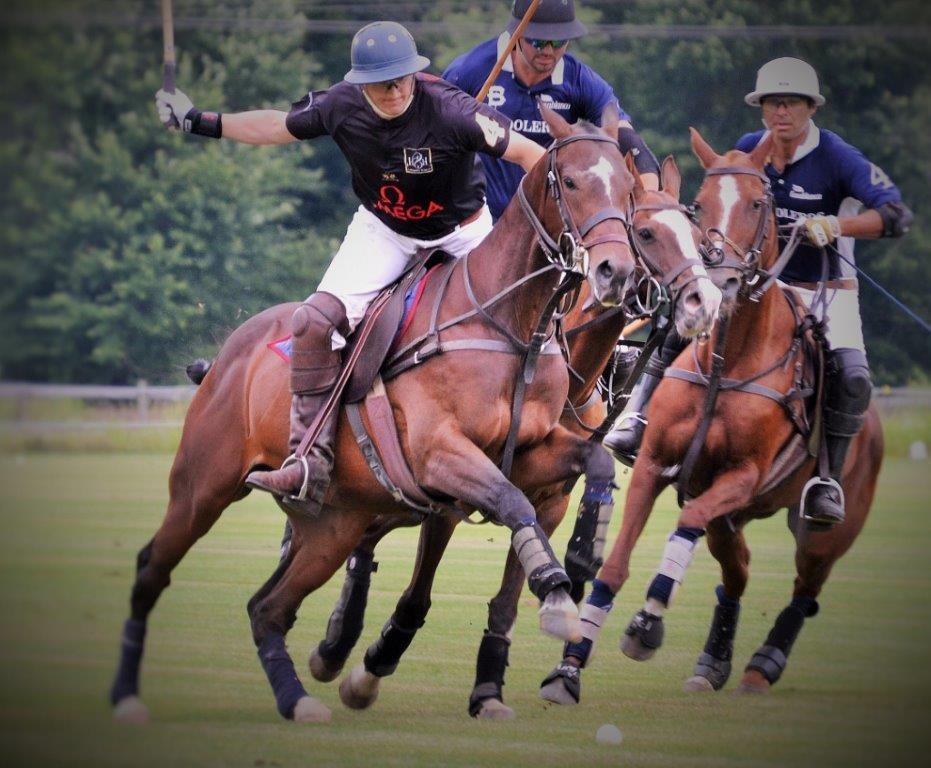