There are hundreds of nutrition-tracking apps that serve as the beloved tools of health-conscious eaters everywhere, but there are serious problems with their accuracy and overall usefulness. There is, however, a new gadget that could take their place and change the nutrition-tracking game forever.

AEGLE Palatte is the world’s first smart placemat. The digital dietician measures and monitors both macro nutrients (carbs, fats and protein) and micro nutrients (vitamins and minerals) along with calories and consumption. Harvard’s public health professors are voicing their support for the product, which will be premiere at TechCrunch Disrupt San Francisco on September 21 and officially launch on Indiegogo on September 28.

When preparing a meal, simply place your food on a plate resting on AEGLE Palatte ingredient by ingredient, and it will do the work for you using a 1g-precision scale.

“So, there is no guesswork involved as in a health app,” co-founder Yulin Li told the Observer.

A cloud based calculation engine that performs data storage, processing and analysis sends the information to the AEGLE smartphone app so users can monitor their intakes. After months of consistent use, the AEGLE Palette uses its intelligent self-learning process to start to identify users’ dietary behavior and eating habits in order to recommend foods just for them. The recommendation can come in different forms including catering services, recommended local restaurants and customized grocery lists.

Mr. Li has been developing the smart placemat along with co-founders Chieko Arai and Milton Li since December 2014. The idea actually came from Ms. Arai’s own struggle to find a dietary tool to control her hypertension during pregnancy.

Both AEGLE Palette and Palette Kitchen will be available while the team crowdfunds on Indiegogo. Starting on September 28, backers can claim them at $80 and $129 respectively. 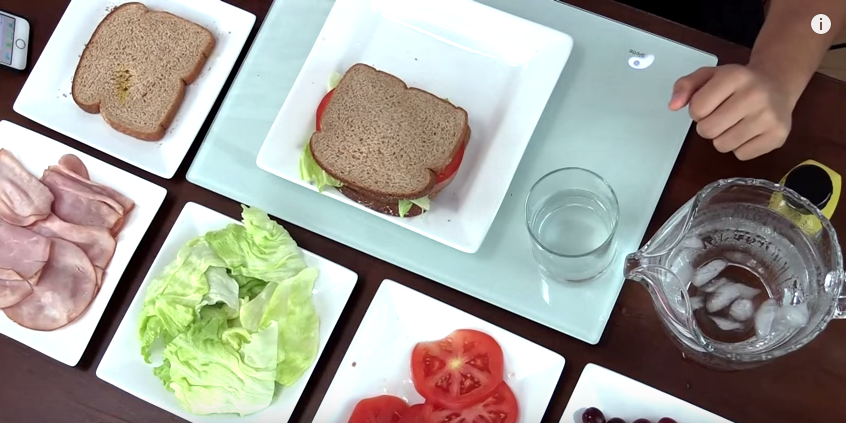