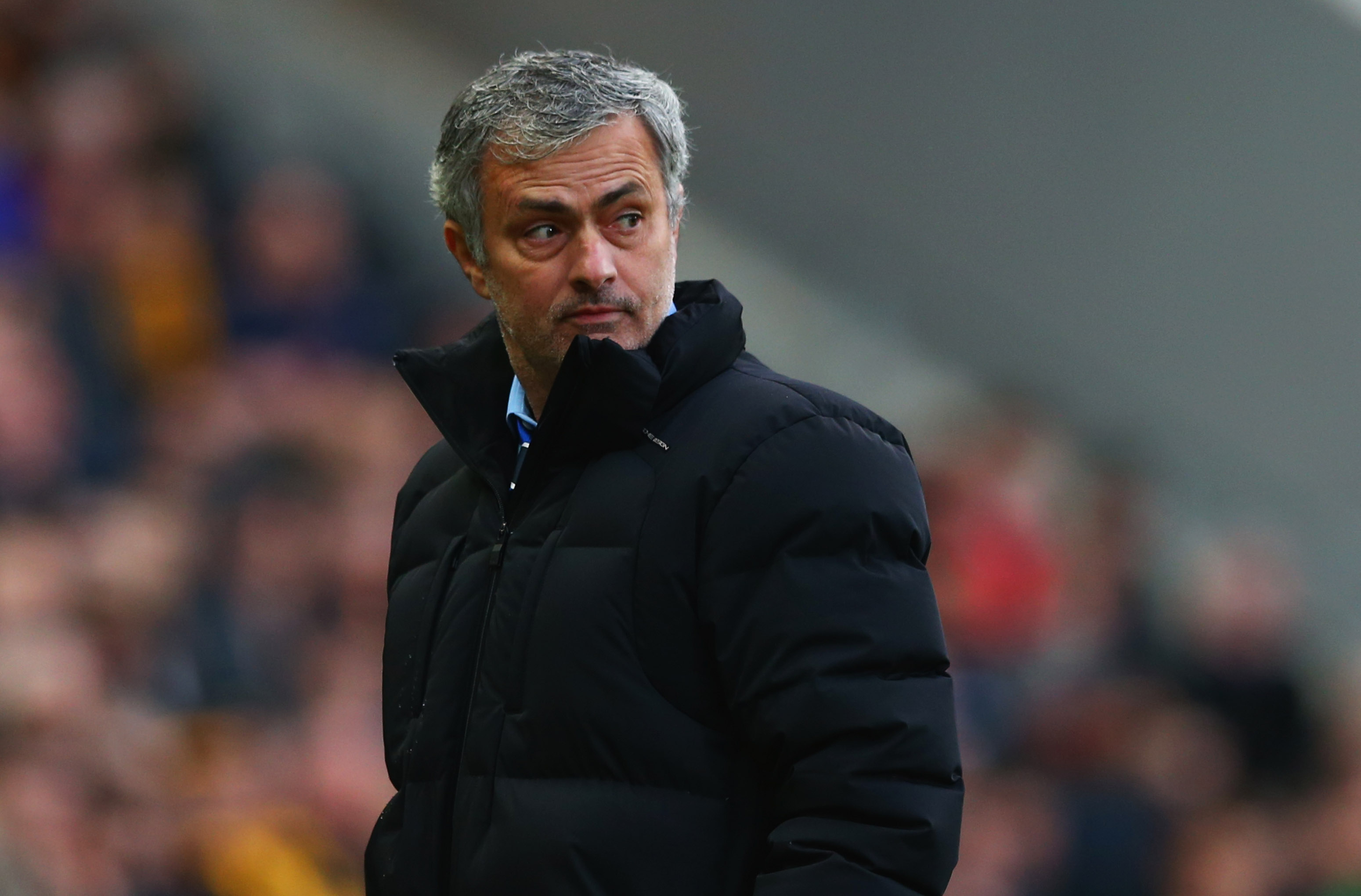 The English Premier League kicked off this past weekend. Chelsea FC, last year’s winners, are one of the early favorites to win the 2015/2016 campaign. I enjoy watching Chelsea. Not just because of their style of play, but because of their polarizing manager, Jose Mourinho.

“The Special One” (a nickname he gave himself) has won titles in England, Spain, Italy and Portugal. He’s known for his outspoken nature and has no qualms about criticizing opposing managers and players. A quick Google search and one will find countless pages filled with Mourinho quotables.

A few years ago, a journalist asked him if he was feeling the pressure, now that his club Chelsea, had become the league leader with only a few fixtures left on the calendar.

His reply was the most Mourinho thing Mourinho could say. He looked at the journalist with contempt and said:

“Pressure? What pressure? Pressure is poor people in the world trying to feed their families. There is no pressure in football.”

It was a very pragmatic and Stoic reply from the man known to play “mind games” before matches. It was also a reply that I feel could be applied to not just soccer, but other areas as well.

Jose understands that soccer is just a game. And so is what most of us do for a living.

For the past three and a half years I’ve been working in the tech world. I’m surrounded by incredibly intelligent people, looking to solve complex problems. But as the tech community grows, especially in San Francisco and the Bay Area, I fear that our sense of reality has become distorted and that we’re losing our perspective.

I’m the first to admit that I get caught up in the hype. Earlier this month I was stressing out about an upcoming trip to South America. Things were not lining up as expected and I was going to have  a few layovers. Why couldn’t things go my way?! I became so frustrated and angry, that I let it ruin the better part of my morning.

Then I thought about it. I was stressed out. Over booking travel. It was less than four years ago that I didn’t have money to buy books or to take girls out on dates. Now, I can touch down and take off the same night.

Once I put my “problem” in perspective, it was no longer a problem. I now feel ridiculous for allowing something as trivial as buying plane tickets to ruin my day.

In a way, this has become the reality for those of us in the tech community. It’s a privileged reality, but one that insulates us from what is really going on. We gripe about late Uber cars and unreturned phone calls from investors.

Part of the problem is that the tech world, especially in San Francisco, is very insular. When your friends all work in tech and you all read the same blogs and follow the same people on Twitter, you lose sight of what’s really important.

I live in New York and I’m lucky to have a diverse set of friends. Some are lawyers, others investors, some dabble in the arts and others work in the same space I do. In San Francisco, the predominant sector is technology. You go out bars and you don’t even bother asking others what they do. They’re most likely the Chief Dream Officer of some hot new startup that some blogger says can be the next Unicorn or something.

This environment creates a sense of groupthink that reiterates tech’s importance amongst the group of so-called tech elite. And when your only environment is this space, it quickly becomes your warped sense of reality and we lose sight of what things really are.

Marcus Aurelius wrote about breaking things down to their lowest denominator:

“When we have meat before us and such food we receive the impression that this is the dead body of a fish, and this is the dead body of a bird or of a pig; and again, that this Falernian wine is only a little grape juice, and this purple robe some sheep’s wool dyed with the blood of a shell-fish: such then are these impressions, and they reach the things themselves and penetrate them, and so we see what kind of things they are.”

Similarly, if soccer is just a game with a ball, then startups are just businesses that add marginal value to the developed world. I’m not downplaying what the space has accomplished, because some things are truly incredible. But when put in perspective, we’re not fighting AIDS or fostering peace negotiations in the Middle East.

A while back I was venting to my manager about an agency that was delaying in sending over needed documents. As I spewed complaint after complaint, he cut in.

I’m not implying that our work is meaningless, because chances are you’re doing the work because it’s fulfilling to you. What I’m saying is that it shouldn’t change your values or your character. In going to parties and interacting with other folks in the space, it’s clear to me that we’re dangerously close to losing our sense of humility and are out of touch with reality. The same people that talk about going to Burning Man to “find themselves and create art” are the same ones that are complaining about the homeless epidemic in San Francisco.

I remember at the 2013 Crunchies, one award recipient said that he wanted to take a moment to thank the “big guy upstairs.”

To quote The Game “I’m far from religious, but I got beliefs“ and I was touched by his show of humility and gratitude. But before I could finish my thought he followed up with “…thank you Richard Dawkins, without you, this would not have been possible.”

As one could expect, the joke was a hit and the crowd broke out in laughter. I felt silly that I actually expected someone in San Francisco to show such humility and thankfulness. I don’t think San Francisco has a “godless” problem. I’m mature enough to understand that we live in a secular world where science and logic are the religion. But I do think that we’re teetering the line on believing that we’re gods ourselves.

(I’m only picking on San Francisco because I care. I think New York is the best city in the world. But the Bay to LA? That’s home court, man. I grew up in Modesto, went to school in San Diego and have family throughout the state. I would love to come home one day, if it’s in the cards.)

On a meta level, this obsession with disruption causes a distortion of reality. Go to Greece, or to Gilroy, CA. See how far your apps get you there.

On a personal level, this God Complex causes us to lose sight of what’s really important. We’re constantly glued to our phones, replying to emails or looking for ways to stay “busy”.

Never mind that busy is just a form of laziness. But think of all we have missed out on because of the importance we place on our work. One of my biggest regrets in life is not taking more time off to see my ailing grandmother in 2011. I thought that work was important and it was my duty to show up day in and day out, despite the pain I was dealing with. The kicker is, I didn’t like that job very much to begin with (and in retrospect it means even less to me now). She passed away in May of that year.

All around me, colleagues are skipping lunch because of work, not getting to the gym and taking care of themselves and facing the very real possibility of burnout. All for what? Just to reply to some emails faster?

I know it’s a paradox. When you love what you do, you do it. Whether it’s replying to an email late at night or editing a draft on a Saturday morning. If that’s you (and it’s me) then consider yourself lucky to be working on something where you can easily lose track of time.

The key though, is to not get carried away like you’re doing the Lord’s work, on a mission to spread the gospel.

Just after taking charge of Chelsea (for the first time) in 2004, Jose Mourinho told reporters that he was ready for the challenge and scrutiny of the Premier League.

“If I wanted to have an easy job, working with the big protection of what I have already done before, I would have stayed at Porto (his previous club) – beautiful blue chair, the UEFA Champions League trophy, God, and after God, me.”

Jose knows his work is important. Just to an extent. 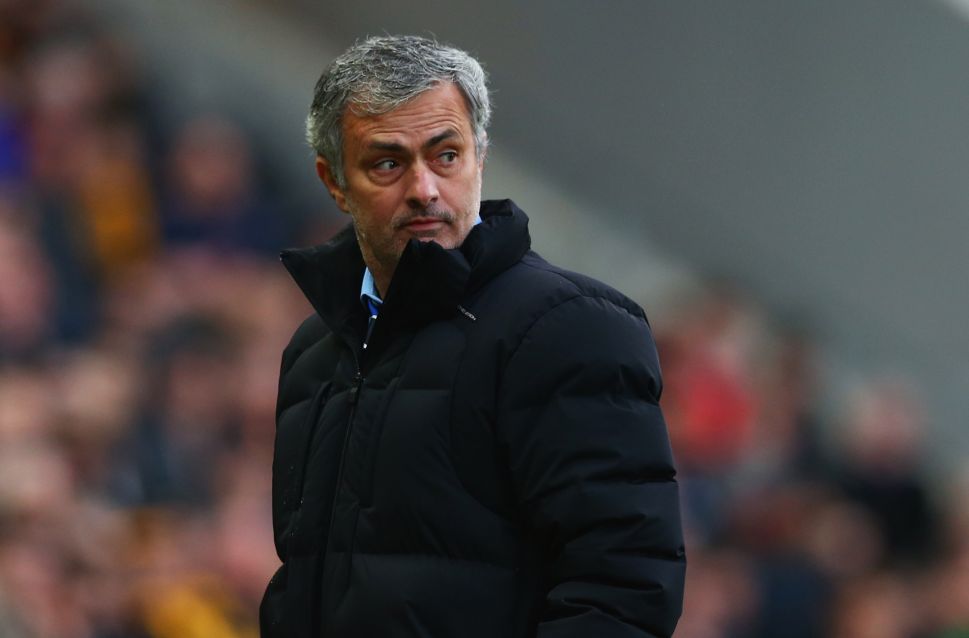