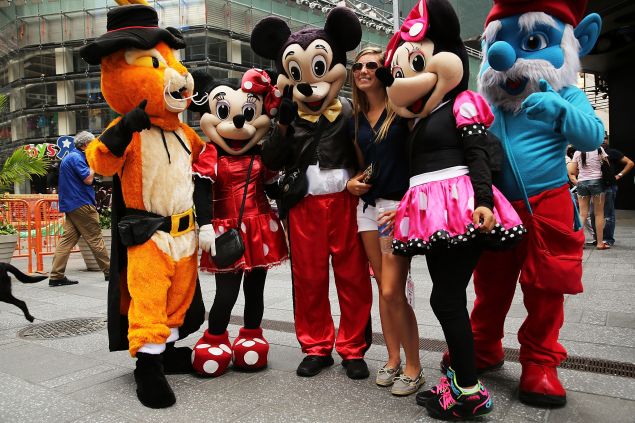 The head of an organization representing Times Square’s brick-and-mortar enterprises dismissed topless women as “a total distraction,” instead arguing that the city needs to focus on the confrontational tactics performers in the famous space use to shake tourists down for tips.

Tim Tompkins, president of the Times Square Alliance, told WNYC’s Brian Lehrer this morning that the hotels and stores in the crossroads of the world are more concerned about the longstanding issue of costumed characters aggressively hassling unsuspecting tourists for money. Mr. Tompkins argued that while the body-painted girls have gotten a lot of ink in the papers in the past week, the bigger problem has been anonymous performers harassing and groping tourists and employees, and getting into scrapes with each other and with police.

“We’ve been zooming in on the fact that there’s very aggressive solicitation by a handful of people,” Mr. Tompkins said. “Times Square should be quirky, it just shouldn’t be creepy

“The desnudas thing is a total distraction,” he continued, referring to the Spanish term for the topless women.

Mr. Tompkins pushed back on the suggestion from Mayor Bill de Blasio and NYPD Commissioner Bill Bratton that the solution to the problem might be to rip out the pedestrian plazas that replaced traffic lanes in Times Square. He argued that the space has always been emblematic of the situation in the city at large—as have the subway system and Central Park.

He also noted that before the plazas, tourists and workers used to simply walk among cars in traffic lanes—creating a potentially dangerous situation.

“The idea that because we can’t deal with a handful of petty thieves and hustlers, we’re going to put 450,000 people who walk through Times Square every day out in the street is ridiculous,” he said.

Mr. Tompkins, however, refrained from attacking the mayor or Mr. Bratton, arguing that Mr. de Blasio’s new task force on the issue would most likely result in smarter solutions like creating zones limiting where performers can ply their trade.

“Bratton and the mayor are smart people, they know the life of the city,” he said. “The good thing about this task force is it says ‘let’s all cool off a little bit.'”

“Maybe there will be fewer headlines about naked women, which is really really a distraction from this conversation,” he continued.

Mr. de Blasio said last week he would not “tolerate” the desnudas or the costumed characters, but that legal experts were still working on a way to regulate their activities without violating the performer’s First Amendment rights. 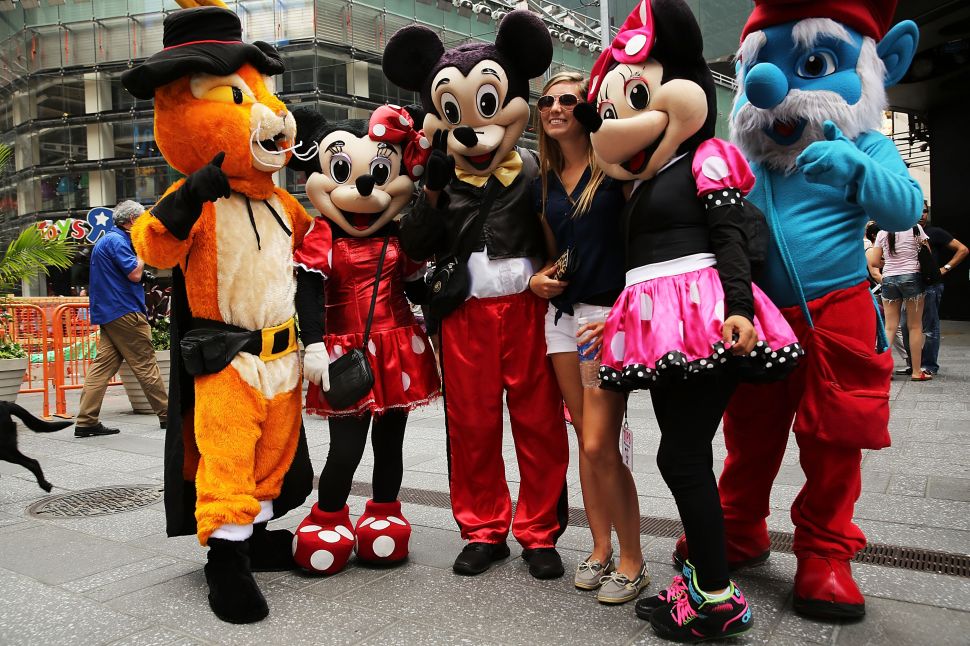