Ellie Rines’ vestibule-sized gallery space 55 Gansevoort will close after their Rachel Foullon exhibition, which opens this Thursday, the Observer has learned. The reason? The upscale furniture company Restoration Hardware—who’s three-year-old, five-story “gallery mall” is struggling—is about to double down on crazy ideas. RH is now planning to open a 14-room luxury hotel on a massive Meatpacking District site that includes Ms. Rines’ charming space.

Restoration Hardware, which will also house a restaurant on the ground floor of their 25,000-square-foot property, is also opening a new Restoration Hardware store on Ninth Avenue in the former home of the much-loved brasserie Pastis according to Crain’s New York Business. The company is hoping to take advantage of the Meatpacking District, which now boasts tourist magnets the High Line and the new Whitney Museum.

Ms. Rines, who was on a month-to-month lease, found out about the plans from a google alert, she said.

55 Gansevoort opened in the fall of 2013 with a show by former actor and current Marlborough Chelsea gallery director, Leo Fitzpatrick. From there, the gallery went on to show both hot emerging artists such as the multimedia artists Jeanette Hayes and Augustus Thompson and mid-career heavies like painter Betty Tompkins and photographer Todd Eberle.

But Ms. Rines is far from throwing in the towel. She’ll take a brief hiatus in order to find a new space while further promoting her coterie of artists. She’ll also continue with her dual directorial roles at East Hampton’s Halsey McKay Gallery and the Marfa, Texas-based United Artists Ltd.

She will also call her next gallery 55 Gansevoort, despite the fact that she no longer occupies that address, she said.

“55 Gansevoort is not a physical location, it’s a state of mind,” a reflective Ms. Rines told the Observer. “The next incarnation will be bigger and better, but we’ll continue to offer artists an opportunity to work in a less commercial atmosphere and show something that might not be feasible in a traditional gallery setting.”

Perhaps it’s fitting, then, that commerce that will be pushing Ms. Rines towards her next chapter.

“Rachel Foullon’s show is a good note to end the space on,” added Ms. Rines. “The exhibit is in direct conversation with the roots of the Meatpacking District. The first meat trading post in New York City was on Gansevoort and Washington. ‘Double Gate’ is about settlement and transaction.” 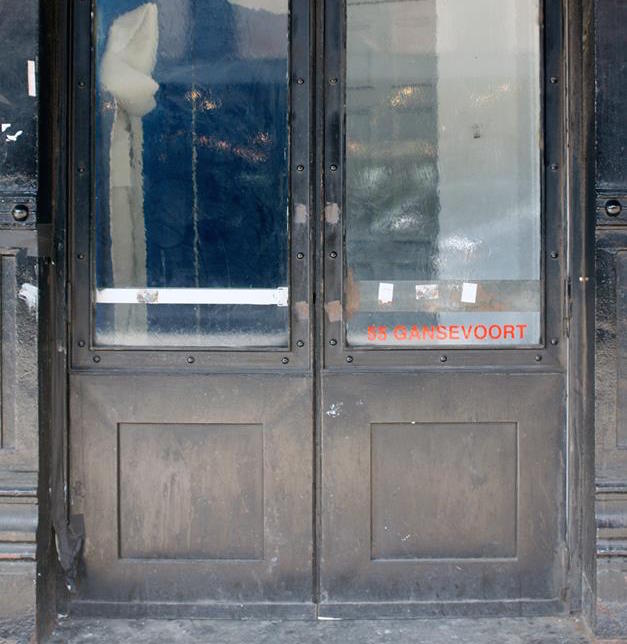