El Museo del Barrio is teaming up with Lincoln Center to bring you a whole bunch of dancing. And music! Tonight they’ll be offering salsa lessons by Carlos König, which you can then try out at the silent disco, as music by DJ Mosco, Bill Coleman and Ron McGugins is pumped directly into your headphones. Snacks from Borough Burrito and The Empanada Times will be on hand for when you’ve danced yourself hungry. El Museo del Barrio, Fifth Avenue and 104th Street, 6-10 p.m., free

Maybe yoga never relaxes you as well as a drink does. In that case, you’re in luck. TY KU Sake is hosting an après yoga happy hour at Pure Yoga today. You don’t necessarily need to do yoga beforehand. You can always just hang out and enjoy the drinks, because that awakens your chakra too (maybe?). Pure Yoga East, 203 East 86th Street, 6-8 p.m., free

Perhaps the only thing more terrifying than Cthulhu is, well, any real social issue that exists in the actual world. So, gather for H.P. Lovecraft’s birthday party to help fight homelessness in NYC. There will be absinthe, costumes and live readings from the horror master’s work. Get your octopus alien mask ready now. Lovecraft, 50 Avenue B, 6 p.m.-1 a.m., $10

I cannot stress the extent to which you should go to Sir Ivan’s Royal Tea Dance. If you don’t, you’re going to miss telling stories for years afterwards, like about how I once saw a woman dance naked while wearing dragon wings in a fountain. I think she was wearing body paint, also? Definitely dragon wings. There were also just little tiny golf carts elaborately painted to take you around the estate. And a carousel. And again, a naked woman, wearing dragon wings—more than one of them, a few naked women with costume animal parts. It was probably the party that I’ve tried to explain to people the most, and done the poorest job of truly capturing. Have you ever done hallucinogens? Or been a conscious adult in the year 1969? I haven’t, but I think it was probably like that. Please go. It’s so unusual. The party is to celebrate Sir Ivan’s “Kiss All The Bullies Goodbye,” and the mandatory dress code is “The Village People.” Which leaves you with a lot of blue-collar occupations to work with, and also, nudity. Randy Jones, LuAnn de Lesseps and Danielle Staub are all going to be there, and proceeds will be donated to the Peaceman Foundation. Sir Ivan’s Castle in Watermill, 8 p.m.-midnight, $250

Pick an event, any event. Do you like the idea of attending a super old-school magic show? We can’t get you a time machine back to the 1920s, but you can get over to Wondershow this weekend. They promise “Professional Mindfuckery by the most skilled performers in the business.” That means that you’ll be seeing Jon Stetson (“America’s Master Mentalist”) and “The Great Throwdini” who is, I presume, America’s master knife thrower. Master Lee will also be performing his comedy routine, and there will be magic and sleight of hand from TJ Tana and Ben Nemzer. It will all be very grown up, which is to say it’s the kind of circus you can appreciate with cocktails rather than cotton candy. And it will all be hosted by the delightful Audra Isadora, who describes herself as the “petrie-dish love-child of Grace Jones, Billie Holliday and David Bowie.” The Muse, 350 Moffat Street, 7-10 p.m., $20 to $75

The men’s shoe store KITH has made its way across the bridge. Ronnie Fieg will be celebrating the opening of the new Brooklyn location with a cereal bar called KITH TREATS. KITH, 233 Flatbush Avenue, Brooklyn, 8:30 p.m., invite only

It’s that time of year again when we all go watch movies in Central Park and enjoy glorious free popcorn. Which is to say, the best time of year. This summer the Central Park Conservancy is showing films of the ’80s, starting today with Fame. If you do not like Fame, because you are a crazy person, the festival runs until August 29 and also features hits like Blues Brothers, Raging Bull, Airplane! and Superman II. Central Park, between Sheep Meadow and the 72nd Street Cross Drive, gates open at 6:30 p.m., movies begin at 8 p.m., free

You don’t need to go to the Hamptons to appreciate tennis. You can also get a taste of it right in the city (provided you are very glamorous). Just go to Gotham Magazine’s Tennis Kick-Off Party with CAA sports. Tennis superstar Tomáš Berdych and wife Ester Sátorová will be hosting the evening, where a charity raffle will take place to benefit his foundation. Sanctuary Hotel’s Haven Rooftop, 132 West 47th Street, 7-9 p.m., invite only 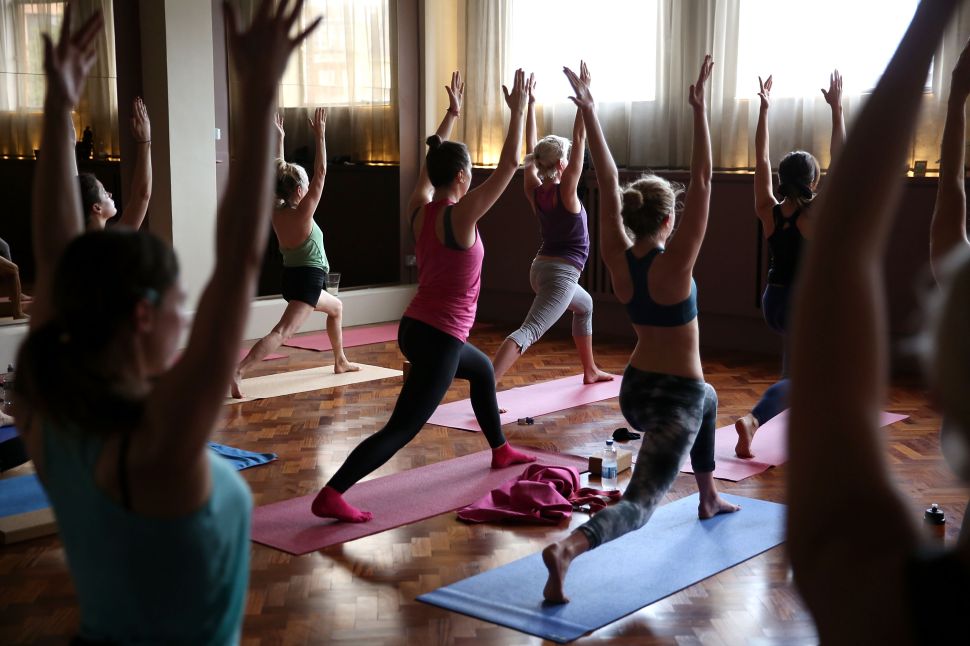