Congresswoman Carolyn Maloney, a member of Mayor Bill de Blasio’s task force to combat toplessness in Times Square, said that whatever rules the panel comes up with should apply equally to the body-painted female “desnudas” whose appearance last week provoked a furor and to the Naked Cowboy who has performed nearly nude in the area for years.

Speaking at an Upper East Side rally for the passage of the Equal Rights Amendment, Ms. Maloney told the Observer that the task force—which has yet to hold a meeting—should develop a blanket plan to cover both the all-but-naked ladies who prompted the panel’s creation and to Robert Burck, who performs for tourists in just a cowboy hat, boots and underwear. The congresswoman said she was still “studying” different possibilities—which could involve creating special zones limiting where the various panhandlers could operate, or even tearing out the Times Square pedestrian plazas.

Ms. Maloney, noting that today is Women’s Equality Day, said she would be vigilant that the task force would not create a double standard.

“I will certainly be watching to be sure they will be treated the same,” she said. “The cowboy and the painted women should have the same standard, they should be the same. My message today is equality.”

Mr. de Blasio recently said he did not believe would should “display themselves” the way the desnudas were in Times Square—leading some to call his effort to crack-down on the painted ladies “sexist.”

A 1992 court decision struck down New York laws that permitted men to appear in public with their chests bared but limited female toplessness, on the grounds that such statutes were discriminatory. Gov. Andrew Cuomo has asserted that the topless Times Square women are a “symbol of degradation” and maintained their activities are illegal—but former Council Speaker Christine Quinn, now one of his aides, refused to comment on the matter.

Ms. Quinn would only tell the Observer the Women’s Equality Party she helped create last year on behalf of Mr. Cuomo ad no position on the issue.

“We have no questions related to the Naked Cowboy or to the painted women on the Women’s Equality Party questionnaire,” she said. 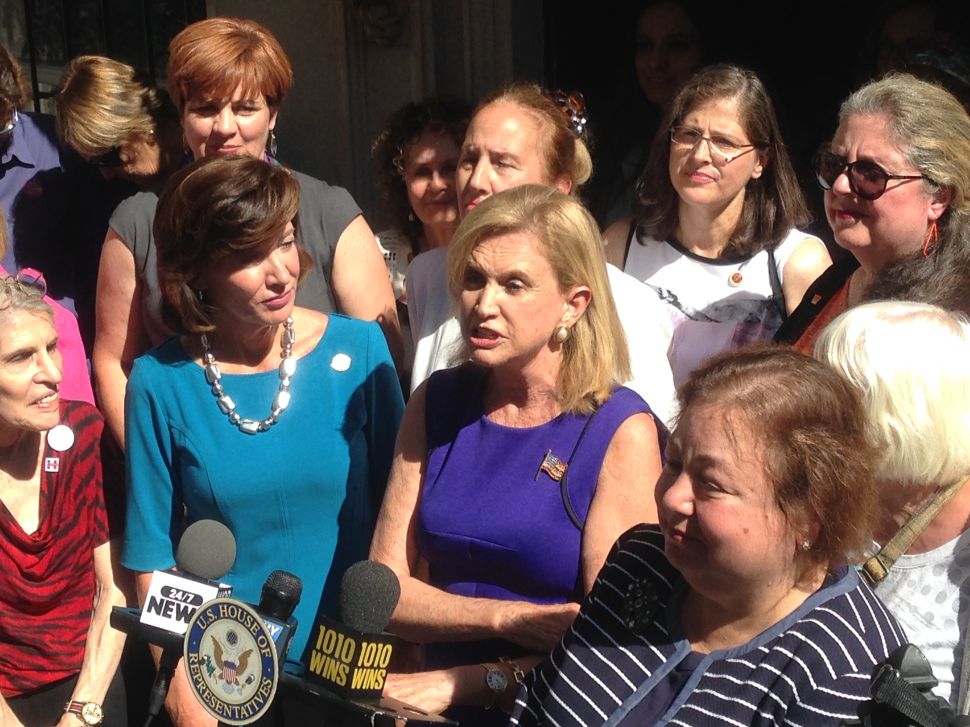