TRENTON – At-Large Councilwoman Phyllis Holly-Ward stepped to the podium with a face of grave dignity as she tried to overcome the emotion she said she felt as she called for the resignation from leadership of Council President Zach Chester following Chester’s participation in a physical altercation at last Thursday’s city council meeting.

Chester initiated the melee, said the councilwoman, who was physically hurt by her colleague, she said.

“Violence has moved from people in the streets to people sitting in the seats of government,” Holly-Ward told reporters in the grand council chamber of City Hall where the incident took place. “This was a person out of control.”

Holly-Ward said few people witnessed the ugly episode last week when Chester – who represents the West Ward of Trenton – allegedly charged Councilman George Muschal. The council president threw off the attempts to restrain him made by two other elected officials, she said, and jammed her between a chair and the council dais.

Holly-Ward injured her legs, she said, and suffered pain.  “This is about conduct that is unbecoming in this chamber,” she said. “As a witness who watched and felt impacted I could not watch this get swept under the rug.”

Subsequent to the incident, the councilwoman said she received no apology from the council president.

“To add insult to injury, we have to consider having a police office at meetings,” she said.

How can the city council make demands of the public for order when the sitting council president behaved thus int he chamber of government, she wondered, and called for him to step down as council president.

She acknowledged fear in challenging her male colleague.

“As a woman is not easy to stand here in this male-dominated industry of politics,” she said. “I know understand what it is like for a woman who is raped by a man to come forward.”

As long as Chester remains council president, the city council puts itself at risk of being out of control.

“Show true leadership and step down as council president,” the councilwoman urged her colleague.

Chester apologized to Muschal last Thursday on his Facebook page, but Holly-Ward said she never received an apology and said Sept. 3rd – the next scheduled council meeting – is too late a date for sorry considering the severity of the transgression. Following the press conference, North Ward Councilwoman Marge Caldwell-Wilson told PolitickerNJ that she aligns herself with Holly-Ward and said Chester needs to step down as council president. 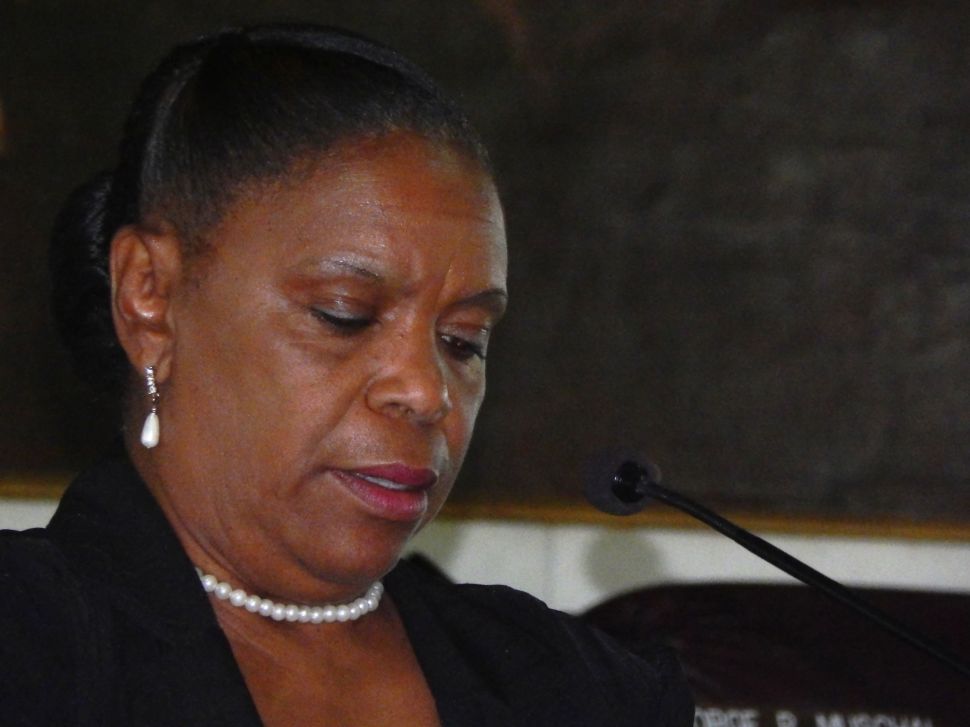