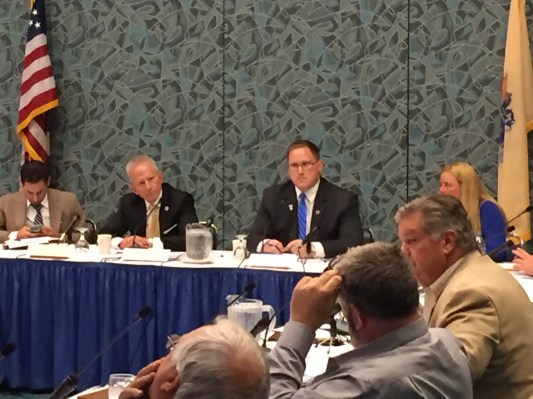 Fiocchi says task force meetings are too little, too late

WILDWOOD – Senator Jeff Van Drew (D-1) and Assemblyman Bob Andrzejczak (D-1) chaired a meeting of the 1st Legislative District Economic Development Task Force Thursday to weigh the costs and benefits of bringing new oyster farms into the Delaware Bay. The panel’s guests from the Rutgers Institute of Marine and Coastal Sciences NJ Aquaculture Innovation Center pointed to the exponential growth of the oyster industry in Virginia and other coastal states over the last decade, and said a similar upturn could occur in New Jersey if existing bureaucratic roadblocks are swept aside.

The meeting met with criticism from Assemblyman Sam Fiocchi (R-1) and Cumberland County Freeholder Jim Sauro, who are running against Andrzejczak in the upcoming assembly race and previously accused Van Drew of “pulling the strings” in the Democrats’ assembly bid. Saying that the task force’s meetings so far have been a sluggish response to a high-priority issue, they criticized the event and described it as a surreptitious campaign stop for a ticket whose public appearances have been lackluster.

“We’re open and accessible, while they hide from the public,” said Sauro in a statement. “The contrast between our open and transparent Town Halls and their carefully orchestrated political dog-and-pony show could not be clearer.”

“The Democrats announced these task forces to great fanfare and talked about the dire straits South Jersey’s economy was in – and then they held three meetings over the next 16 months while taxpayers and businesses down here continue to suffer,” said Fiocchi.

“What good is a task force that meets once every five months?  Moreover, after more than 13 years in Trenton, how much more does Senator Van Drew need to study South Jersey’s economy to figure out why it’s broken?”

Saying that competing environmental and zoning restrictions have made it too difficult for fisheries and oyster farms to keep up with the pace of demand, Van Drew has proposed a bill that would eliminate some of the red tape from the New Jersey Department of Environmental Protection and Department of Agriculture. The panel heard testimony that the new oyster beds could bring in between $18 and 30 million in revenue.

“No one should think that that legislation will be easy to move through,” said Van Drew. “This is where sometimes government is more of a hindrance rather than a help.”

“It is virtually impossible for this industry to really thrive,” he added, citing the number of agencies, forms and regulatory standards that have kept the oyster project from growing into a profit center for the region. 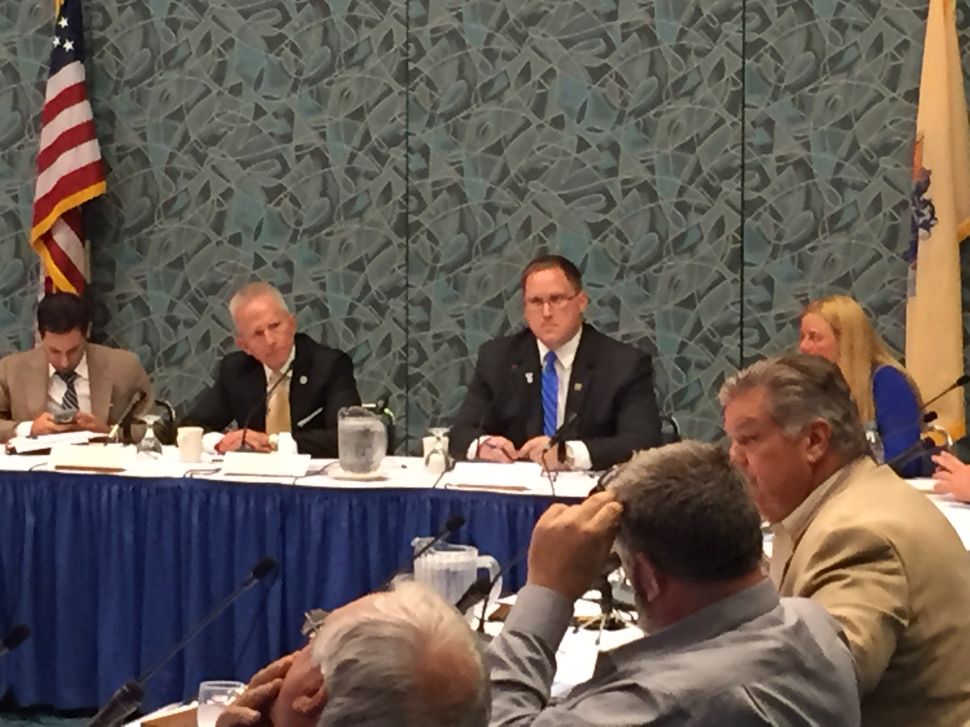