A lawsuit has been filed in U.S. District Court for the Southern District of New York asking for an injunction to stop the United States government from releasing over $100 billion in frozen Iranian assets.

The two dozen plaintiffs are all victims of Iranian-sponsored terrorism perpetrated between 1995 and 2006. Together, they hold over $1 billion in judgments and fear that releasing the funds to Iran will deprive them of their only leverage to make Iran comply. The lawsuit names the U.S. State Department and Treasury Department as well as Secretary of State John Kerry and Treasury Secretary Jacob Lew as defendants.

“It would be outrageous to release the $100 billion in frozen Iranian funds when these American families have unpaid court judgments against the terror-sponsoring regime in Tehran,” said attorney Nitsana Darshan-Leitner. “For more than a decade Iran has refused to pay these court judgments and has thumbed its nose at these victimized families and the U.S. court system. The $100 billion in frozen funds is the last leverage the families have to compel Iran to satisfy their judgments. If you release these funds you erase all hope of the families of ever getting a measure of justice against this outlaw regime.”

Ms. Darshan-Leitner, who is founder and director of Shurat HaDin—Israel Law Center, filed the lawsuit together with New York attorney Robert Tolchin. Both are veterans at fighting for victims of terrorism in Israel and the United States. According to Newsweek, in past cases they have won over $1.5 billion in judgments, frozen over $600 million in terror assets and secured over $120 million in actual disbursements to victims and their families.

A State Department spokesman told Fox News that there is no connection between sanctions relief and any outstanding court judgments. The government claims they have no control of Iran’s money, calling this legal matter a separate issue.

Tolchin believes the law is on their side as defined in the Terrorism Risk Insurance Act (TRIA) of 2002.

“TRIA says that the blocked assets of a terrorist party can be breached by judgment creditors. In other words, if I have a judgment against Iran and assets of Iran have been frozen by blocking regulations, I am entitled to enforce my judgment against Iran, against those blocked assets,” explained Tolchin. “Blocking is not just about depriving the terrorist state of those assets. It also allows the victims who have won judgments and gone through all the anguish and emotional baggage to finally see the light at the end of the tunnel. The light is supposed to be the enforcement of the judgment.”

Tolchin added, “That is how Congress designed it because, let’s face it, countries like Iran, Libya and North Korea don’t keep their terrorist funds in Chase Bank accounts! So our position, from the perspective of our clients, is to do whatever you’re going to do, regardless of what we think about [the Iran deal], but don’t take away the right of these victims to enforce the judgments against these assets.”

Tolchin said that these assets are mostly in overseas banks and these institutions tend to fight to the “bitter end” before releasing funds. Asked if there are any Iranian frozen assets in the United States, he explained there is pending litigation surrounding a building at 650 Fifth Avenue in New York City. In March 2014, a Manhattan judge ruled that the $500 million property be seized and the assets forfeited to the victims of Iranian terrorism.

“To quote Superman, these people have literally fought for ‘truth, justice and the American Way.’ And to have the U.S. government bargaining away their rights and not sticking up for them and at least letting the little guys, the victims, get some compensation, is disgraceful.”

New York native and plaintiff Stuart Hersh, who was severely injured in a 1997 suicide bombing in Jerusalem, told Fox News, “This is not an issue of politics, it’s an issue simply of human rights.”

Tolchin does believe they can win, but it’s too early in the process to make any predictions.

“I would like nothing more than to get a call from the U.S. Attorney’s office saying we are going to include a line-item here to pay off some of these judgments,” said Tolchin.

A State Department spokesman told Fox News that there is no connection between sanctions relief and any outstanding court judgments. The government claims they have no control of Iran’s money, calling this legal matter a separate issue. 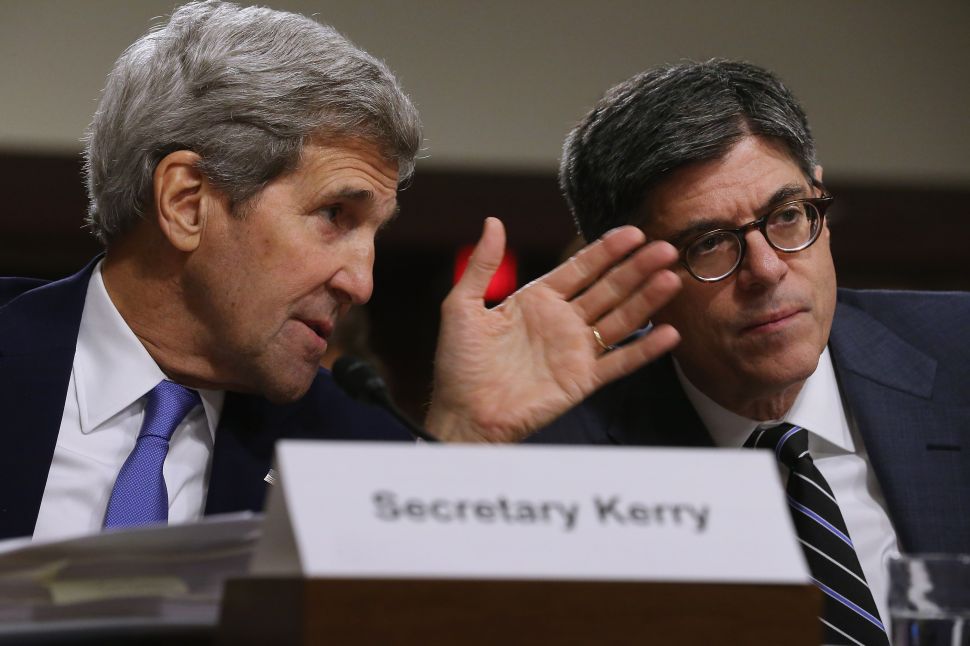