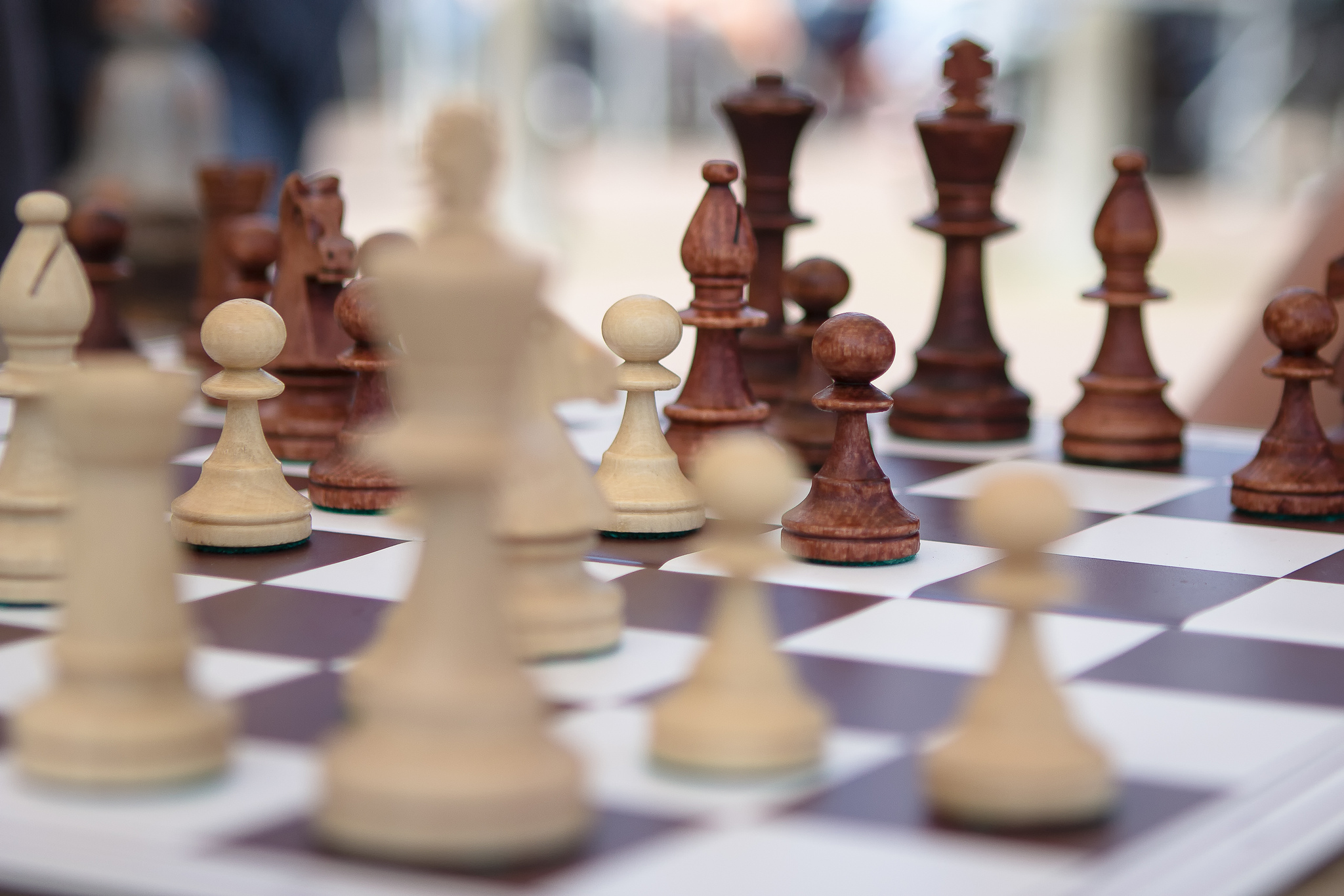 Chess got me a girlfriend, it got me into college, it got me into graduate school, it got me my first job, it helped me raise money, it got my company sold, and it opens doors when previously they seemed locked to everyone around me.

But all of that is superficial. Where it really helped me, where any activity that you devote your heart to for years at a time, is the following:

A) It taught me how to learn

Many people play chess for years and never get better. I have one friend I see about once every five years. He loves chess but has never once studied the game.

He still plays the same moves. Makes the same mistakes. All of that time spent on something he loves and he is unable to improve.

You have to get a teacher. You have to study the history (play over games played by all the great players since the 1800s through yesterday).

You have to play and be willing to lose in order to learn more.

This is the same as anything. You get better at sales and management from studying from the best, reading and re-reading thousands of examples, and understanding the subtleties in the history of what you love.

B) It taught me how to lose

When I first started to play, I improved my skill very quickly but not my psychology.

I wanted to think I was a talented genius. I wasn’t.

Talent is a spark that lights the fire. But the fire needs constant fuel to get bigger.

Maybe I had a tiny bit of talent, like most of us do. But I wasn’t anything special.

I started playing at a late age: 17 is very late for young chess players. But within a year I was the strongest high school player in my state.

But along the way I played a match with my high school team. I lost. It was right after I had started taking lessons from one of the strongest grandmasters in the country.

I threw all the pieces on the floor and walked out. Everyone was laughing. I didn’t come back to school for several days.

A few months later I was playing my father. Here I was 17 years old, a grown man (almost) and when my father beat me I would start crying and yelling at him.

Another time, I was 18, and I was representing New Jersey in the US High School Championship. I won my first game but lost my second game. I trashed my hotel room like I was some kind of rock star and I was so upset my grandparents had to drive down and pick me up. I dropped out of the tournament.

I would have nightmares when I lost. The game being played over and over again in my head. I was at Expert level and not quite master.

Finally, I started to care more about getting better than about winning. I started to study my losses. I would take my losses to my instructor and we would go over them.

And that’s how I went from Expert-level to Master-level.

I still don’t like to lose. I hate it. It’s the worst feeling. But I never let a good loss go to waste. The only way to learn is to study something you never knew before.

Losses are the maps that point you to what you never knew before.

C) I learned to play

I used to shake before every tournament. I was so nervous I always felt sick.

And sometimes in the middle of the game, it would look like I was on the verge of losing.

At first, if I was on the verge of losing, I would lose. It was like being stuck in the tractor beam of the Death Star. The loss would reel me in and all I could do was watch the mutilation of the pieces right in front of me.

But then I switched mindsets. If I realized I was losing it almost became better for me. I would start to think, “Ok, now the game begins. I have to get trick.”

I would spend more time at the board. I would focus. I would look down every variation.

There’s a book called, “Think Like a Grandmaster” by Alexander Kotov. He would suggest, before looking down any variations deeply, just look at all the “candidate moves” in front of you and then one by one start looking down them.

I would come up with more candidate moves. More ways to make things look confusing. More ways to scare my opponent into tripping up.

By learning how not to give up when all hope was lost.

D) It taught me to control my paranoia

Chess is about being paranoid.

When your opponent makes a move, he’s not your friend. He’s your predator. He wants to kill you.

So you look at every possibility. How is trying to kill you? What is your worst case scenario.

I was too paranoid. I was thinking too much that everyone was a predator.

It’s true that everyone is self-interested. This is how people survive.

But occasionally, here’s where I should trigger someone else to be paranoid. And the good thing is, because of chess I learned how to do that.

E) It taught me about adults

One language united us, which was the language of chess. Even when I was much older, I could be friends with 15 year olds because we would play chess and analyze the games together.

Or, one time I was in Buenos Aires, at the world famous chess club where Fischer beat Petrosian, where Alekhine beat Casablanca.

I don’t speak Spanish and the guys running the club didn’t speak English. But Claudia, my wife, told them my rating, and then ushered me right in. I played games against the Argentinian Junior Champion, who was there, and we got the full tour of such a historical place.

Since I was a kid I would go to Washington Square Park at the Southwest corner, where the chess players have played for 60 years.

When I was younger it was mostly drug dealers and prostitutes hanging out there. But there were also chess players and backgammon players and scrabble players (scrabble more in the north west corner).

Ultimately I crossed many barriers that a “civilian” life would not have allowed me to cross. Perhaps this is the thing I am most grateful for.

It’s not just chess. If you get good at anything you get to speak a language that supersedes all other barriers, that builds a bridge directly into the hearts of others who share the same love.

F) It taught me how to take advantage

Everyone thinks chess players are smart. It’s a cultural myth.

It’s not really true. There are smart ones and some that are very stupid.

But because of the myth around chess and IQ I have been able to maneuver.

When I applied to college my grades were very poor. But my interviewer was a low-ranking chess player. So I helped him analyze some games for the entire hour of the interview. I then got into college.

When I applied to graduate school, every place rejected me except the one school that was working on the world’s best chess computer. Guess who my office mate became.

When I applied for a job, all of my interviews went bad. I didn’t know the answers to anything. I went outside in my hot, stuffy suit that didn’t fit and called my girlfriend. “Looks like I’m not good enough for New York.”

I then went to play in the park right next door where tables were set up.

I beat the first person I played, a strong master. When I was done, I looked up and my boss’s boss’s boss was watching (if I got the job he would have that power over me). It turns out he was a player.

“I never saw anyone beat Ylon before,” he said. And we took an hour long walk around the park talking chess and Internet and TV and everything.

I got the job.

Twenty years later almost to the day, Ylon Schwartz, the guy I played in the park that day, came onto my podcast and we discussed poker, which he is now champion of.

Chess had meant everything to me. I love it. I’m not the best at it. I’m just good enough to be better than most others.

But you can have these results with anything you love. When you love something, instant community builds around you to protect you. You become something much bigger than yourself.

It turns out that evolution is not about individual selection. We only survive as well as we function in terms of a group. When we are a strong part of a group, when we help the group, and when we use the group’s resources to become better as an individual, then we survive and even thrive.

For me, chess, business, writing, has done that.

I no longer throw pieces at the people who beat me. I no longer even really study the game. I’ve chosen to focus more on writing and other things.

But it’s inside of me and will be forever.

Read More: The 100 Rules for Being an Entrepreneur

Read more from James Altucher, an entrepreneur, investor and best-selling author of Choose Yourself and Choose Yourself Guide To Wealth. He openly discusses the financial and emotional impact of making (and losing) money in his personal blog at JamesAltucher.com. 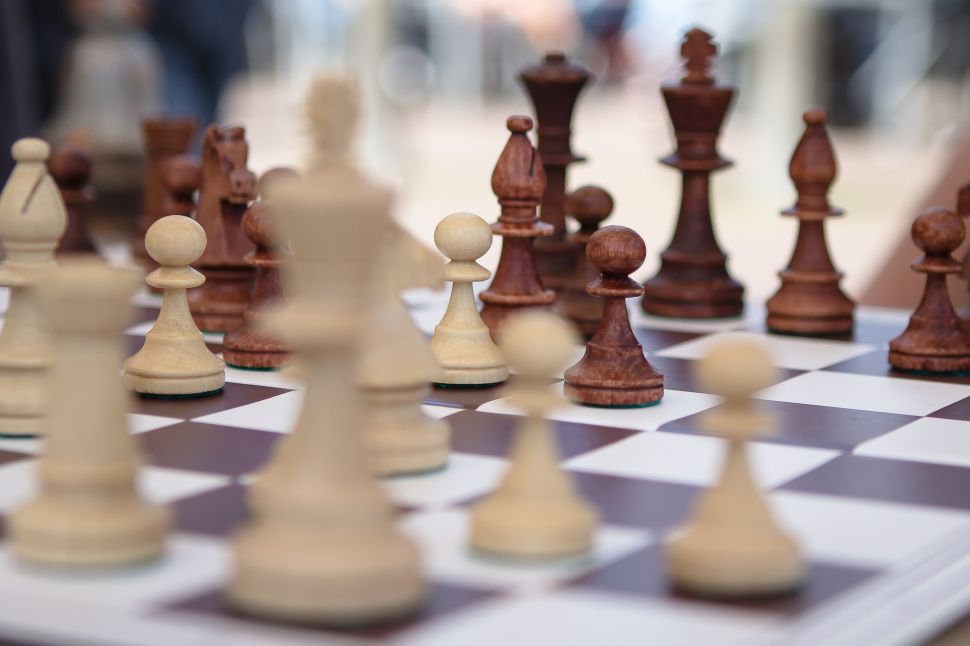