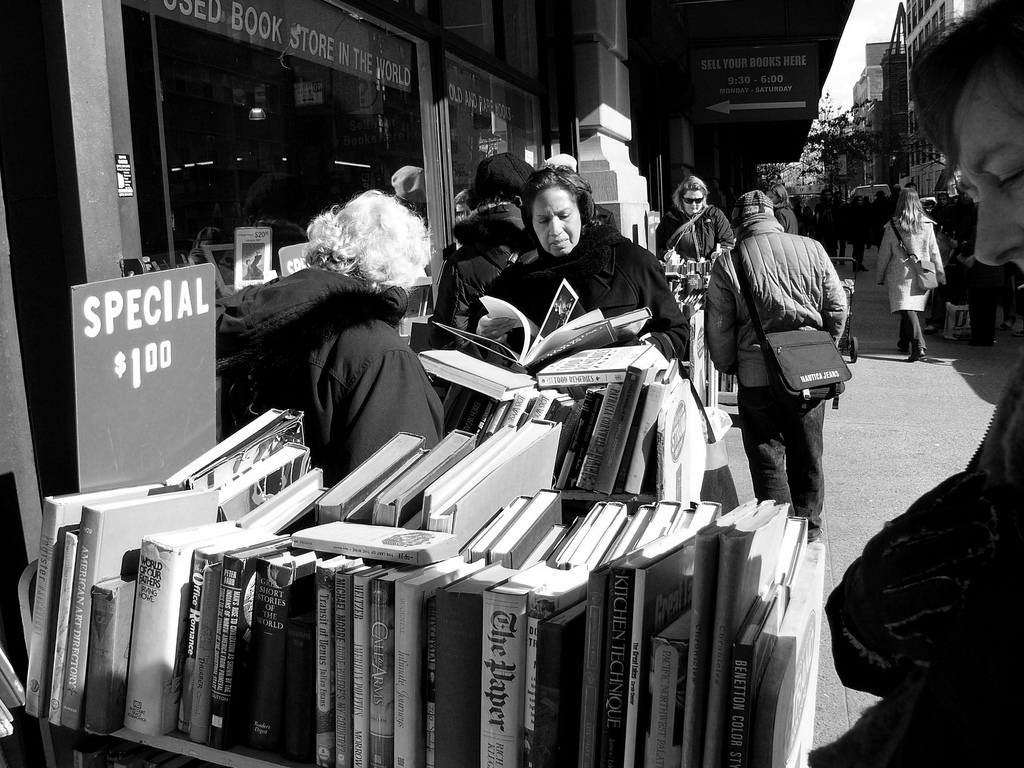 The textbook answer to this one will be the Orson Welles War of the Worlds broadcast.

I believe my favorite one, though, is better, because it involved more people who were in on the joke, it carried on for far longer, and the hoax wound up becoming self-fulfilling.

It’s about a New York Times bestseller that didn’t exist. 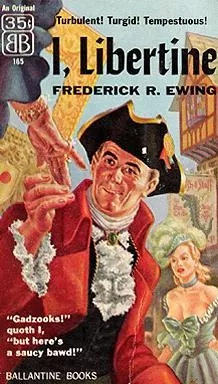 This was a hoax pulled off in broad daylight by a U.S. talk radio host, abetted by his legion of fans. Did I say broad daylight? I meant night, and this story is about how the radio host and his listeners concocted an elaborate hoax that fooled people around the world. 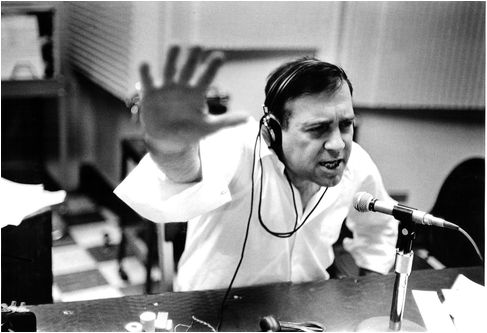 Some readers might recognize the name Jean Shepherd as the writer of A Christmas Story, made into a movie in 1983. Back in the Fifties, though, Shep (as he preferred to be called) was a night-time radio host at a time when television had started to become the medium of choice. Radio was struggling to reinvent itself.

Shep was a true pioneer, a talk radio host at a time the term didn’t even exist. It was so cutting edge that his employer, New York City’s WOR Radio, gave him the dreaded midnight-to-dawn graveyard shift.

It didn’t matter to Shep. The long stretch of empty hours meant he could ramble on to his heart’s content, and his unique brand of humor earned him a devoted following. He called his listeners his “Night People” and bonded with them to the extent that this close-knit community even had their own password to identify each other in public. (Those who exclaimed “Excelsior, you fathead” to a fellow-listener cashier at a store, for example, would be given a free pin with the retort, “Seltzer Bottle, you slob!”).

Shep would contrast his “Night People” with the “Day People”—who, he would say, were file-cabinet lovers bound by rules, lists and schedules.

How the hoax started

One day in April 1955, Shep walked into the Doubleday bookstore on Fifth Avenue, looking for a script of the old radio serial Vic and Sade. When he couldn’t find it on the shelves, he asked a clerk for help.

The clerk checked his records and told him that not only did they not have the book, but the book couldn’t have existed because it wasn’t on any publisher’s list.

This infuriated Shep, who was positive the book did exist. On his show, he railed about the Day People who believed in their silly lists. Bestseller lists, he said, got made by bored reporters who would call book dealers to find out what was selling. All it would take for a book to make the list would be for lots of inquiries for the same title at different dealers.

Then came his brilliant idea for the hoax.

“What do you say tomorrow morning each one of us walk into a bookstore, and ask for a book that we know does not exist?”

As Shep fleshed out the details for this fake book, he asked listeners to suggest a title. One listener came up with I, Libertine; another suggested the book should be about 18th-century English court life. The author, it was decided, would be ‘Frederick R. Ewing’, a retired Royal Navy Commander, now a civil servant in Rhodesia.

The plan goes into action

The next morning, hundreds of Shep’s listeners invaded bookstores in New York asking if they had I, Libertine in stock. When told no by mystified clerks, they would ask if they could have it ordered. There were 27 requests at the Fifth Avenue Bookstore alone.

In the weeks that followed, thousands more Shep fans did the same at bookstores around the United States. There were even requests for the book in England, France, Italy and Scandinavia, thanks to Shep’s listeners who happened to be flight crew or on ships.

Listeners shared some of their hilarious stories on Shep’s nightly show. One woman told of how she mentioned the book at her bridge club and four of her fellow players claimed to have read it. Another, a college student, submitted a nine-page essay he had written on Frederick Ewing and received a B+ from his professor with the note “Superb research!”. One gossip columnist for a newspaper was taken in by a listener and wrote about how he had had lunch with the author Ewing and his wife Marjorie who were passing through town on their way to India.

The book that never was started getting the kind of buzz that real publishers mostly dream about. The crowning (or is that clowning) moment came when a prominent Boston church put I, Libertine on their list of banned books. After all, nothing causes demand for a book to skyrocket than for people to be told they were forbidden from buying it.

Sure enough, by early 1956, I, Libertine made The New York Times bestseller list.

The prank is revealed

The hoax was clearly spiraling out of control, and Shep himself wondered when and how he should pull the plug. As it turned out, he didn’t have to.

One evening, a listener called in and identified himself as a reporter with theWall Street Journal. He said he had been following the prank from the beginning, but wasn’t it time to reveal all? Shep agreed to talk to him, and the story was in the papers the next day.

Interview requests began flooding in—not just from within the US, but other countries as well. The British newspapers picked up on the story and had a field day; so did the Soviet Pravda, which reproduced the WSJ story almost word-for-word. Only the New York press was not amused.

Post-script: A bestseller is born

One day, while the hoax was still in full swing, Shep received a call from a friend, sci-fi author Ted Sturgeon. Ian Ballantine, the publisher of Ballantine Books, he said, was desperately trying to secure the paperback rights to I, Libertine. The three of them agreed to meet for lunch, and after the beans were spilled, they decided to produce a real book with that title. Shep, Sturgeon and Ballantine’s wife Betty shared writing honors, although ‘Frederick R. Ewing’ would retain authorship and a bio (with Shep’s picture) on the back cover. 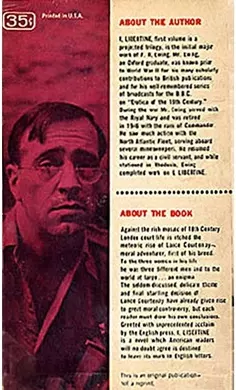 A total of 130,000 copies were printed and the book was released in September 1956. The reviews were mixed, but the book sold in enough numbers to be legitimately called a New York Times bestseller. Copies of that original edition are now collectors items and can be found on Amazon.

Worth reading:
The Bestseller Book That Didn’t Exist: how the author of a beloved Christmas classic pulled off the Hoax of the Century

The Man Behind The Brilliant Media Hoax Of “I, Libertine”

Excelsior, You Fathead!: The Art and Enigma of Jean Shepherd 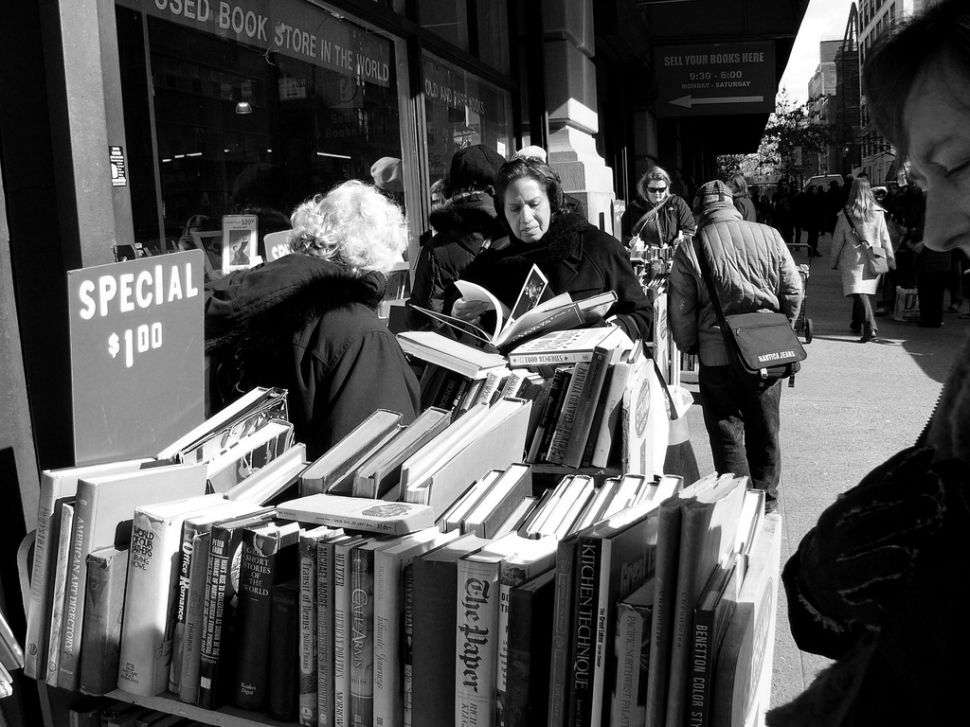