Henry Ford and Jeff Bezos changed the world. That’s not an exaggeration. In their own ways, they both revolutionized how business is done. After Henry Ford’s labor-saving, assembly line innovations, companies that made physical products had to adapt to Ford’s style. Or else. Amazon did something similar. Bezos and company built a digital infrastructure for home shoppers. The experience was simple, dependable, economical, and timely. Since then, any company with a product to sell has had to reckon with what Amazon’s innovations wrought.

Ford did not invent the assembly line. Bezos did not invent e-commerce. But both were the first to apply these new technologies with such relentless zeal and scientific rigor that anyone doing things the old way could no longer compete. That’s what Ford and Bezos have in common. But when it comes to their vision of the place of the worker—the actual human beings who perform the labor—Ford and Bezos have different philosophies.

In the 5,700 word New York Times article by Jodi Kantor and David Streitfeld, some of the conditions that they describe at Amazon sound like a cross between a Dickensian workhouse and a police state. Nearly a hundred current and former Amazon employees were interviewed for the article. Some employees found working in the highly competitive and boundary-pushing environment exhilarating. Others found it punishing. Many workers fell by the wayside or were forced out by the company’s rank and yank culling system or by anonymous employee reviews.

Did the expose of Amazon skew to the negative? Bezos (who was last year voted “World’s Worst Boss” by the International Trade Union Confederation, which represents 180 million workers worldwide) wrote in an impassioned memo to workers that he didn’t recognize the Amazon described in the article: “It claims that our intentional approach is to create a soulless, dystopian workplace where no fun is had and no laughter heard. … I don’t recognize this Amazon and I very much hope you don’t, either.” In the memo Bezos urged his workers to report directly to him if they had ever witnessed the “shockingly callous” lack of empathy described.

The public outcry over the story inspired current and ex-Amazon employees to weigh in with their experiences. An ex-Amazon employee accused the Times reporter Kantor on a radio show of biased reporting. The former employee said that that Amazon needed to be competitive and the culture was fundamentally necessary because employees are “solving the most complex problems in the world.” Another employee commenting in the New York Times story defended Amazon. He didn’t deny feeling stressed or overwhelmed or being pushed for deadlines that struck him as unreasonable, but he did suggest that working there might be “unsustainable.” Worker relations at Amazon were perhaps best summed up by a former Amazon Human Resources director as “Purposeful Darwinism,” which seems to imply that Amazon’s workplace, like evolution itself, is an unstoppable force of nature that promotes the survival of the fittest worker—the men and women who can survive the extreme stress and demands of the job.

Henry Ford was no bleeding heart. Ford was a hard-nosed businessman who wanted to get as much out of his workers as he possibly could. But being a pragmatist Ford knew that his success would depend not just on technology but on the bodies and minds of his workers. The goal was never to push a worker past his limits, to use him up and cast him away, but to maximize his productivity.

Here are just a few of Ford’s principles:

Reward Your Workers. One day in 1914 Henry Ford raised his workers salaries more than 200 percent. His fellow industrialists thought he’d gone mad. The Wall Street journal scolded Ford for applying “spiritual principles in the field where they do not belong.” What was Ford up to? There were practical reasons: The work on the assembly line was so hard that employees skipped work or just quit. Training new workers was expensive. Ford also believed that a good wage would free workers from financial anxiety so that they could focus on their jobs. As he wrote in his book, My Life and Work, “The man who comes to the day’s job feeling that no matter how much he may give, it will not yield him enough of a return . . . is not in shape to do his day’s work.” Ford’s gamble paid off. Workers stayed, productivity climbed and profits soared. Ford the idealist thought that if his workers became more productive, they should share in the profit. Ford was a rising-tide-lifts-all-boats type of thinker who put his money where his mouth was. It may sound quaint today in a winner-take-all economy, but he wrote, “What good is industry if it be so unskillfully managed as not to return a living to everyone concerned? The rate of wages determines the prosperity of the country.” Ford found as an unexpected benefit that with extra cash in their pockets his workers became customers who bought Ford cars.

Push your workers to their limits, but don’t break them. Ford wanted to squeeze maximum efficiency out of his workers. Pushing them beyond their breaking point, however, made no business sense. He wrote, “a man must not be hurried in his work—he must have every second necessary, but not a single unnecessary second.” Ford and his factory floor foremen studied the physical movements of men at work. They timed worker’s actions with stopwatches. The goal was not to run a man into the ground, but to find the optimum speed of an operation to increase efficiency. In an age where many jobs required backbreaking labor, Ford used machines to eliminate the physical strain of lifting, carrying and stooping. Building cars was not easy work but by reducing stress and strain Ford’s workers became more productive.

Promote your worker’s welfare. Here we grapple with what is perhaps the most controversial innovation of Ford’s relationship with his employees. Ford devoted an entire department to look after his workers’ welfare. On the plus side, the department ran an English language school for immigrants and gave workers free legal, medical and financial advice and assistance. The savings of Ford workers’ shot up from $207 in 1914 to over $2,000 five years later. But Ford’s idealism like so much else about the man could jump the shark. The “advisers” from this department were sent into the homes of workers to make sure they were leading the good life according to Ford—no smoking, drinking or gambling. The verdict? Biographer Richard Snow writes in, I Invented the Modern Age: The Rise of Henry Ford, “The department appears to have done more good than harm.” Snow writes about one reformer who traveled to Ford’s plant with the intention of exposing the system. She ended up a believer, saying, “I don’t care what you call it—philanthropy, paternalism, autocracy—the results which are being obtained are worth all you can set against them.”

And how did Ford’s theories work out? It wasn’t until his later years when Ford ignored his own advice, and feuded with both his associates and workers, that his company’s profits suffered.

Behind the handwringing of the controversy surrounding the workplace culture at Amazon, is perhaps the fear that all of us, one day, will be working in an office like Amazon’s. Is it inevitable? Is the Amazon worker us? Will the pressures of globalization and the chronic reinventions of the digital economy force bosses to create workplaces that become more like Amazon’s?

It will come down to what the founders—the future Fords and Bezos’s—believe is in the best interests of their companies. If the Amazon experiment is perceived as a success it will encourage other companies to do as Amazon does. If Amazon’s relations with their workers are perceived as hurting the bottom line, the opposite will happen. And for the record, even an industry-disrupting technologist like Henry Ford believed that taking the worker with all of his or her strengths and weaknesses into account, makes economic sense.

Josh Gosfield and Camille Sweeney are co-authors of The Art of Doing: How Superachievers Do What They Do and How They Do It So Well. 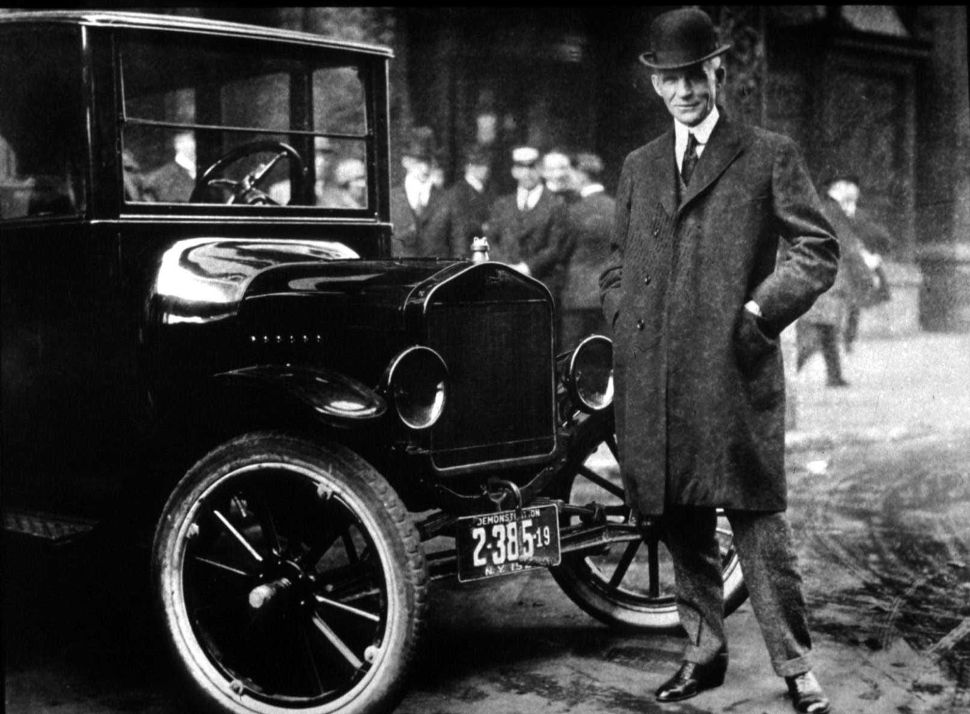