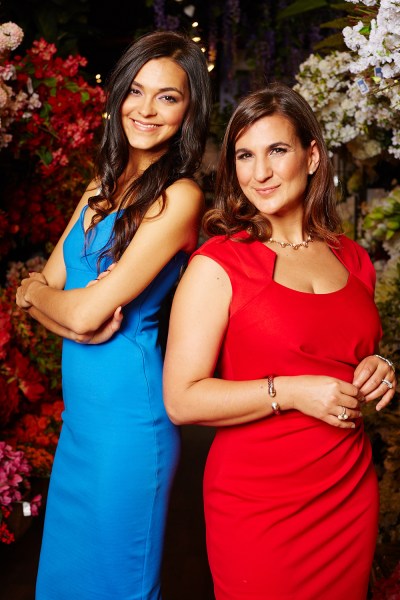 Date perfumes before marrying them. That’s the motto of Scentbird, a digitally driven, New York-based fragrance-sampling brand that recognizes—and feeds—millennial women’s constant need for newness and change. The company gives subscribers a quiz and then for $14.95, sends  a month’s supply of a designer perfume curated for their tastes, mood and occasion. (The subscriber can also simply choose a scent.) The brand with subscribers in every state launched last year. It was founded, according to Rachel ten Brink, the co-founder, along with Mariya Nurislamova, “to create a different perfume playground that opens up the perfume world to millennials.”

A new scent every month? The results of a study by Scentbird would lead you to believe millennials—generally accepted as those born between 1980 and 2004—not only don’t marry a scent, they barely go steady. Only 3 percent of the 400 millennials it surveyed had a signature scent, while 53 percent of their mothers and 55 percent of their grandmothers were faithful to one perfume.

“Signature fragrances take me to the era of Mad Men,” said Daniel M. Annese, global president, Aramis and designer of fragrances at The Estée Lauder Companies who works with designer brands such as Tory Burch and Michael Kors. “Women were defined in a tight space…She was supposed to have one guy and she wore one scent. Now women are much more enlightened and empowered; technology has opened them to a lot of experiences. We find on the average the millennial has between five and eight fragrances.” 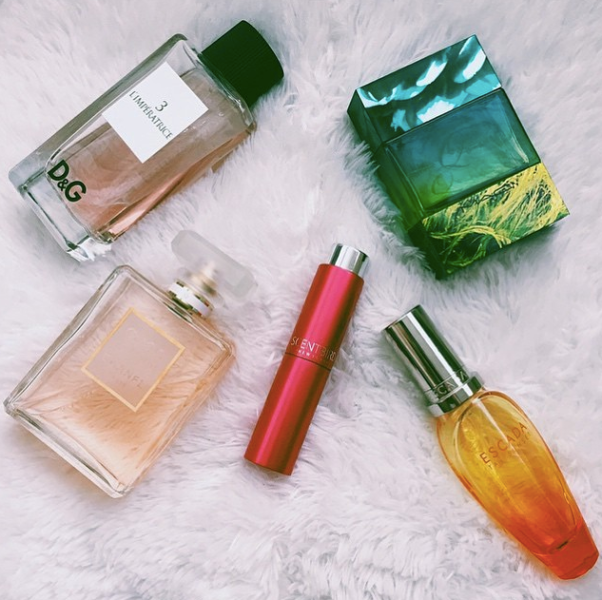 According to last year’s edition of Michael Edwards Fragrances of the World, there were over 1,600 fragrances launched in 2014, considerably more than when Chanel N°5, the floral-aldehydic that epitomized the flapper era, sparkled onto the scene in 1921. Only five perfumes launched that year, according to Mr. Edwards, and only 78 from 1950-1956 when Marilyn Monroe, when asked what she wore to bed, famously said, “Chanel N°5.”

The avalanche of new scents available each year calls for storytelling, said Elizabeth Musmanno, president of The Fragrance Foundation. “To sell a fragrance online, carte blanche, without smelling it? It’s tough,” she said, noting that vloggers are very influential. “It’s the story, the history behind it that is selling fragrance.”

Mr. Annese believes fragrance storytelling “will gravitate to phones” and that the attention span is shrinking. “It used to be a 30-second bite. Now it’s between three and seven seconds,” he said.

The overwhelming selection of perfumes available calls for some curating. Scentbird’s co-founders smell and evaluate every perfume on its site. Currently, it’s narrowed down to some 350 fragrances.

While Ms. Ten Brink has a beauty pedigree having worked at L’Oréal and Estée Lauder, co-founder and C.E.O. Ms. Nurislamova, 27, is the poster child of the millennial fragrance flirt, entering the business through passion and an entrepreneurial spirit. Her fragrance playground began in 2013 with intimate scent soirées for eight to 12 people held in living rooms and hotels, with 12 curated scents to sniff and discuss. The business partners hit on a happy mix. Scentbird tapped into a market of millennial perfume aficionados; many are already subscribers to other monthly-curated beauty selections such as Birchbox and Ipsy. 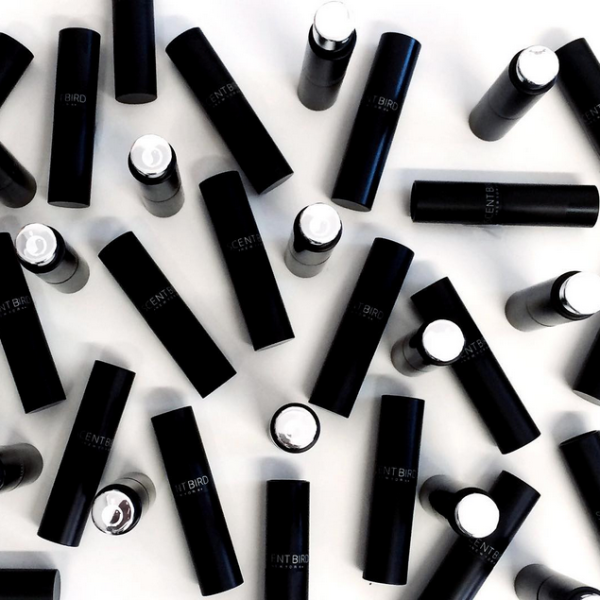 “I feel like I’m really close to this consumer because I have one,” said Ms. Musmanno, whose daughter is 19 and subscribes to several services including World Box.

“The brand loyalty is not there, they’re in the exploratory phase of life. What career, what fashion looks good on them, what kind of boy they like. It’s just who’s going to be able to cut through the clutter to get to them.”

If Scentbird’s loyal subscribers are any indication, curating and presentation are key. Subscribers we interviewed spoke affectionately about their monthly perfumes and called them “my Scentbirds” not by the perfume name, and seemed to happily anticipate the sleek spray flacon in a velveteen pouch that arrives each month in a shiny black bubble pack envelope.

Valerie Leadingham, a 32-year-old designer in California, has been a Scentbird subscriber for six months. She researches perfumes online, mostly at fragrantica.com and likes the thrill of the “blind buy.” Since going freelance—no need to wear only demure daytime scents since she doesn’t go into an office—her fragrance dating game has exploded to 48 bottles.

‘Millennials aren’t loyal to one brand because they’re looking for the next new thing,’ said Carlos Vinals.

Not surprisingly, perfumers feel the effects of millennial whims. “Millennials aren’t loyal to one brand because they’re looking for the next new thing,” said Carlos Vinals, vice president, senior perfumer at Symrise, the nose behind Beyoncé’s Pulse NYC and Marc Jacobs’ Cotton perfumes.

Formulating a fragrance for millennials might involve dewy fruit notes, light florals and gourmands, usually vanilla. Beyoncé’s Pulse NYC, for example, has notes evocative of red velvet cupcakes. The words surrounding the perfume are part of the story, too.

“When we do focus groups, some of the girls think the word ‘noir’ or ‘black’ sounds special occasion, nighttime and niche,” said Mr. Vinals, who noted that highlighting ingredients also drives them to experience new perfume. 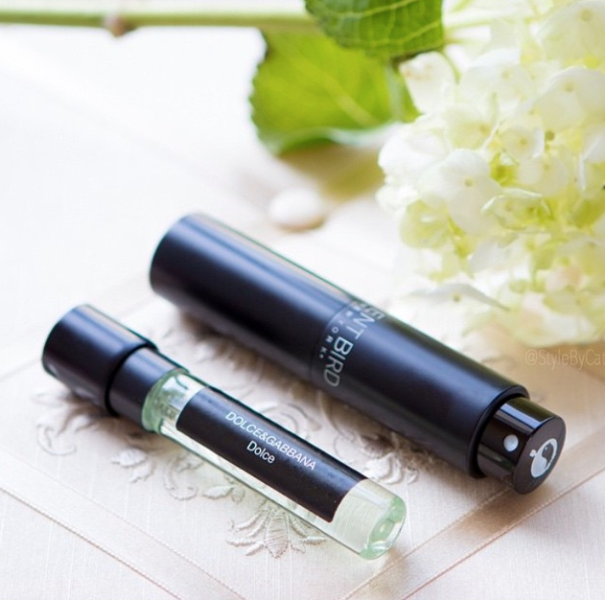 Maisie Devine, 28, an entrepreneur who started Poacht, a covert job search for the currently employed, a subscriber since Scentbird launched a year ago, describes her collection of 17 to 22 fragrances as a “wardrobe” that ranges from light daywear to heavier and sexier eveningwear.

“It’s trial and error with perfume but it’s so much nicer with Scentbird to be able to experiment. Andy Warhol had different scents for different time periods and he kept the scents to feel nostalgia for the time period. A wardrobe of scents lends itself well to that. I just received Tom Ford Black Orchid, having heard so much about it and it completely lived up to my expectations.”

“Perfumes are accessories, meant to be a part of a well-developed wardrobe,” said Mindy Yang, vice president and curator of the New York boutique MiN New York featuring what it calls rare, haute fragrances from around the world. “More than having one signature, it’s about being unforgettable. The millennials are especially well-informed, savvy and open to artisan compositions. Fragrances are emotional triggers. “The issue is that independent and niche brands can’t afford to participate,” said Ms. Yang when asked about sampling programs. “Companies like Scentbird curate from what they have access to, but their access is limited.” 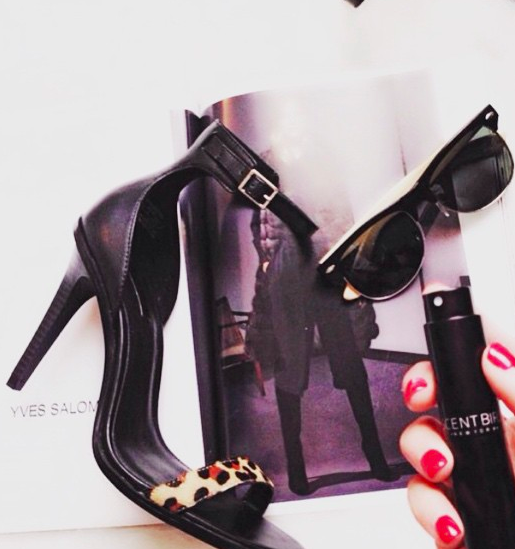 When asked about plans to offer more niche brands online, Scentbird responded, “Our plan is to find those hidden gems of perfumery that we think are the perfect match to our audience and continue to expand the niche portfolio.”

Does ordering online really work in the end?

The Observer decided to put Scentbird to the test and gave a few clues to the founders to see what little perfume they’d fling our way: “Anything by perfumer Edmond Roudnitska. Love Mitsouko and Chanel N°5. Nothing with musk,” went the Observer instructions.

The black pouch arrived. We sprayed. We swooned. Familiar yet electrically floral. We pulled it out of the case and it was the “fragrance of 1,000 flowers,” a classic formulated in 1927—Lanvin’s Arpège. Bingo.

“Fragrance is the ultimate tool of seduction, it’s an invisible signal, a code that says, I’m ready for the world,” said Mr. Annese, who credits Tory Burch’s eloquence in storytelling for the success of her digital fragrance sales to women who ordered without so much as a whiff.

In the digital perfume world, Scentbird, which claims to be growing 40 percent month over month, would appear to be the ultimate tool of seduction. 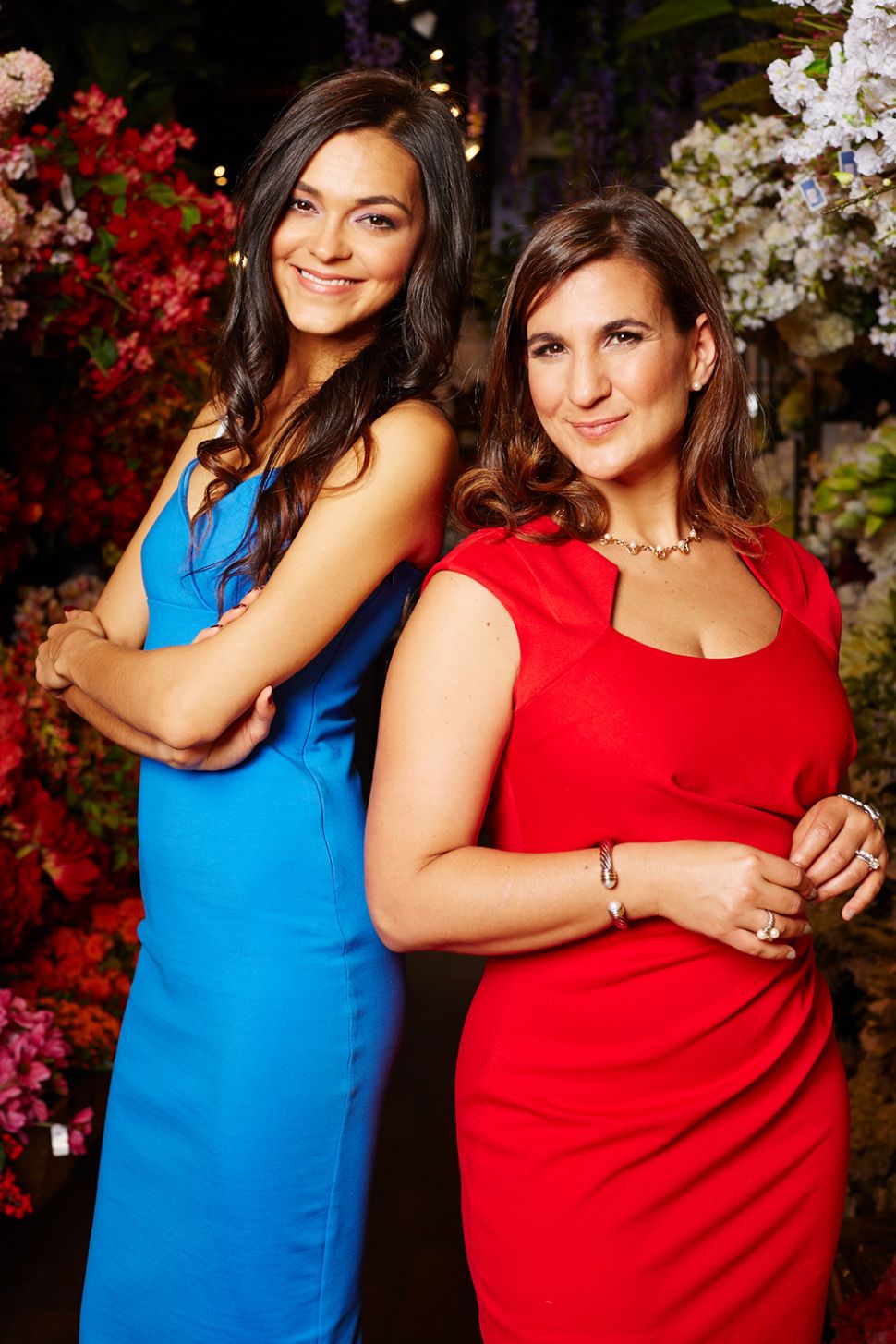