“I am a Democrat,” said Sweeney after an event at Hackensack Medical Center with Lagana. “I will support him and his running mate in every way possible.”

State Senator Bob Gordon (D-38) was also at the event, which centered around increased awareness and funding for children’s mental health issues in New Jersey. He agreed with Sweeney that Lagana and Eustace are the right candidates for the Assembly job in LD 38, citing their records as a reason they should be reelected.

“I think that the voters of District 38 have a chance every two years to decide if legislators are doing good enough jobs for them,” Gordon said. “I think they both have legislative records they can be proud of. They have reduced government cost and are working to make the Port Authority more accountable.”

Chair of the Bergen County Republican Bob Yudin, however, believes that challengers Anthony Cappola and Mark DiPisa are better suited to lead LD 38.

For Yudin, the chance for Republican election in November means “a step towards fiscal integrity.”

For Lagana, however, it is actions like the one taken today in Hackensack that demonstrate that he and Eustace, along with Senator Gordon, are moving the county forward. The fiscal year 2016 budget will include $2.4 million dedicated to children’s mental health in Bergen and communities throughout N.J. impacted by Hurricane Sandy. Additionally, the “Collaborative Mental Health Care Pilot Program” aims to get children to see psychiatrists when issues arise, not just pediatricians.

“It is good public policy to extend mental health to children,” Lagana said. “Investing in the future with things like this show that we are making positive changes.”

According to Lagana, the support of Senate President Sweeney and Senator Gordon has been strong since he was first elected in 2014.

“The Senate President has been great since the beginning,” Lagana said. “As I finish my first term, I know I have that support for the future.” 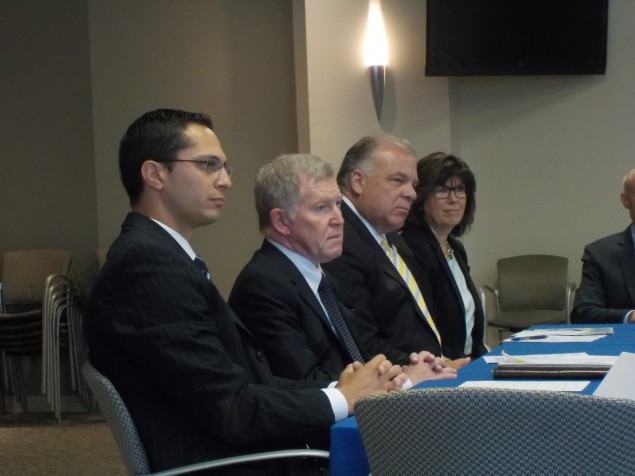