When the New York Post reported that more homeless people are setting up camp in Tompkins Square Park a few weeks ago, it sparked an increased police presence in the park and visits from Mayor Bill de Blasio and Police Commissioner Bill Bratton (notably, Mr. Bratton told a radio show this week that he thinks Los Angeles has a more serious homeless problem than New York City). But while 58,761 homeless New Yorkers slept in shelters each night this past June, why aren’t more doing the same?

Mary Brosnahan, President and CEO of Coalition for the Homeless, an organization that aims to advocate for and help the homeless in New York City, said in an email to the Observer that the single adult shelter system has always presented issues to the administration, and there isn’t enough housing to meet demand in the city. She believes the city needs more small, less threatening shelters, and Mayor de Blasio should invest more in these “safe haven” type shelters.

“People are reluctant to go into the shelter system because it’s chaotic and often dangerous on the front end and it doesn’t lead to permanent housing on the back end,” Ms. Brosnahan said.

The City has added $100 million in new investments to fight homelessness during the past fiscal year, with plans to invest a further $1 billion over the next four. “We are committed to funding additional safe haven beds to meet the need,” the Mayor’s office told the Observer in a statement.

And while Ms. Brosnahan agrees that the numbers of homeless people in the city are increasing, she thinks publications like the New York Post are missing the point in their reporting of the issue.

“People are reluctant to go into the shelter system because it’s chaotic and often dangerous on the front end and it doesn’t lead to permanent housing on the back end”—Mary Brosnahan, President and CEO of Coalition for the Homeless

“Preying on a single homeless individual for weeks on end, rather than reporting on the underlying issues that have given rise to an increase our neighbors suffering on the streets advances only hatred and misunderstanding,” she said.

Kimberly Schwab, 28, is a volunteer coordinator at Food For Life at Tompkins Square Park, an organization that serves food for free three times a week at the park. They run on donations from businesses in the area.

According to Ms. Schwab, a lot of the city’s homeless choose to sleep in the park over the local shelters because of certain restrictions that shelters place on their residents, such as abstaining from drugs and/or alcohol.

Ms. Schwab said that they generally serve up to 150 people per day, and the number increases every year in the summer, as the weather gets warmer. She says she hasn’t noticed a significant difference from past years in the number of homeless their organization encounters in the park.

“Tompkins Square Park historically has always been a meeting-ground for our neighborhood’s homeless community, so I’m not sure if there’s been an increase necessarily,” Ms. Schwab said.

Penny Rand, who has lived in the area since 1968, said that she believed the homeless avoid the shelters because of the conditions.

In terms of combatting the problems with shelters and the increasing numbers of homeless, Ms. Brosnahan cited changes in city funding related to shelters and homelessness. She said a budget passed in June, for example, increased funding for eviction prevention, which she believes will help prevent homelessness at its root.

“The smartest way to end homelessness is to stop it from happening in the first place,” she said.

Ms. Rand was behind the online petition calling for the removal of the NYPD surveillance tower from the park. She feels that the news coverage of the petition, and the plans for a campout in the park this coming weekend contributed to the removal of the tower last Tuesday.

Ms. Rand acknowledges that there is a homeless problem in the park and does not object to a police presence in the park, just to the presence of the tower.

“I don’t think it’s enough of a problem to have warranted some Orwellian spy tower,” she said. 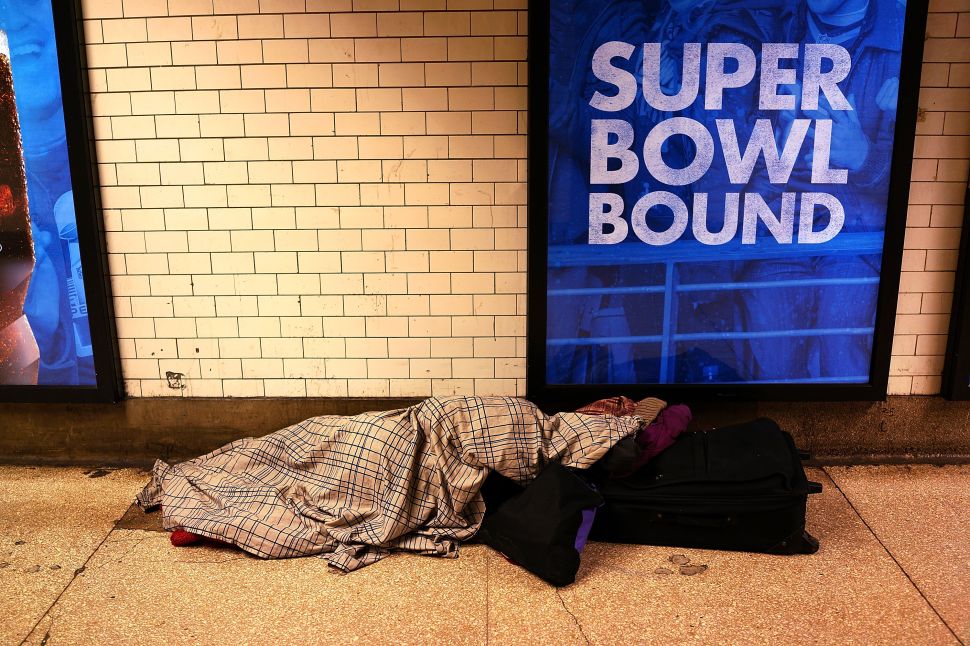